Dig Deeper - On board Hospital Ship No. VIII (the Grantala)

"It is the hospital ship, with its Red Cross flag flying aloft, that stands as the one humane agency in the midst of the horrors of modern naval warfare."

Just days after the declaration of war on 5 August 1914, the passenger ship Grantala was taken over by the Royal Australian Navy. It was converted into a hospital ship within three weeks, with room for 300 patients, and renamed Hospital Ship No. VIII. The Sydney Morning Herald reported in August 1914 that “friends on shore have sent gifts of books and tobacco, cards and games, and other presents and comforts for wounded sailors”. It was to be the Navy’s first and only hospital ship.

Along with doctors and sick berth attendants, seven nurses from Royal Prince Alfred (RPA) Hospital in Sydney joined the medical team on board. Sister de Mestre was appointed Matron. The ship’s Principal Medical Officer, W. N. Horsfall commented that, "they were all accustomed to working together on shore, and a good spirit animated the nursing staff throughout their commission". The women were required to purchase their own uniforms, and, unaware of their destination, chose an all-white outfit in keeping with that of the Navy. By 8 September, they were heading for Townsville, and then on to Rabaul, New Guinea.

The Grantala accompanied the Australian Naval and Military Expeditionary Force at Rabaul before also treating patients from action with the Germans at Suva and in the Pacific. Captain Brian Pockley, the first Australian officer killed in action was a doctor, also from RPA. Sister Rose Kirkcaldie recalled that, "he was well known to us and a much valued friend. It was with real grief we learnt of his death."

On their return to Sydney on 22 December 1914, the Grantala’s naval and medical personnel were paid off. The nurses were keen to continue in active service, but were advised that further service abroad was unlikely as the war would soon be over. Sister Kirkcaldie promptly made her own way to England and joined the QAIMNS. Matron de Mestre and four of the others later joined the AANS and served overseas, several on hospital ships. 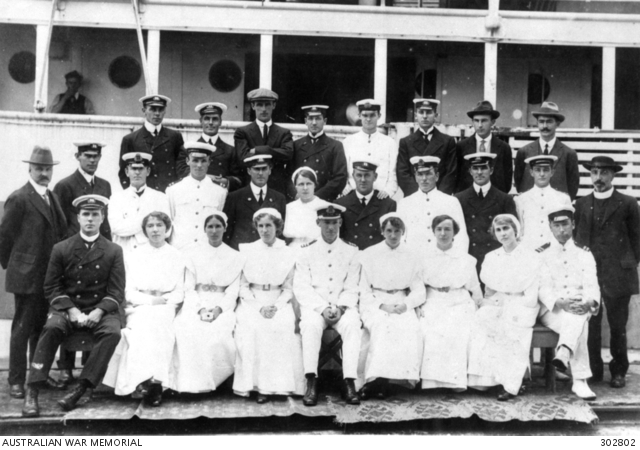