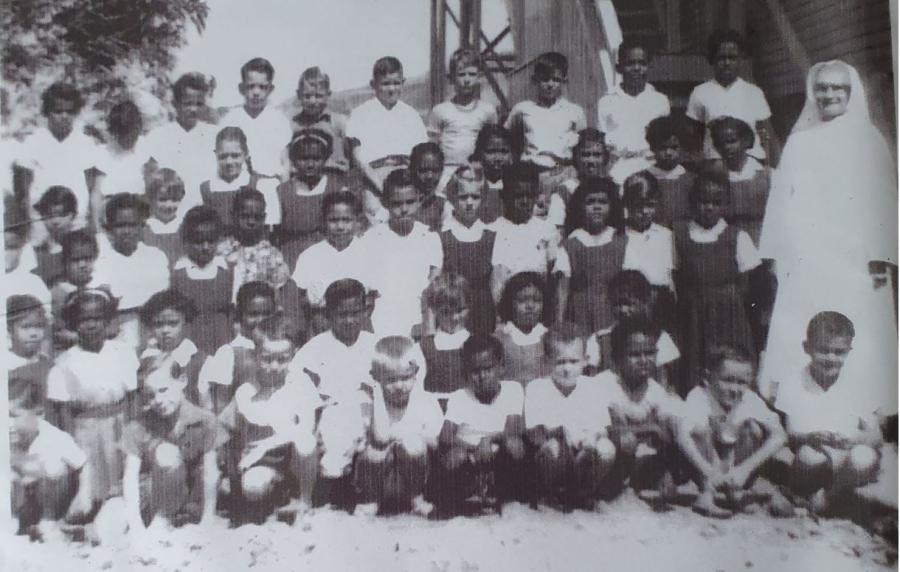 Pamela Tapim and Frances Visini have been the best of friends since childhood.

Born and raised on Thursday Island, the two Torres Strait Islander women went to school together before joining the Royal Australian Navy in the 1970s, forging a friendship that continues to this day.

They shared their story with Kerryn Ah Chee, Indigenous Research Officer at the Australian War Memorial in Canberra.

Kerryn is a proud Kulkalgal woman from Masig (Yorke) Island, one of the central islands in the Torres Straits (Zenadth Kes). She has been working with the Memorial’s Indigenous Liaison Officer, Michael Bell, to help identify Torres Strait Islander women who have served or are still serving.

“On my arrival at the Memorial, I discovered there was little information about Torres Strait Islander women who had served in Australia’s Defence Forces,” she said.

“Torres Strait Island culture varies between the island groups, and is distinct and different from Aboriginal culture.

“I set out to collect and present their stories to ensure that the diversity of women in service is recognised.

“This is the story of two such women.”

Pamela Tapim (née Bowie) and Frances Visini (née Ah Mat) grew up on Thursday Island, or Waiben, one of the Inner Islands of the Torres Strait, and part of the Kaiwalagal Kawrareg Aboriginal Nation. Pamela and Frances also have strong family connections with the Near Western Islands and Malulgal Nation.

Pamela’s family has ties to two Near Western Islands – Badu and Mabuaig Islands – on her father’s side, as well as ties to Moa, Horn Island and Thursday Island on her mother’s side. She is one of nine children, three of whom joined the Australian Defence Force. Her younger brother, Donald Bowie, joined the Australian Army; her older brother, Philip Bowie, was one of the first Torres Strait Islander men to join the Royal Australian Navy.Frances, known as “Choppy”, identifies as Indigenous Australian. Her father is of Indian and Aboriginal heritage. On her mother’s side, Frances has connections to the Near Western Islands and the island known as Mabuiag. She also has ties to Mer in the Eastern Islands, as her mother was adopted through an “island adoption”. 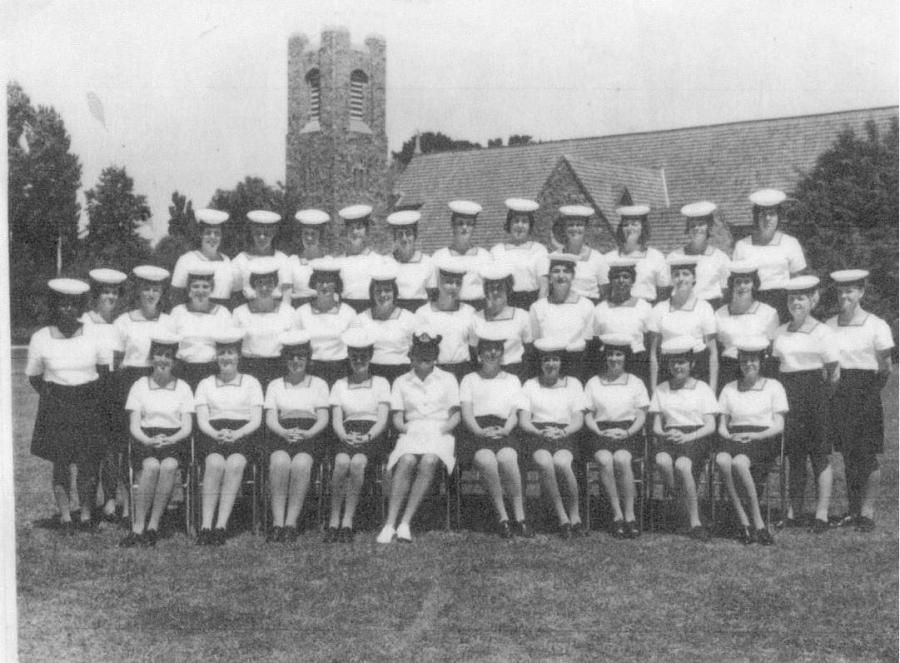 The WRANS was established early in the Second World War to make more men available for service at sea. By 1942, there were about 500 WRANS members in the navy; in 1945 there were 3,122 women in service.

Disbanded after the war in 1947, the WRANS was re-established in 1951 in response to Cold War-related manpower shortages. In 1959, the WRANS was designated a permanent part of the Australian military, and in 1984 female personnel were integrated into the RAN. In 1985, limited billets or roles were made permanently available for women at sea and by 1990 the RAN deployed the first Australian women into combat-related duties in the Middle East on Operation DAMASK. In 1998, women were authorised to serve in submarines and today all navy ranks, roles and categories are open to personnel regardless of gender.

When Frances and Pamela decided to join the WRANS, neither knew the other had decided to enlist. They had both been inspired by Frances Loban, a Torres Strait Islander woman who had joined the WRANS.

“We both knew we wanted to join the navy because of Frances Loban,” Frances said.

“I used to love watching her when she’d come home on leave in her navy uniform.

“I was on my way to work and happened to take a different shortcut as I saw a navy recruitment sign outside of the Town Hall.

“I decided to go in and do the test, which I did, and then I walked out, and that was it for me. I forgot all about it afterwards. Then on my 17th birthday I got a telegram that advised I was accepted.”

Pamela’s circumstances were a little different.

“I did the test as well,” she said. “But had to overcome one more obstacle.”

Being short, Pamela was worried she wouldn’t meet the height requirements. Fortunately, fashion came to her aid.

“It was my Afro hairstyle that managed to help me get over my height measurement,” she said.

A short while later, Pamela relocated to the mainland, and moved to Gladstone with her sister. It was there that she received the news she’d been waiting for.

“I got my telegram in Gladstone,” she said. “Actually I got two: one from the navy; and one from my grandmother that said, ‘Join and Go.’” 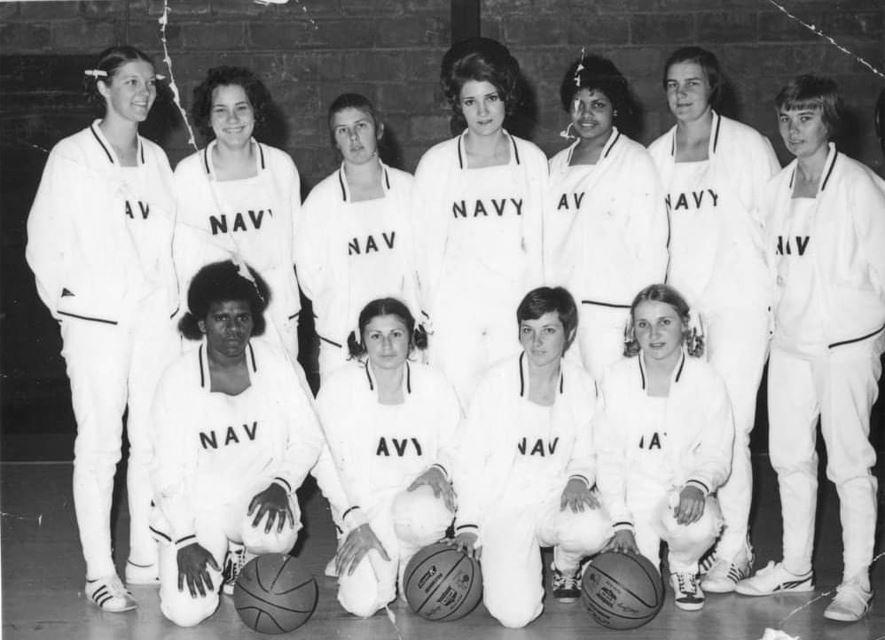 She followed her grandmother’s advice.

“Travelling to HMAS Cerberus in Victoria, Frances and Pamela had their eyes opened, and everything around them seemed amazing,” Kerryn said.

“They arrived at Spencer Street on Melbourne Cup Day, with the city in full Cup fever, and were on the bus together going to HMAS Cerberus on the Mornington Peninsula.

“They had both been anxious about joining recruit school, knowing they had to share rooms with strangers ...

“[But] they connected immediately, and felt at ease knowing they had each other to lean on during training.

“Once they had settled into the blocks and unloaded their baggage, they were marched to naval stores to get their uniforms and shoes.

"It was the first time either had worn shoes; living on Thursday Island, there was no reason not to go barefoot.

“Frances accidently ended up with shoes that were two sizes too small, and her feet were squashed into the tiny shoes.

“Embarrassed, she did not say anything about it at the time, but as time went on, she collected the correct size shoes.”

The only Torres Strait Island women in their intake, Frances and Pamela decided they would speak creole – “Matha lego creole” – to one another.

“At one point, they were told to speak English, before Pamela responded that they ‘weren’t born with the English tongue in our body,’ and they received an apology,” Kerryn said.

“But Frances and Pamela said that for the majority of their time as WRANS, they were not discriminated against.

“They did fun activities to get to know the other recruits in their class, and as they had musical and dancing skills, they would perform in front of their peers.

“Frances would wear a green hula skirt – a towel with ‘Thursday Island’ emblazoned on it – while they sang well-known tunes from the 1970s, and used this to do the hula to Pearly Shells.”

After their initial training, Frances and Pamela trained as officers’ stewards, a role which involved hospitality, bar services, and waiting on officers in naval bases and establishments.  At the time, WRANS members were not allowed to go to sea, instead undertaking their duties ashore. 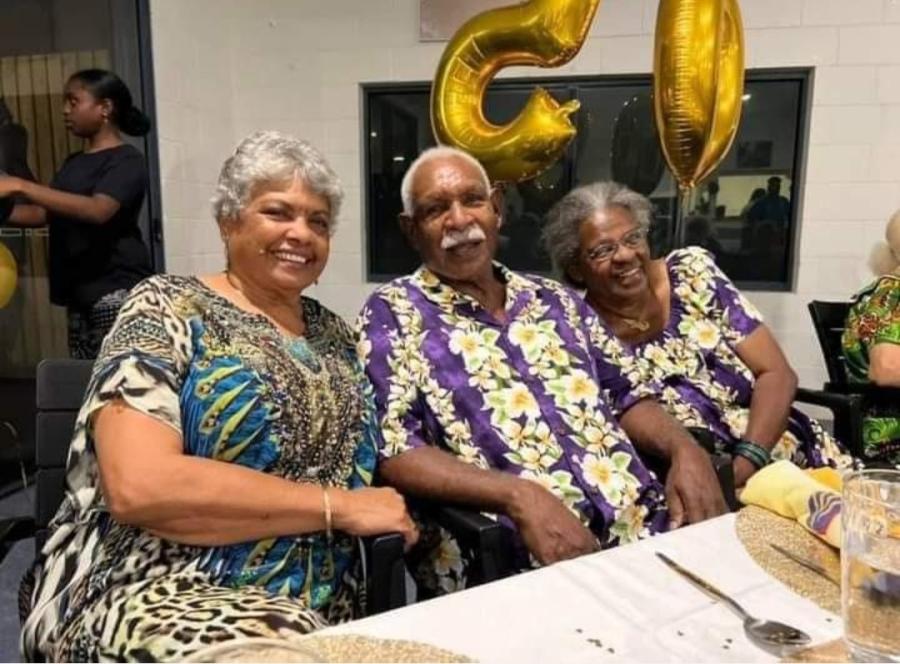 Frances and Pamela, pictured with Pamela's husband, Beimop Tapim. The pair have been friends since childhood. Photo: Courtesy Pamela Tapim and Frances Visini

“Joining the WRANS was one of the best decisions I ever made,” Frances said. “It was great opportunity to get out into the world the big world and experience life in the wider Australian community. Serving my country is something I am still very proud of today.”

Pamela met her husband, Beimop Tapim, a Torres Strait Island naval airman, in Sydney, and Frances was maid of honour at their wedding. Pamela continued to work as an officers’ steward, retiring from the WRANS in 1984. She and her husband would later return to Mer (Murray Island) to raise their three children. They still live there today.

Kerryn hopes sharing their story will encourage other Torres Strait Islander women and their families to come forward.

“Frances and Pamela agree they had a great career and life-journey in the WRANS,” she said.

“They were both born and raised on Thursday Island, and little did they know, they would be in the same intake …

“They enjoyed training and working together, and feel the WRANS gave them life skills and provided them with many varied experiences.

“It’s just lovely how they’ve navigated their way through navy together.

“They ended up working with each other in Melbourne, Canberra, and Nowra, and they’re still really good friends now.

“Their stories provide recognition of Indigenous women’s service, while maintaining a strong connection to each other and their culture.

An ‘island adoption’ is when two families agree on taking a piknini (child) and take them as their own. Generally, there is no legal arrangement around this. It is done when the child is born and the majority of the families do not disclose the information.