'I was lucky with my life' 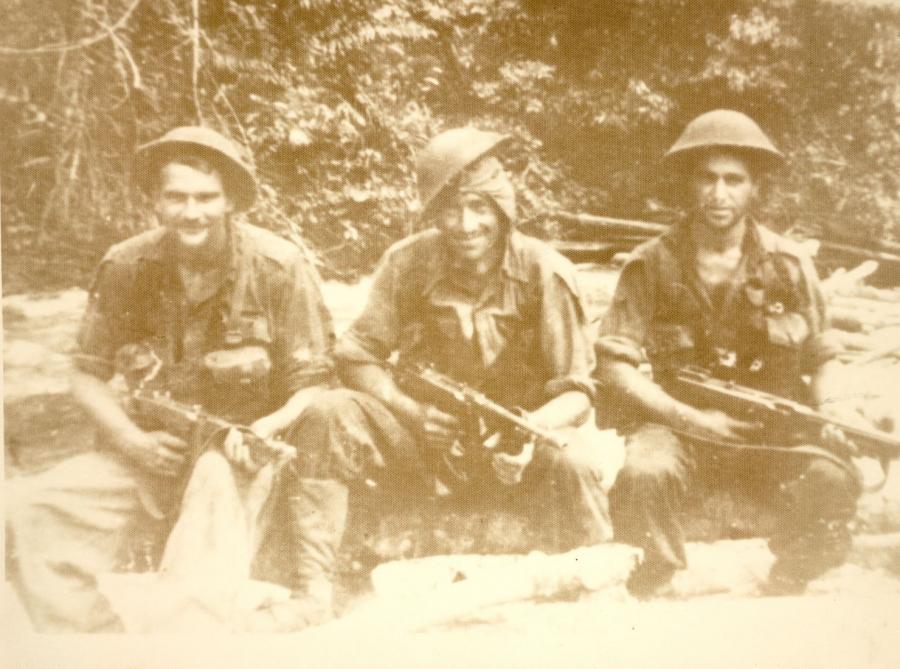 After the Second World War, Kelvin Koorey had a saying: “I was unlucky with my money, but I was lucky with my life.” And lucky he was. A bullet left a crease in his helmet in Syria, one passed through the sleeve of his greatcoat in Greece, and a sniper’s bullet hit him in the head and lodged in his jaw at Kokoda.

When he came home, he kept his damaged helmet, along with a patch of his great coat and the bullet from Kokoda, in a box as a sign of his good luck. His son Brian donated the items to the Australian War Memorial, along with a two-up set Kelvin used during the war, and a Japanese fountain pen and watch that Kel’s brother-in-law collected at Kokoda.

“I grew up with that saying [about luck] my whole life,” Brian said. “Wherever we went, [those things] went with us. They were always just there and I was always aware of them. When I was very young I’d play around with them. Dad’s helmet was always within reach, and the bag of two-up coins sat in a draw for years and I used to play with the pennies and things.

“Even on the Kokoda track he would pull up to have a break for half an hour and take out the pennies and toss them. He carried that bag of two up stuff around with him, wherever he went.”

But his father nearly lost his lucky helmet after being wounded at Kokoda.

“Dad put his helmet on this pile of helmets when they were being demobbed, but when he got outside, he thought, ‘Gee I wish that I’d kept that helmet because it had that crease in it.’

“To him it was a souvenir, and so they allowed him back in, and he ferreted around until he found his helmet, and they let him keep it. To him it was a symbol of his luck.”

Kel, as he was known, was born in Ballina on 17 December 1917 to George and Mary Koorey. He one of four Koorey brothers – Richmond, 28, Nicholas, 26, Kelvin, 23, and Albert, 20 – who enlisted during the Second World War. Their father had emigrated from Lebanon in the late 1890s, and the brothers were keen to do their bit for the war effort. They left their drapery business in Queanbeyan in the hands of one of their shop assistants, Phyllis May Roberts, whom Kel would later marry.

Kel enlisted on 29 May 1940 and joined the 2nd/1st Pioneers. When he arrived in North Africa, he transferred to the 2nd/3rd Battalion on 2 February 1941 to be with his younger brother, Albert. He was having lunch with Albert during a patrol in the Middle East when he had his first close call.

“Like a lot of returned men, Dad didn’t talk a lot about the war, but there were snippets,” Brian said.

“They were sitting against a wall having a bite of hard rations or something, and they weren’t aware of any fighting around them, when suddenly a bullet just put that crease in Dad’s helmet. You can imagine the reaction of them both … It certainly gave him a bit of a shock, and he took that helmet with him throughout the war.” 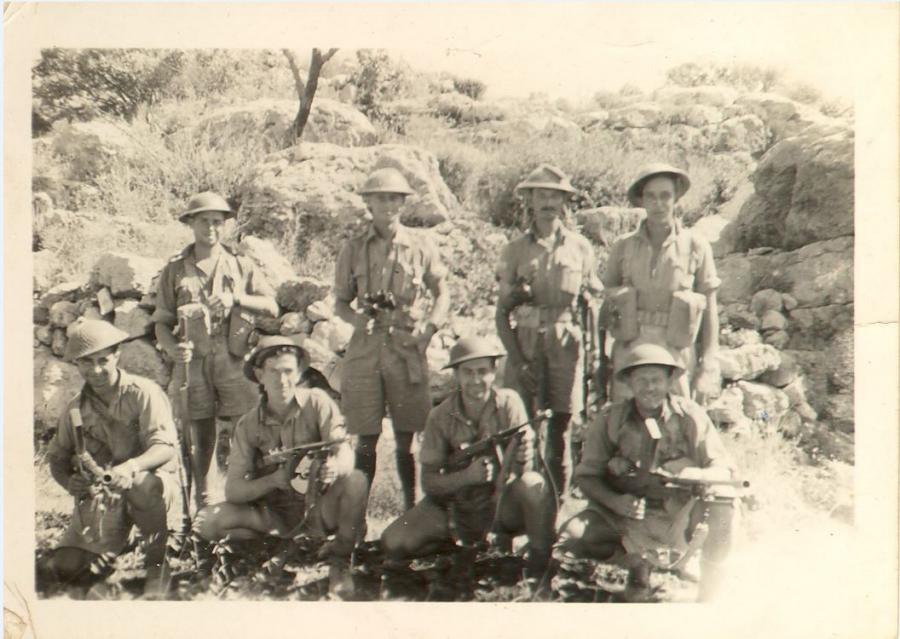 The brothers were being evacuated from Greece when Kel had his next close shave.

“Dad was loaded down with bullet belts and a tank was machine-gunning towards them as they were trying to get away,” Brian said. “Dad was running behind a truck and the blokes inside the truck were reaching out and trying to get him. As Dad managed to grab hold of the tailgate, a bullet passed through the sleeve of his great coat.”

Kel kept the patch with the bullet hole in it as a souvenir. But it wasn’t long after his lucky escape, that he and Albert received some terrible news. Their older brother Nicholas, a bombardier with the 2/6 Field Regiment, was the first Australian casualty in the Syrian campaign, dying of his wounds on 20 June 1941. He is buried at the Beirut War Cemetery, in the land of his forefathers.

“It is horrible, Dad,” Kel wrote to his father George on 28 July 1941. “But try and take consolation from the fact that he knew no pain and that he died fighting as a member of the greatest little army in the world – fighting too, for a cause that is true and just. He could not have had a gamer or better death – hard as it is, try not to worry too much.”

The next year, Kel and his brother Albert were both wounded within a day of each other during the Kokoda campaign. They were at Oivi on 6 November 1942, when a sniper’s bullet hit Kel in the head and lodged in his jaw. Albert was wounded in the arm the following day.

“I remember Dad telling me, ‘I’ve never been hit so hard in my life’,” Brian said.

“The medics said it was probably a sniper given the angle that it came down through the top of his head through the jaw. The bullet had probably hit foliage, and because it was tumbling when it hit him in the head, it’s obviously caused him a huge amount of damage, but he survived it … Dad walked out after that gunshot so that in itself is pretty incredible.”

Kel made it to an airfield, but almost missed his chance to be evacuated to Port Morseby. “The bloke in the plane said, ‘I can take one more,’ and as dad stepped forward, an officer who wasn’t wounded at all pushed past him, and said, ‘I’m taking that spot.’ Dad reached out and did something he probably could have been court martialled for – he grabbed this bloke by the shoulder, and pulled him back and said, ‘No, you’re not mate, I’m going.’”

Kel was sent home to Australia for surgery and was discharged the following year because of his injury. He became a publican after the war and died in 1998.

“He was an absolutely fine man,” Brian said. “He was a real ‘mine host’ and had a marvellous reputation as a publican … But his brother Albert said to me – and he only died a few years ago – ‘I wish you’d known your father before he went to the war.’ He came back a changed man, as I’m sure lots of them did.” 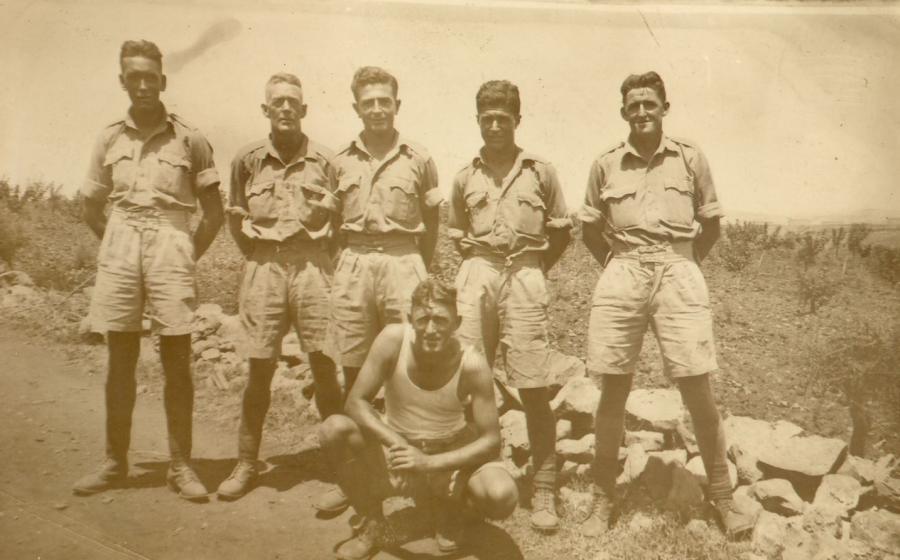