Sedoi Harvey: a life of service 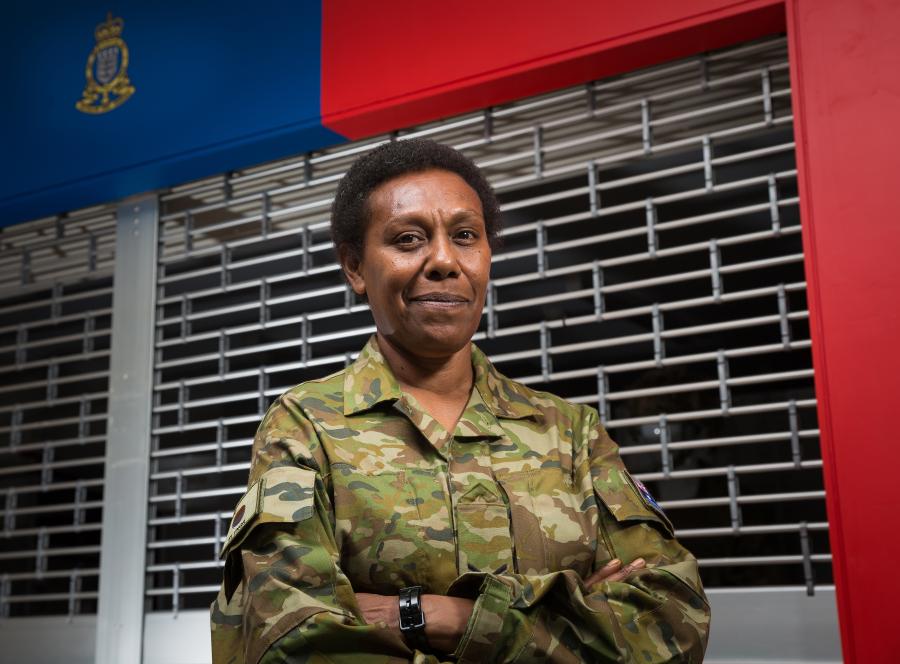 Growing up in Townsville in the 1970s, Sedoi Harvey would often see soldiers.

Seeing them around town, in the movies, and on her television screen at home, she was inspired to join the army. She would go on to serve in the Australian Army for more than 20 years.

She shared her story with Kerryn Ah Chee, the Indigenous Research Officer at the Australian War Memorial in Canberra.

A proud Kulkalgal woman from Masig (Yorke) Island in the Central Islands of the Torres Straits (Zenadth Kes), Kerryn has been working with the Memorial’s Indigenous Liaison Officer, Michael Bell, to help identify Torres Strait Islander women who have served or are still serving.

“Being at the Memorial, I discovered there was little information about Torres Strait Islander women who had served in Australia’s Defence Forces,” she said.

“Torres Strait Island culture varies between the island groups, and is distinct and different from Aboriginal culture.

“I set out to collect and present their stories to ensure that the diversity of women in service is recognised.

“This is the story of one such woman.” 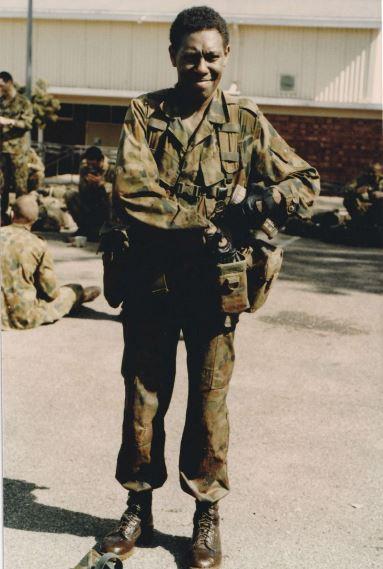 Sedoi Harvey says joining the Australian Army was one of the best decisions she ever made. "I can say if I can do it, you can do it to.’” Photos: Courtesy Sedoi Harvey

A Torres Strait Islander woman from Townsville, Sedoi Harvey was born and raised in Far North Queensland, one of 11 children. Her mother has connections to the Western Island of Badu, part of the Malulgal Nation, while her father has connections to Darnley Island, part of the Eastern Islands, and the Kemer Kemer Meriam Nation. She has ties to the Morseu family of Badu on her mother’s side and to the Reuben family of Darnley Island on her father’s side.

Her father, Private Harry Reuben, joined the Torres Strait Light Infantry Battalion at the age of 22, and served with A Company during the Second World War.

A brother-in-law also served in the army, while other family members joined the navy.

Growing up on the mainland, Sedoi felt the army was the right choice for her.

“In the ’70s, she saw a lot of people in the army, and I think really inspired her to want to join,” Kerryn said.

“She wanted to get a taste of life in the army, so she joined as a reservist in her late 20s, and then after about two years in the reserves, she made the decision to join full-time.

“And she said it one of the best decisions she made.” 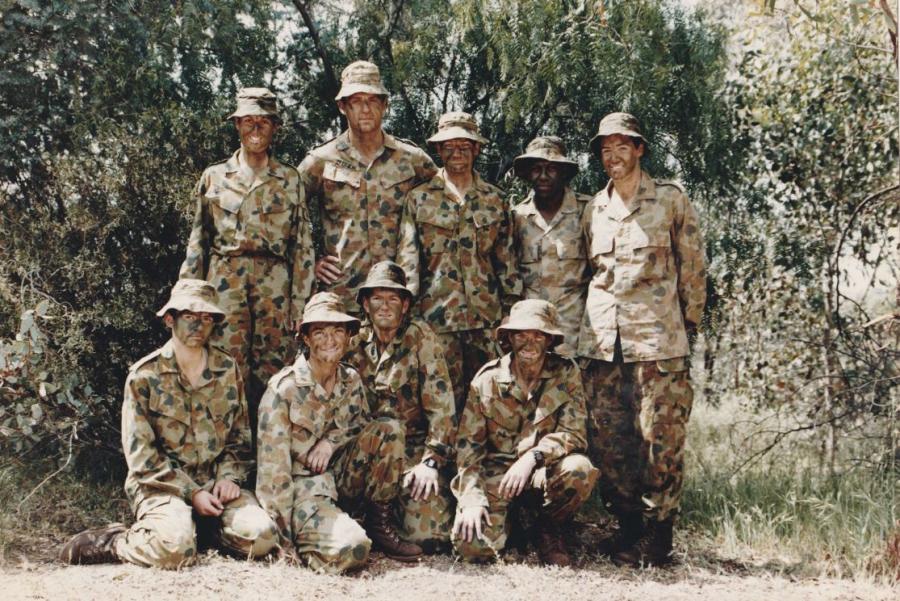 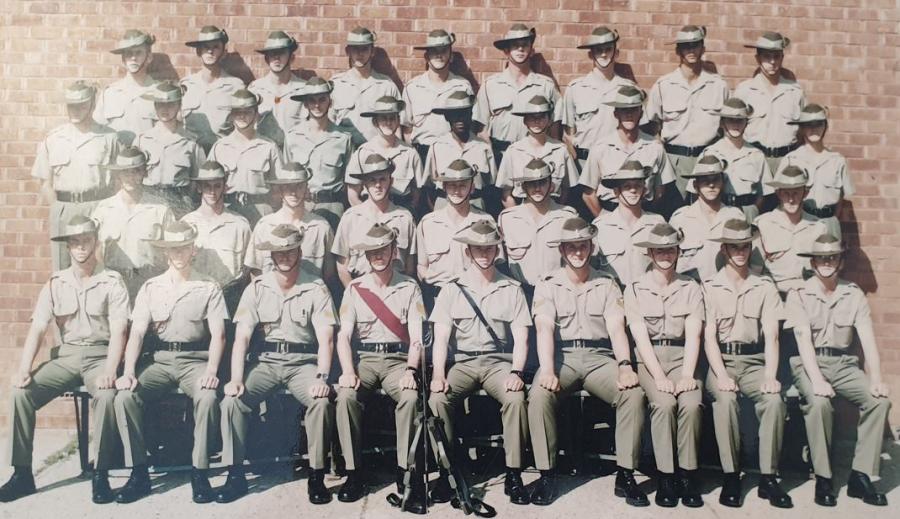 Having joined the Army Reserve in Townsville in 1993, Sedoi transitioned into full-time service in August 1995. She began Recruit Training at Kapooka, near Wagga Wagga, on 8 August, one of eight women in 21 Platoon, Charlie Company.

“She said training for the reserves was the hardest thing she’d ever done in her life, and then when she joined full time, she had to do it all again,” Kerryn said.

“Initially, she thought she was in hell. It was the most challenging experience she’d ever had, but she saw it as a new challenge and she overcame it.

“It was hard work, but she said it helped build her resilience and her confidence, and it’s what made her stronger as a person.

“It made her proud to know she was able to accomplish the training and recruitment twice.

“To those wanting to join the Defence Force, she says: ‘I can say if I can do it, you can do it to.’” 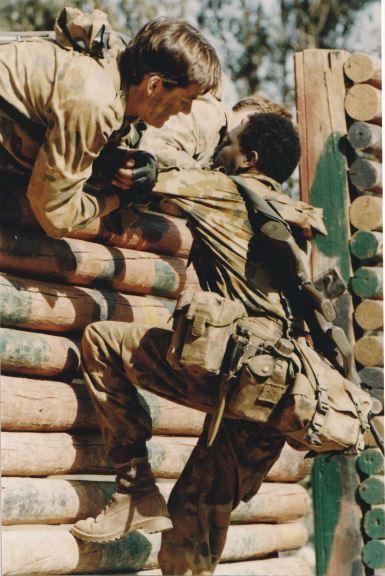 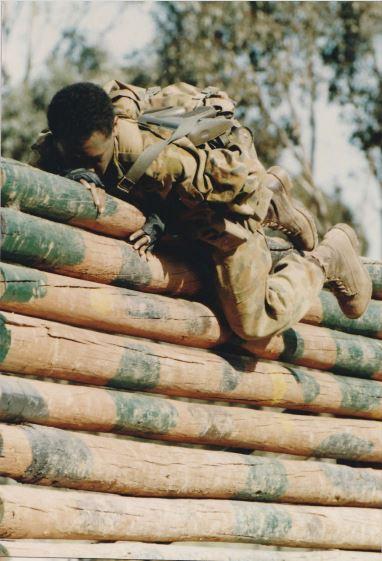 Sedoi went on to train as a clerk, serving at Gaza Ridge Barracks in Albury/Wodonga, the Directorate of Officer Career Management – Army in Canberra, and the Land Command Unit based in Townsville. She also served with 2 Field Supply Battalion and 3 Combat Support Services Battalion before joining the Australian Defence Force’s official tri-service ceremonial unit, the Australian Federation Guard.

Sedoi took part in a range of different ceremonies in Australia and overseas, from Royal Guard duties at Government House to drill ceremonies and catafalque parties at the Australian War Memorial.

One of the highlights of her career was when she travelled to the United Kingdom, performing as a Royal Guard for Queen Elizabeth II at Hyde Park Corner for the dedication of the Australian War Memorial, London, on Remembrance Day 2003.

“Sedoi had always wanted to go to Europe, and it was an exciting opportunity, just to be able to go overseas,” Kerryn said.

“She met the Queen and Prince Philip, and she said it was probably one of the most exciting things she had ever done in her career.

“She said the Duke of Edinburgh asked her where she was from, and what her background was, and I thought that was just lovely.

“The trip was topped off with meeting the Brisbane Bronco players and Nancy Wake, the White Mouse, at Australia House.” 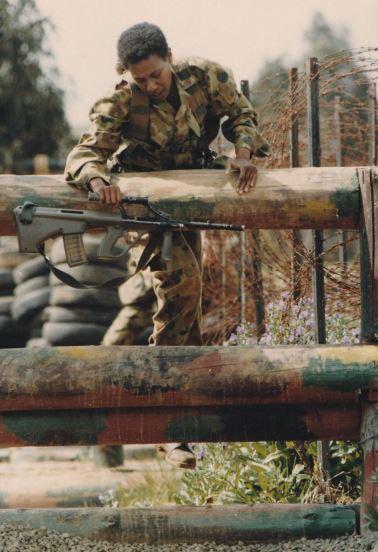 Sedoi also served in East Timor, first in October 1999, and then again in 2007, when she was attached to the 1st Battalion, Royal Australian Regiment.

In 2008, she was posted to the Pilbara Regiment in the north-west region of Western Australia. One of the Army’s Regional Force Surveillance Units, it operates across more than 1.3 million square kilometres of some of the harshest and most remote areas of the country.

She decided to take a break from the army in 2010, and spent 2011 working as a publican, running a country hotel in regional Victoria for 12 months.

Sedoi transferred back into the Regular Army in 2015 and was posted to 1 Combat Engineer Regiment in Darwin for 12 months before returning to Weipa as a quartermaster for Bravo Company, 51 FNQR. 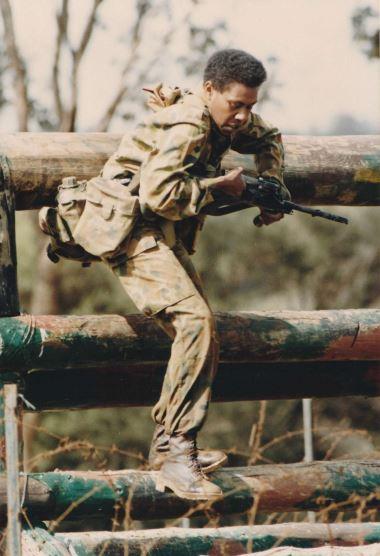 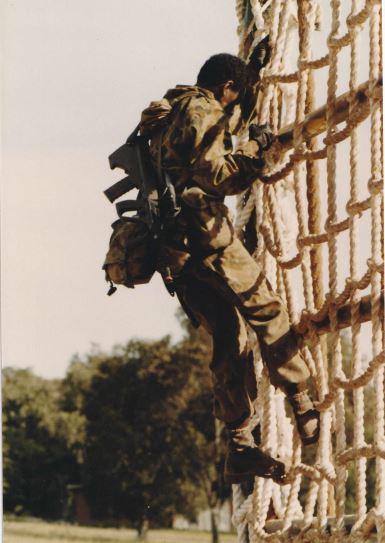 “Sedoi said being posted to Weipa was by far one of the best postings of her career,” Kerryn said.

“She had the opportunity to work with Aboriginal and Torres Strait Islander servicemen and servicewomen, and she felt very humble and reconnected, working in a remote and rural community.

“Having been raised in Townsville, and brought up on the mainland, she didn’t have exposure to Ailan Kustom, or island culture, so it was a real eye-opener for her to see.

“The local Aboriginal and Torres Strait Islander people taught her more about the culture, and she was able to connect with the people there, and with the whole environment.

“She felt culturally connected to the community and to the land, and it made her feel really humble and proud of who she was as a person.”

Sedoi was diagnosed with post-traumatic stress disorder in 2017; the same time as her husband, Kevin Harvey, a fellow Army veteran, was diagnosed with cancer. They returned to Melbourne to be closer to his family before he passed away in 2018. 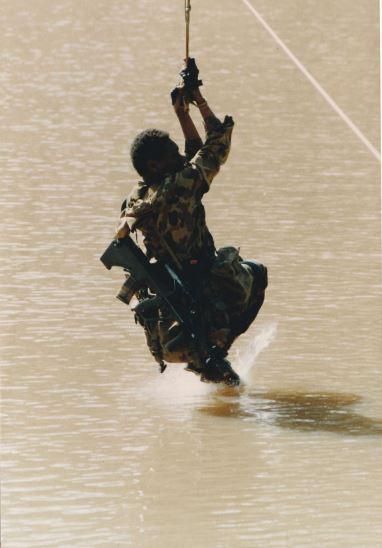 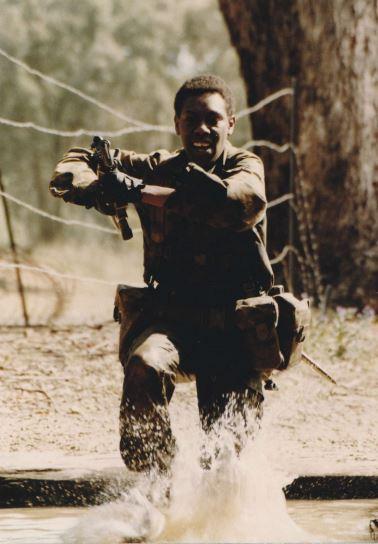 Sedoi’s last posting in the Army was to the School Of Transport, at Puckapunyal, in Victoria. She finished on 31st January 2019, having completed more than 20 years of service.

“Sedoi said joining the Army was the best decision she ever made,” Kerryn said.

“It gave her respect, self-confidence, and the belief that she could accomplish anything she wanted to achieve in life.

“As a Torres Strait Islander woman, it was a great privilege to listen to Sedoi’s story and to hear about the career she had.

“Her story is quite inspirational, and she’s really humble about her service.

“I think it is really important share these stories and to provide recognition for Torres Strait islander women who have served.

“There’s a lot of women who have joined the army, air force and navy, and everyone’s journey is different.

“It’s important to me to share their stories and to shine a light on these women and what they did.

“It’s about recognition of their service and what they’ve done.” 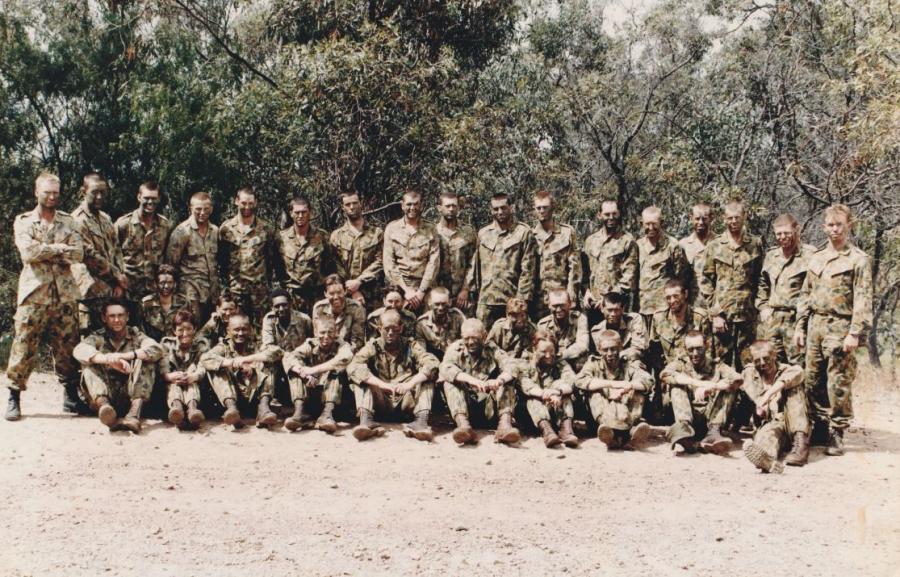 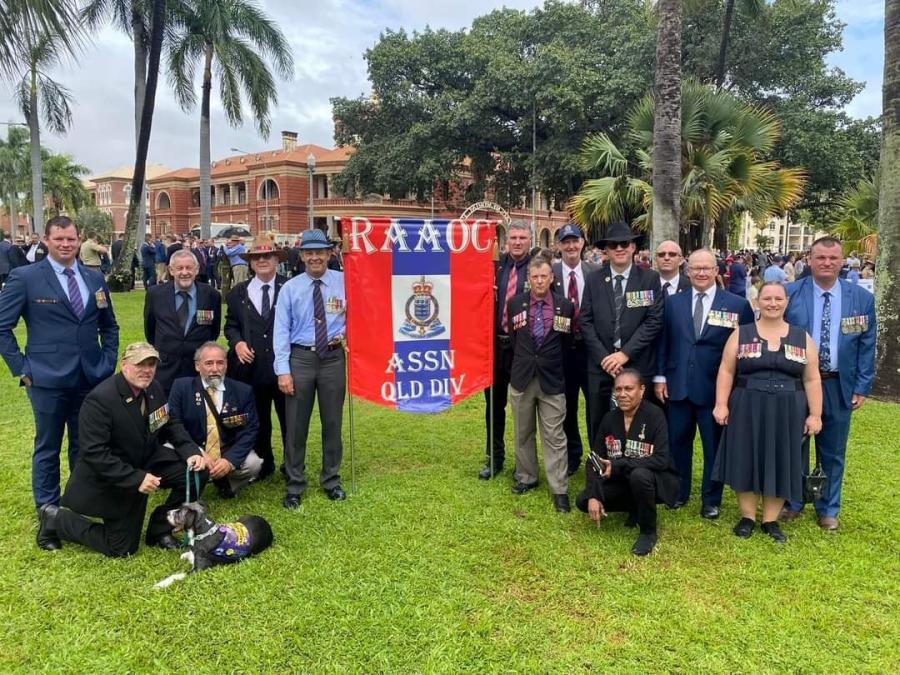