'He never forgot he was a Light Horseman' 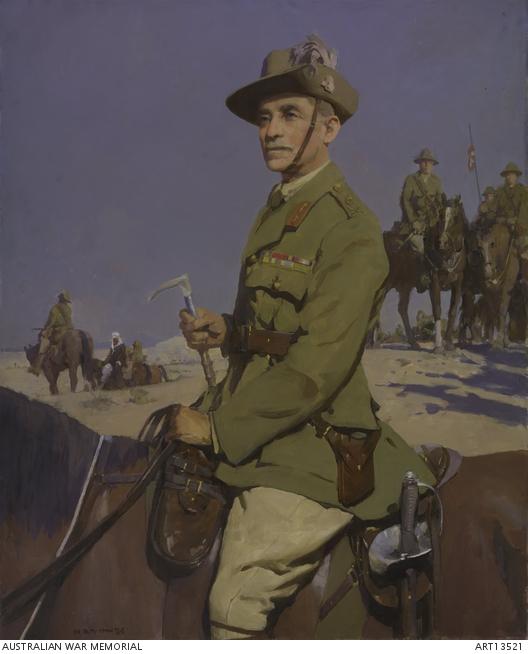 He served in three wars over half a century, led the army during peacetime, and was the first Australian to attain the rank of general, but Sir Harry Chauvel never forgot that he was a Light Horseman. When he retired from the army in 1930, he had one simple request: to ride every day.

“He was a great horseman, and it was a really important thing for him, to keep that horsemanship up, and … to feel that heritage of being a Light Horseman,” said Chauvel’s grandson James Maberly, who served as an officer in the British Army with the Royal Scots Dragoon Guards.

“A particular charger was brought to him by a groom every day and he would go for a ride in South Yarra. Even on those days when he was too ill, the horse would still arrive and he would say, ‘I’m terribly sorry, I can’t do it today,’ or my grandmother would go down and explain … but the charger always came.” 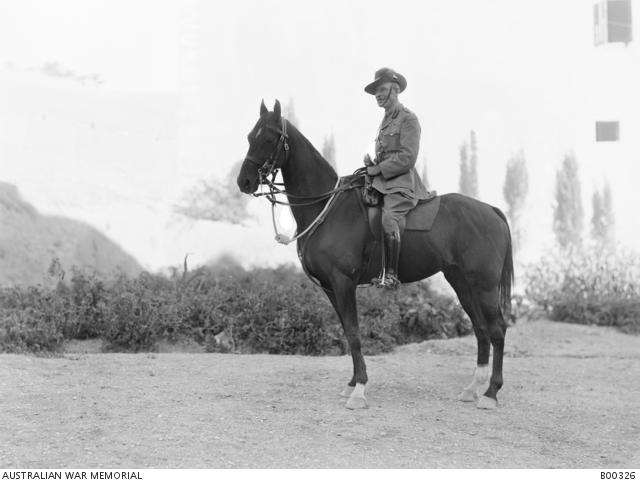 A portrait of General Sir Harry Chauvel and his charger.

The son of a grazier, Henry George Chauvel was born in April 1865 at Tabulum in northern New South Wales and grew up around horses. He served during the Boer War and the First World War, commanding the 1st Light Horse Brigade on Gallipoli and leading the Desert Mounted Corps across the Sinai to success at Romani, Rafa, and Maghdaba. But he is perhaps best known for the successful charge at Beersheba in October 1917 and the triumphant Australian entry into Damascus the following year.

“[Growing up] I knew that he was an important person,” Maberly said. “His portrait was in the house and there was a photograph of him standing next to King George VI taking the salute, but the interesting thing is that … he had to get permission from King George VI to wear the slouch hat … And he did. That was his thing – ‘I’m a Light Horseman.’”

Chauvel’s slouch hat is now part of the national collection at the Australian War Memorial in Canberra and his uniform and sword are displayed alongside his medals and his Corps Commander’s standard. 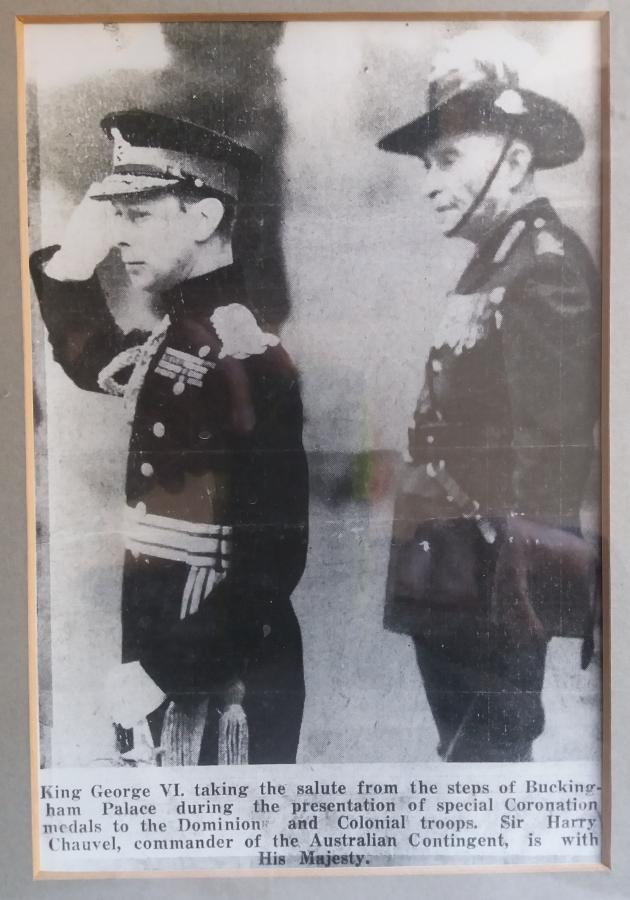 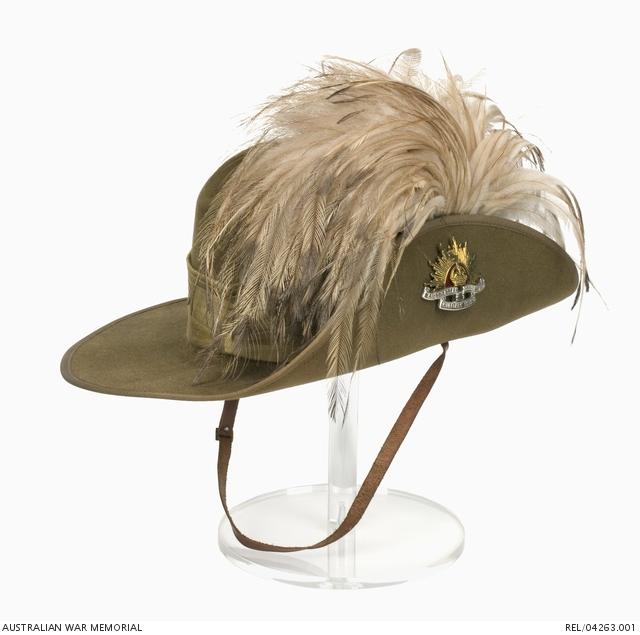 The slouch hat General Sir Harry Chauvel worn during visit to London in 1937 as leader of the Australian contingent at the coronation of King George VI. He is thought to have chosen to wear the earlier pattern Staff Corps badge on the hat for its greater decorative effect.

For Maberly, whose mother Eve was Chauvel’s youngest daughter, it was particularly special to visit the Memorial and see his grandfather’s portrait by the First World War Galleries. When the painting was commissioned in the 1930s, Chauvel wrote to then director of the Memorial, John Treloar, asking if the artist, W.B. McInnes, could paint him with his horse.

“He was what you might call a very humble person,” Maberly said. “He was a quiet man and he was very down to earth. He was not a person who was looking for grandeur. He was comfortable in his role as a military leader, but he was uncomfortable in the public role of it. He wasn’t a showman.

“His attitude was one very much of balance. As a military leader, his aim was not to just achieve the goal which had been set for him by his superiors, his aim was to achieve it [while] recognising that he had people who he wished to still be there at the end of the event.

“He spent a lot of time plotting and thinking about what the next move should be to achieve what he had to achieve to the benefit of everybody … It wasn’t the goal at all costs, it was the goal achieved in the best possible way to keep his force together … Everything was carefully considered and thought about before he went into a particular battle to try and minimise the possibility of casualties and losses among his people … 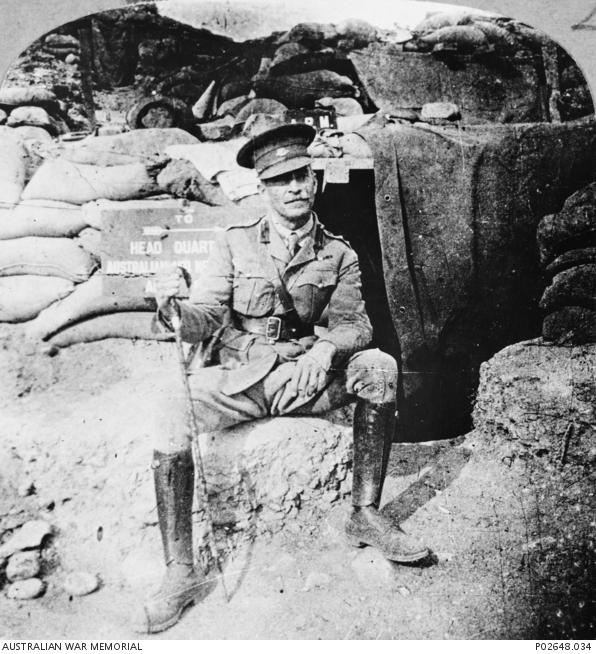 General Sir Harry Chauvel sitting outside his headquarters at Monash Valley on the Gallipoli Peninsula in May 1915.

“At Gallipoli, when they were doing a major thrust, and there were waves of people … going over the top of the trenches, the first wave went over, and these guys hadn’t got more than three or four paces and they were all gunned down.  And so when he had that report back from the commander in the trenches, he said, ‘Don’t send anyone else.’ So they didn’t.

“And somehow he got away with that ... A lot of other people were just sending wave after wave of people over, [but] he didn’t do that. He could see that there was absolutely no point and that they were just going to massacre all the people …

“It was a court martial type thing, if you like, not to do that, so I don’t know why nothing happened to him. It may have been the fact that they were just jolly pleased that so many people had survived to fight another day.” 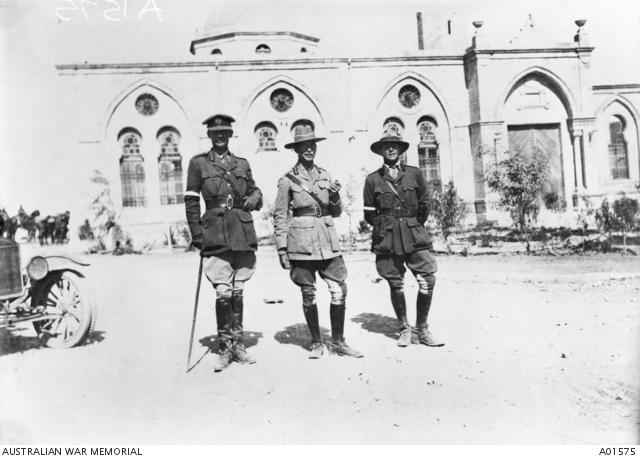 At Beersheba, Chauvel ordered the famous cavalry charge of the 4th Australian Light Horse Brigade on 31 October 1917 which resulted in the capture of the town and its prized water supply.

“Funnily enough, [my mother] didn’t actually specifically talk about Beersheba,” Maberly said. “She never made out, and I don’t think he ever made out, that [Beersheba] was the most important thing he’d ever done.

“It’s been mythologised, and to be honest, if he was sitting here now, he would say to you, ‘Oh for goodness sake, you know, it was just a military decision at that particular time, and it worked.’ And thank goodness it worked because if it hadn’t worked they would have had a serious problem.”

After the war, the charge was immortalised by his nephew, Charles Chauvel, in the film, the Forty-thousand horsemen.

“Granddad was hopelessly embarrassed about the whole thing,” Maberly said. “He really didn’t want to do it … And then of course, The Light Horsemen came out, and again it was a very well made film, and it was very effective, and so the myth has been perpetuated … but one’s got to be careful that the myth doesn’t take over.

“As a kid I was particularly proud of him. He was a general, and he was the commander of the Australian army and so forth, and there were all these wonderful pictures of him, but my mother, never ever glorified him. She never said, “Gosh, he was this amazing, great man.’ From her perspective, he was an ordinary guy who did some pretty good work." 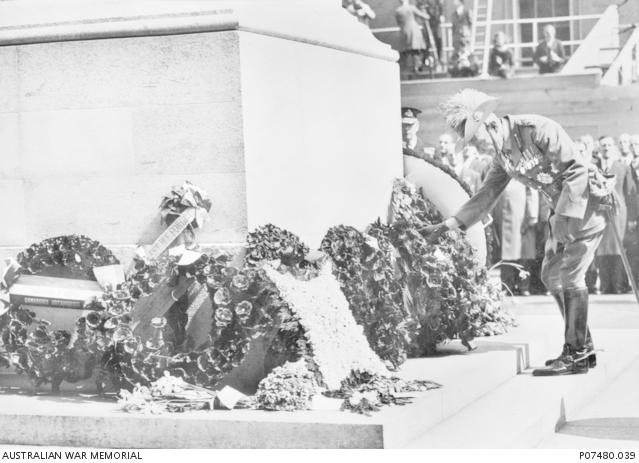 Sir Harry Chauvel laying a wreath at the Cenotaph in London during the Anzac Day ceremony in 1937. This image is from the collection of Claude Jabez Powter who served in the First World War and with the Australian Contingent for the Coronation of King George VI on 12 May 1937.

Always one to put others ahead of himself, Chauvel was known for his caring about his troops and their welfare.

“When they were in the desert, he spent a lot of time walking around … talking to his men. His ADC would come with him and they would go and he would sit down and drink tea with everybody and really build relationships with people,” Maberly said.  “And, not every night, but from time to time … he’d just say to his ADC, ‘I’m going to sleep here tonight,’ and he’d sleep there in the field, not in his tent …

After the war, he worked tirelessly to ensure those who didn’t make it home were not forgotten, and believed it was important to look after the welfare of those who returned.

“One of the things he took a lot of note of was how to deal with soldiers when they had come back from the war and, of course, even in Britain no one had really thought about that,” Maberly said.

“And my mother remembers old soldiers would often come begging to the door… and he always sent them away with something, [even though] he only had a very small pension. But he never complained.” 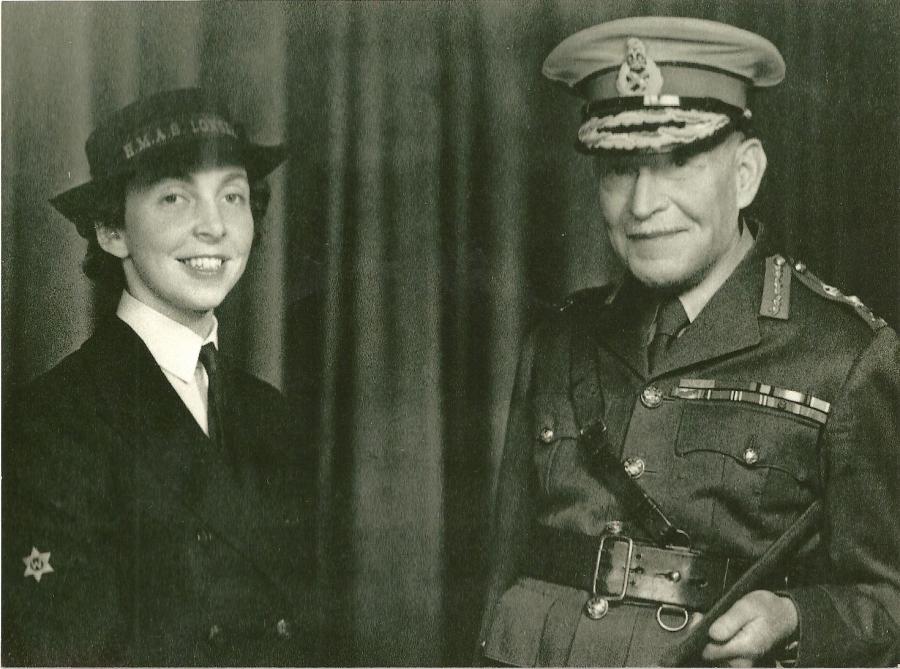 Chauvel was chief of the Australian general staff from 1923 to 1930 and in 1929 was the first Australian to become a full general. He retired from the army in 1930, but in 1940, aged 75, he was recalled to duty and appointed Inspector-General of the Volunteer Defence Corps.

He died on 4 March 1945 and was given a state funeral at St Paul’s Cathedral in Melbourne. During the funeral procession, a riderless horse, with boots reversed in the stirrups, followed the gun carriage to Springvale Crematorium, signifying a warrior has fallen in battle and will ride no more.

“For me, the real interest in my grandfather is in the type of person that he was,” Maberly said.

“That’s what I treasure if you like and the thing that I appreciate so much and that I talk about: this concept of servant leadership. He saw his role in society as being an important one, and he took that responsibility very strongly, but what you get is the measure of the man: his people were important to him and all through his retirement he would go back and make sure that his old soldiers were okay …

“He was a very humble, quiet sort of man, and he never forgot he was a Light Horseman.” 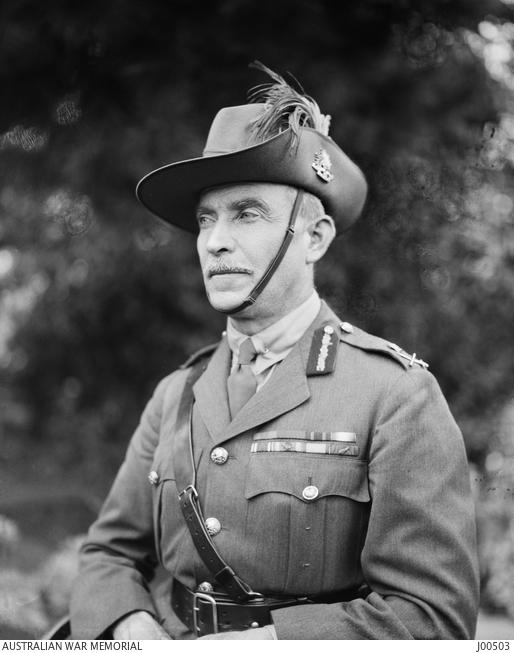