In March 1919, four months after the war was over, the Australian government announced that it would give a £10,000 prize for the first successful flight from England to Australia. Despite the obvious dangers, this appealed to some airmen, not yet discharged, who were awaiting repatriation home. There were plenty of war surplus aircraft available and six crews eventually took part. However only two crews finished. The winning team was the brothers Ross and Keith Smith and their mechanics James Bennett and Wally Shiers, flying a Vickers Vimy two-engine former bomber. They embarked from England on 12 November 1919 and reached Darwin on 10 December - a journey of 28 days. Both Ross and Keith were immediately knighted while Sergeants W. H. Shiers and J. M. Bennett, the mechanics, were commissioned and awarded Bars to their Air Force Medals. The £10,000 prize money was divided into four equal shares. 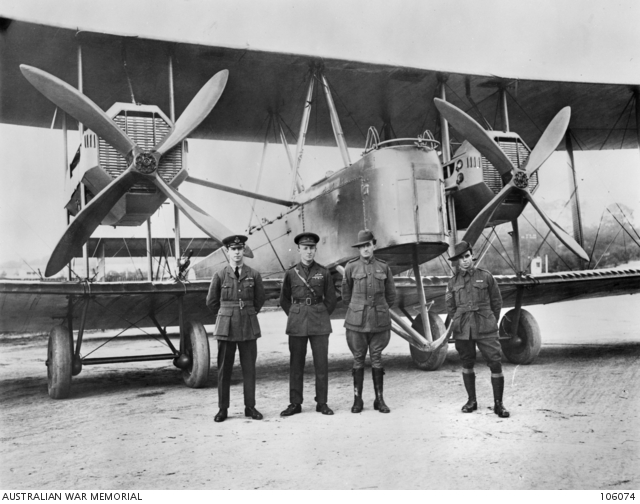 The second team consisting of Lieutenants Ray Parer and John McIntosh didn't start until 20 January 1920 when the race was already won. However this did not deter them. The pair set off and took 237 days to reach home, encountering almost every possible misadventure on the way. Their aircraft, an Airco DH9, was damaged by storms, fires, forced landings, and numerous crashes. At Moulmein in Burma they had a bad accident while trying to avoid the welcoming crowd. Darwin was finally reached on 2 August. They then headed for the southern capitals, crashing again. The aircraft finally arrived in Melbourne on the back of a truck to a huge public reception. 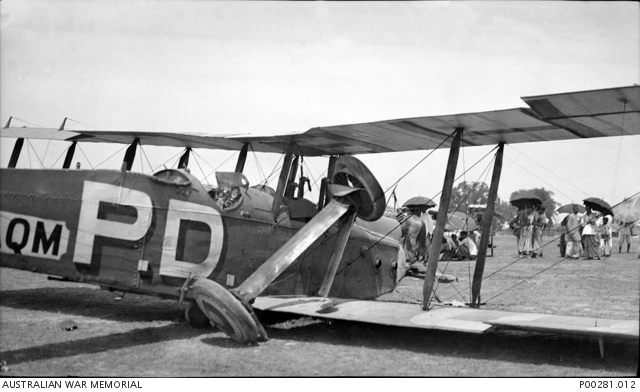 Despite setting the foundations for long distance air travel as we know it today, the Air Race was marred by four tragic losses of life. Two crews fatally crashed attempting to complete the race. They were: Lieutenants James Ross and Roger Douglas on 13 November 1919 at Surbiton, London and Captain Cedric Howell and Lieutenant George Fraser on 10 December 1919 at St. George's Bay, Corfu.