The Cessation of Operation CATALYST

The 31st of July 2009 will mark the end of Operation CATALYST. CATALYST began on the 20th of March 2003 and defined the role of the Australian Defence Force in assisting multinational forces in the stabilization and security of Iraq. It also involved ADF support in the implementation of the country’s recovery programs. 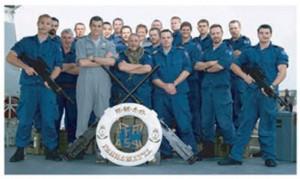 During the course of this operation, the Australian War Memorial’s collection of Iraq material has grown substantially as more and more service personnel realise the value of donating material. The Memorial encourages ADF personnel who have served or are continuing to serve in recent conflicts, such as the war in Iraq, to donate items in relation to their deployment. The experiences of those deployed in recent conflicts have their own significance and uniqueness which are worthy of expression, and the Memorial is eager to obtain material which reflects this. The Memorial realises that capturing recent ADF experiences in the form of diaries, letters and other paper messages remains difficult as email and phones have replaced much of these traditional formats. Under these circumstances, the Memorial endeavours to capture what it can and it has been fortunate to have received some interesting donations. 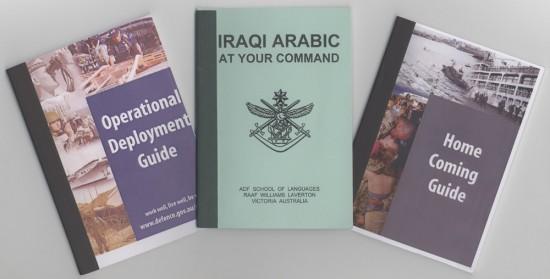 Examples of material in the collection relating to Operation CATALYST include a range of items issued officially to personnel during the course of their deployment, including preparation for deployment. For instance, the items pictured above are instructional pamphlets for personnel.

Other items are more personal and range from souvenirs to correspondence and artistic expression. The items shown above include the first Iraqi postage stamp issued post-Saddam Hussein; Canteen Currency; Transport Tags; an Agro doll - the mascot for HMAS Darwin; and Wipe Out Saddam white board paper. Other items have included the Iraqi booklet on Saddam Hussein and weapons instruction manual, pictured below. 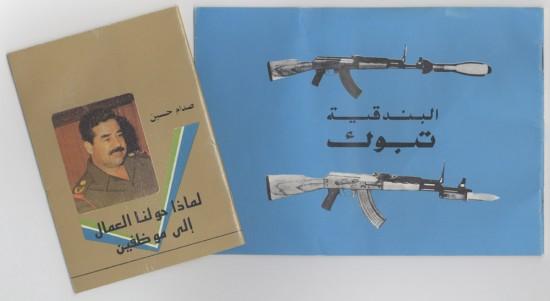 As greater numbers of material are born digital, the Memorial must work harder to capture these representations of the ADF experience. For instance, below is a copy of an electronic newsletter produced by the crew of HMAS Parramatta during its deployment in the Gulf in 2008-2009. Such newsletters depict something of the crew and their life on board. These can be circulated to family members back home and, along with cruise books and unit and squadron histories, they will be useful for those researching the experiences of deployed ADF personnel in years to come. 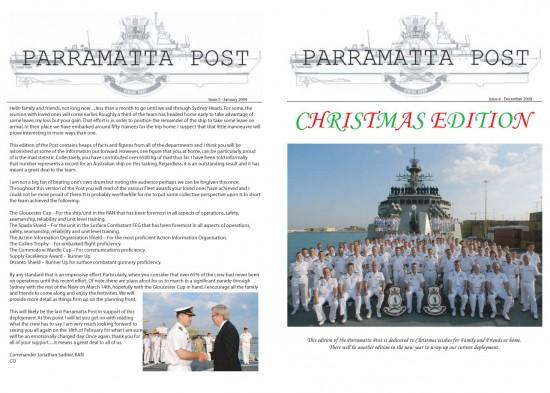 There is no doubt that items such as these reflect something of the experiences of ADF personnel during the Iraq War, including camaraderie and hardship. Colour patches, for example, are not only a way of identifying roles and official attachments but reflect identity. They also make useful souvenirs and many on deployment swap their patches with other personnel, including with international forces. 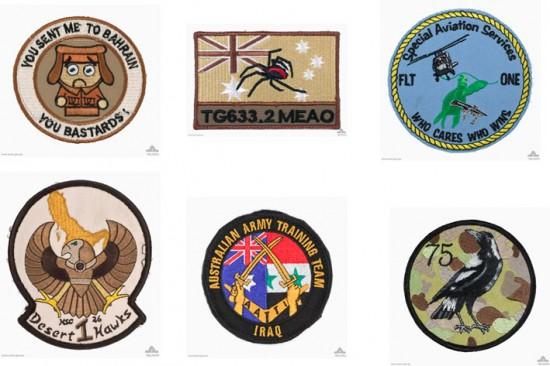 Humour remains important as ever, as is demonstrated by the email joke below. Tradition, however, is just as significant, as illustrated by the copy of a program for an ANZAC Day Dawn Service held by HMAS Toowoomba while in the Gulf. 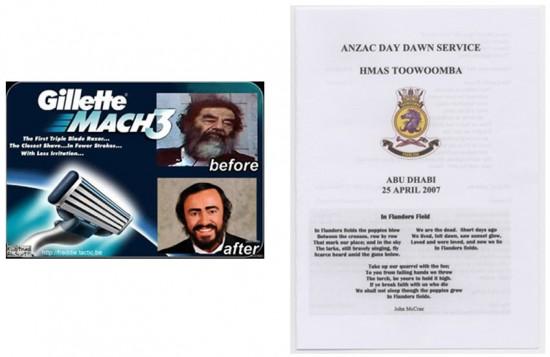 Although CATALYST will conclude at the end of July, the ADF will continue to contribute to the protection of diplomatic staff in Iraq under Operation KRUGER and offer support with the United Nations Assistance Mission for Iraq (UNAMI) under Operation RIVERBANK. Likewise, Operation SLIPPER will continue the ADF’s contribution to the War on Terror in Afghanistan, as well as combating piracy and providing maritime security in the Gulf. 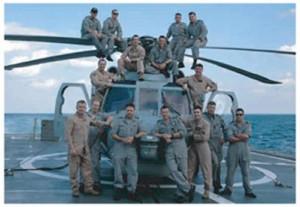 As these and other ADF operations continue, the Australian War Memorial encourages those personnel currently serving to keep us in mind when wondering what to do with those instructional leaflets, souvenir stickers, postcards, photographs and cruise books. These items will express the ADF experience long after the Iraq War has passed into history.

A Finding Aid to the Research Centre's Iraq 2003 Formed Collection may be found on the website of the Australian War Memorial.