The Coronation Contingent of 1953 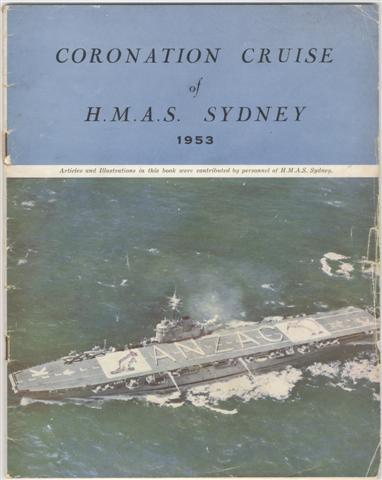 After the death of King George VI in February 1952, planning for the Coronation of Queen Elizabeth began. Tradition demanded a procession of all the Queen’s troops be present and so plans were put in place to form an Australian contingent. There were 250 official representatives from the armed forces sent to the festivities. These official delegates, along with their New Zealand counterparts formed the Coronation Contingent.

On its way to England, the Coronation Contingent, aboard HMAS Sydney and HMNZ Black Prince, made a few stops including Tobruk. Here they held a memorial service at the cemetery. There were four Australian Victoria Cross winners present in the Contingent and they are seen in the following photo. Left to right, the men are Private F. J. Partridge VC, Private E. Kenna VC, 215003 Sergeant J. D. Hinton VC (New Zealand), Private R. Kelliher VC and Sergeant R. R. Rattey VC. The five are standing behind the grave of Corporal J. H. Edmondson who was posthumously awarded the Victoria Cross in 1941. 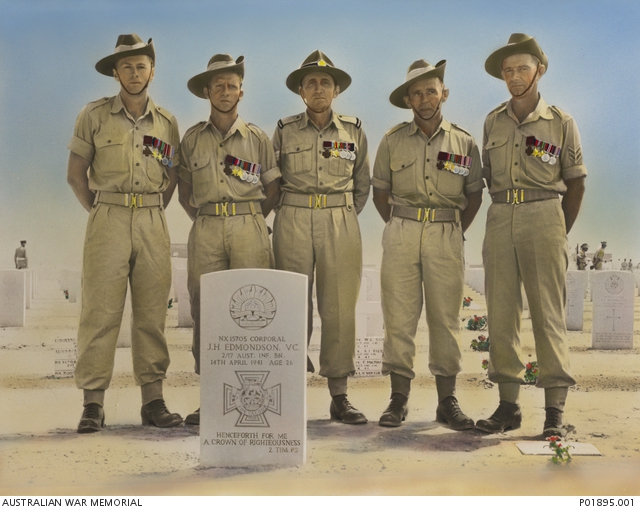 Sergeant Graham, who was chosen for guard duty at the war cemetery that day, has recently made a donation of souvenirs and official documents collected during his time as part of the Coronation Contingent. This allows us to better understand what went on in the five months that the Contingent were away. Within a year of joining up (and at the age of 19), Sergeant Graham was one of four men selected to represent all National Servicemen in the Australian Coronation Contingent. Following a nomination and an interview process, he was chosen to represent the National Service of New South Wales.

When the Contingent arrived in England, on May 5, they had further training. They were trained in how to change the guard at Buckingham Palace, march in the Coronation Procession and what to do as part of the Spithead naval review.

Before the Coronation took place, the Australians took part in the change of the guard at Buckingham Palace. They replaced the Grenadier Regiment – the No 1 Queen Guard. They were relieved the next day by the New Zealand Royal Guard. After this they moved into the Earl’s Court Camp. They were given a booklet informing them of the conditions under which they would be living in the camp which was accommodating nearly 9,000 officers: “You will find your sleeping quarters rather cramped and conditions generally a bit austere. We shall, however, do our best to make the camp as comfortable and as free from irksome restrictions as possible” (RC07769).

The Coronation events were the focus of major celebrations in Britain and throughout the Commonwealth. The Australian Contingent were given the right to wear their khaki uniforms and the slouch hat in the procession after Sergeant Graham says they were repeatedly mistaken for Royal Marines in their blue dress uniform (MSS1848). The Coronation Contingent marched the following route which was just over 17 miles long. 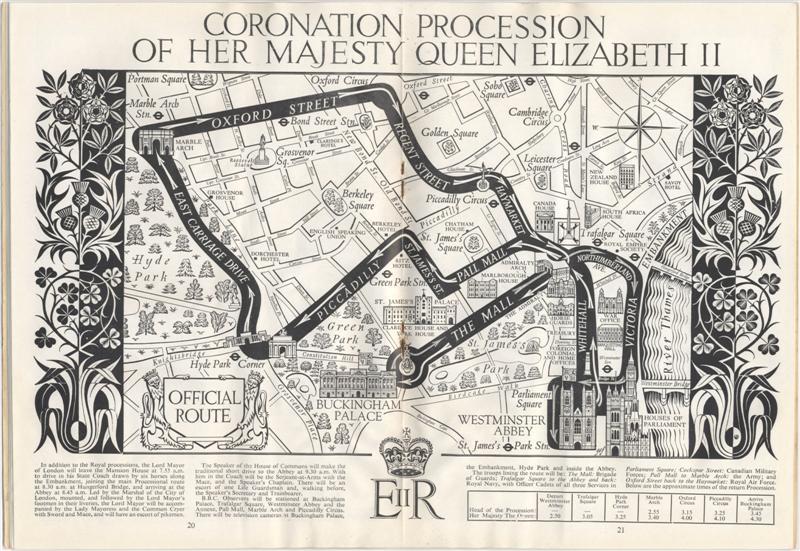 On the 3rd of June, the day after the Coronation, the Queen, accompanied by Prince Phillip, inspected the Contingent and awarded them with the Coronation medal: 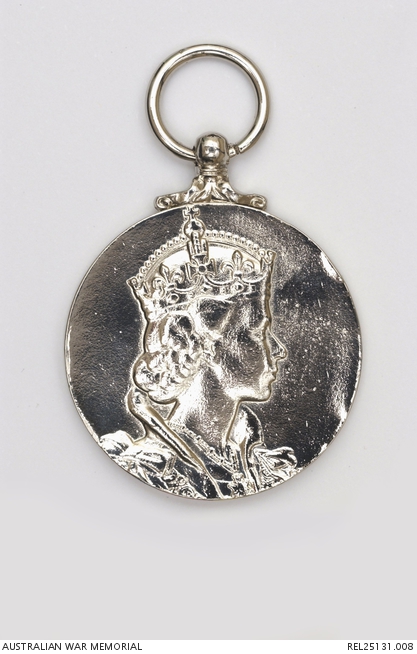 A replica of the Coronation Medal

On Monday the 15th of June, before heading back to Australia, HMAS Sydney and HMNZ Black Prince were involved in the Spithead Review, the first post-war review of the fleet. There were 280 warships representing every navy in the world. Each ship had to be dressed and gave 3 cheers as the Queen went past in HMS Surprise. 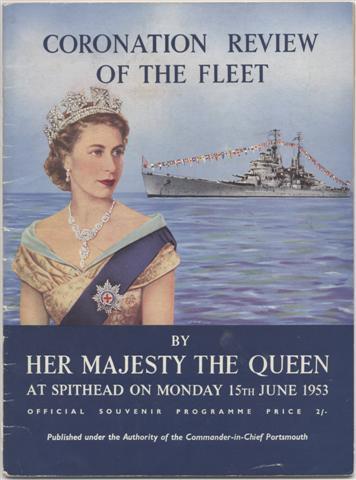 Cover of Coronation Review of the Fleet

In the five months that HMAS Sydney was away, it travelled 30,000 miles. Apart from Tobruk and England, HMAS Sydney also stopped at Ceylon, Aden, Suez Canal, Libya, Malta and Gibraltar before arriving in England. On their way home they went to Halifax, they marched in the Independence Day parade in Baltimore, visited Jamaica, Panama Canal (with 3 feet to spare in the Gatum lock), Hawaii, and Auckland. 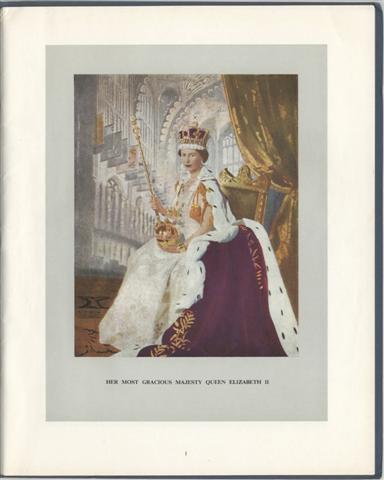 Many of the men felt honoured and even lucky to have been on such a voyage and to have seen the birth of the second Elizabethan age.