Anzac and Anzio, Father and Son

On New Year’s Day 1946, Captain William ‘Bill’ Dunstan penned another long letter to his family. “To-day is the beginning of another year away from you – the last, I hope. It has been a long time now and I have just about had enough of the army.” By that time, Bill had not seen his home or family for five and a half years.

After volunteering for the second Australian Imperial Force in 1939, and choosing to transfer to the British army in 1943, Bill had served across Asia, Europe, the Middle East and North Africa.  Whether in Italy or Indonesia, Belgium or British Palestine, Bill wrote to his parents often.

Bill’s father, William Dunstan, saw this correspondence as an opportunity to mentor his son. He boosted Bill’s morale by reminding him of the “forces of evil” against which he was pitted, advised Bill on his post-war career prospects, and even imparted some fatherly wisdom on how to avoid a hangover. Their connection, however, extended far beyond the usual one between father and son: moral lessons and career advice.

William had been part of the first AIF in the First World War, winning a Victoria Cross for his actions in the battle of Lone Pine. So when Bill encountered the horrors of war firsthand, it was his father to whom he confided.

During early 1944, in an effort to overcome the German Gustav Line that had been preventing progress in Italy since 1943, the Allies conducted a naval invasion of Anzio, a town on the west coast of Italy. Though he had heard “terrible stories about that place”, Bill jumped at the chance to be posted to the Anzio beach-head in early 1944.

Bill’s journey from Naples to Anzio, aboard an American Landing Ship, Tank (LST), was dominated by intense anxiety. This feeling was quickly legitimised by the constant booming of German artillery, not least the monster dubbed “Anzio Annie” with its eleven-inch, 660-pound shells. Despite maintaining good humour, Bill’s 11 July letter to his father was full of sombre undertones. Bill described his frightful experience of being missed by a German shell by only “ten yards”, ruining his “pleasant bowel movement”. Bill also briefly mentioned the death of a new friend of his, a “good chap” who fell victim to a German shell. 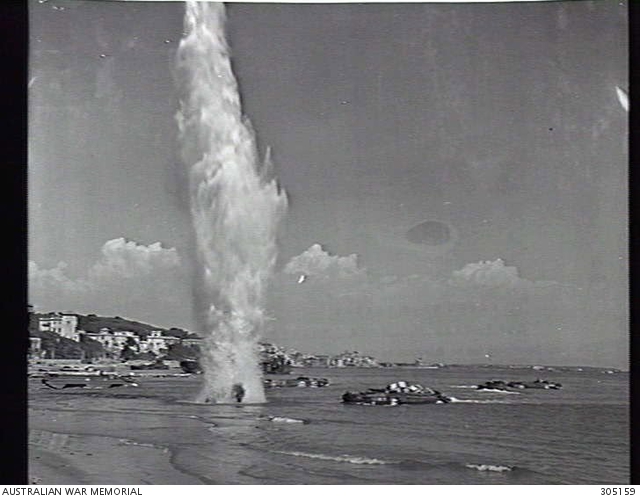 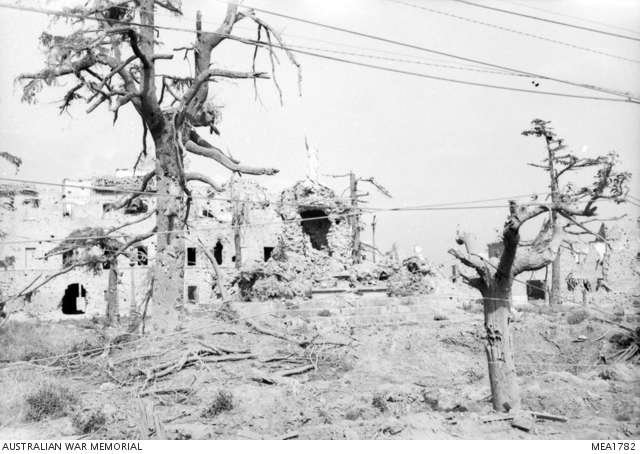 An example of the devastation that met Bill at Anzio.

Bill’s time at Anzio reflected his father’s at Anzac 29 years before.  William told his son that he would not share this letter with his mother or sister. “Your description of the landing at Anzio brings home quite vividly to me our own Anzac landing,” William told his son, suggesting that these experiences could only be truly understood by one who had faced those same trials. 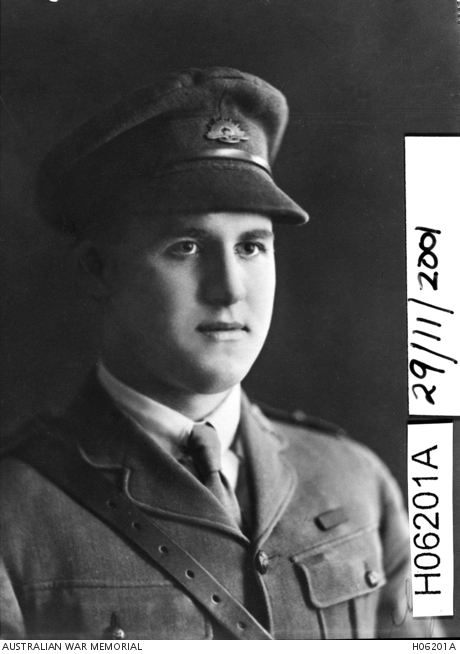 When the war ended, Bill would still not see his home for some time. As he had transferred to the British Army, his service may have been regarded as starting in 1943. So Bill was obliged to continue serving in south-east Asia, fighting independence movements alongside the former Japanese enemy in Indonesia.

Growing discontented with army life, and missing his home, Bill was keen to return to Australia as soon as possible. By October 1945, however, Bill had learned that “His Majesty” would not be “dispensing with [his] services” until May or June of the following year. Despite Bill’s insistence that there was little hope of discharge, his father remained undeterred. Eager to see his son home, William began petitioning the British Army Headquarters in Melbourne that Bill be allowed to return to Australia immediately to begin work. When he received no reply, William wrote again, further hammering home Bill’s achievements, and the urgency of Bill’s discharge. Unfortunately, these letters came to little, and Bill would indeed not see home again until May 1946.

After five and a half years, father and son were finally reunited. Something had changed, however, from when they had last seen each another. Now they shared the experiences of Anzio and Anzac, of trauma and comradery, of all the highs and lows of war. Though both men surely lived with these burdens, perhaps they could find some comfort in the fact that they might be able to help carry one another’s load.

This correspondence between father and son can be seen on our website here.