Seeking the “Black Rats of Tobruk”

Maxwell James Trengove was born on 9 December 1911 at Kadina, South Australia, to parents William Nathaniel Trengove and Matilda Alice Trengove (née Axford). Apart from his time at Prince Alfred College in Adelaide, he spent his life working on his family’s farm, “Warrenville”, with his father and brother, Ross, at Bute in South Australia. Before the war he played league football for North Adelaide, and was a much respected competitor in tennis, cricket, and football.

The Second World War was declared in 1939, and though he initially applied to join the Royal Australian Air Force, Trengove was rejected on the grounds that he was colour blind. His family hoped that this setback would stop him from enlisting to serve, but Trengove was determined to serve, and enlisted in the Second Australian Imperial Force on 28 June 1940, reporting for duty on 5 July. After his initial training, Trengove was taken on strength by the 2/48th Battalion, and while on pre-embarkation leave had his studio portrait taken at Mora Studio in South Australia.

Trengove embarked on HMT Stratheden on 7 November 1940, and after a brief shore leave in Colombo reached the Suez Canal in mid-December. That January he disembarked at a camp at El Kantara, Egypt, before moving on to Dimra in Palestine, where the battalion undertook further training. Trengove’s battalion entered Tobruk’s defences on 9 April 1941, and remained there until mid-October, when it was withdrawn. Trengove had served six months during the siege of Tobruk, earning him the title “Black Rat of Tobruk”. He went on to see service in the first and second battles of El Alamein. He was among the troops called back to Australia in February 1943, and spent some time recuperating before returning to war service that August with his battalion at Milne Bay, New Guinea. Little can be gleaned from his service record about this period, but on 16 November 1943 he died following a fatal wound received at Satelberg.

Trengove was a prolific letter-writer. The following quote from a letter to his mother has been reproduced here at the permission of the family. 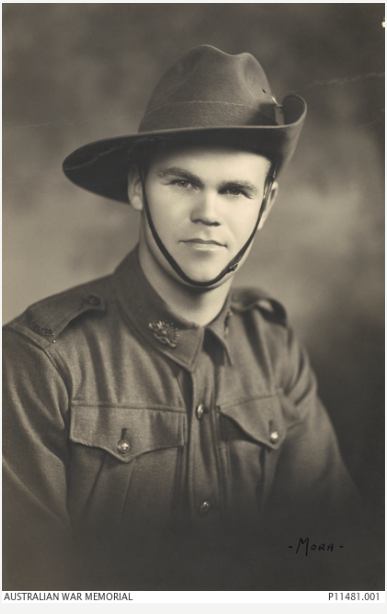 “My dear Allie,
I was pleased to receive your welcome letter yesterday. It was good of you to write, I thoroughly enjoyed it; the same old mum, writing just as you talk. By the way, I’ve been off colour lately – the old tum isn’t so good again, and I’ve had a headache for days but the doc seems to reckon I’m OK so I suppose he knows best.”  13 November 1943

Trengove died three days later as a result of a gunshot wound to the chest. News of his death reached his family on 1 December through the Methodist minister Reverend J.H. Davies.

I was alerted to the story of Maxwell Trengove in my role as Indigenous Liaison Officer, and informed that he was a “Black Rat of Tobruk”. In contacting the family as per Memorial cultural protocol, however, I was told that the Trengove family has no Aboriginal or Torres Strait Islander heritage. This surprising turn of events has led me to ask: who are the “Black Rats of Tobruk”? And how many are there?

Once again I will need to rely on the community, descendants, and veterans to come forward and assist in this important research.

Michael Bell is a Ngunnawal/Gomeroi man and the Indigenous Liaison Officer at the Australian War Memorial. He is working to identify and research the extent of the contribution and service of any person of Aboriginal and Torres Strait Islander descent who has served, is currently serving, or has any experience of contributing to the war effort.

Michael is eager for any further details of the military history of these people and their families. He can be contacted via Michael.Bell@awm.gov.au