The Memorial has recently received a donation that provides us with an important link to Tasmanian involvement in the Boer War.  Included in this donation is the Distinguished Conduct Medal that Trooper Francis Arthur Groom received for this battle, one of only five received by Tasmanian forces in the war. 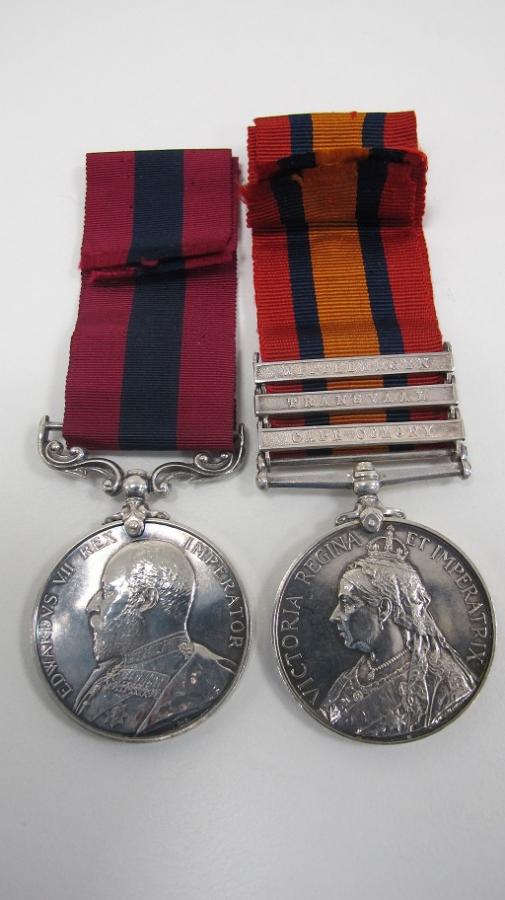 Francis Groom was born in the Argentine Republic in 1874 to Francis Charles and Mitty Groom. When he was twelve he settled with his family in Tasmania, where he worked with his father on the family property.

He signed up to join the Tasmanian Imperial Bushmen when the contingent was raised at Imperial expense in early 1900. Of the 900 men that volunteered, Francis Groom was chosen to be part of the contingent of 122, under the command of Major Richard Charles Lewis.  They left for South Africa aboard the Manhattan on 26 April.

On 1 September Major Lewis was asked to provide twenty men to assist Captain Brooke of the Army Service Corps with rounding up some Boer cattle in the area of west of Warmbad.  The patrol moved into a narrow pass surrounded by rocky hills, an area that three days earlier Major Lewis had ventured into and warned against returning.

Boer commandos were waiting in ambush for the patrol.  They opened fire as the first eight men entered their sights.  Joseph Cooper, the patrol’s guide was shot in the chest and thrown off his horse.  Sergeant George Shaw was hit in his left side.

Trooper Samuel Willoughby was thrown from his horse when a Boer bullet went through his leg and killed his horse.  Seeing the wounded Willoughby on the ground, Trooper Peter Clark dismounted from his own horse and lifted Willoughby on to it. He ran out of the firing line with Trooper Henry Blackaby who also had his horse shot dead from under him.

Trooper George Walters had his horse shot from under him.  As he fell, the lifeless body of the horse landed on his leg, trapping him.  Next to Trooper Walters, Trooper Geoffrey Brown was shot and thrown from his horse.  His brother, Corporal Edward Brown was shot in the arm.  Shortly after his horse was also killed.

Lieutenant Guy Wylly and Captain Brooke rode into the main firefight to help the eight men.  Captain Brooke was unhorsed after he was hit in the leg.  Lieutenant Wylly was hit in the arm, in spite of this wound he continued till he got to Corporal Brown.  Lieutenant Wylly gave up his horse for Corporal Brown; he then took cover behind some rocks and attempted to cover the retreat of the patrol with his rifle.

Trooper William Campbell was shot in his bandolier, the round setting off one of his own rounds, but he was unharmed by the incident.  Under a murderous hail of fire Trooper John Bisdee went to the aid of the unhorsed Captain Brooke.  Bisdee was able to get Brooke onto his horse; he then ran the horse out of the danger zone.

As everyone retreated out of the ambush Francis Groom rode into it.  He dismounted at the rocks that Lieutenant Wylly was sheltering under.  He helped him on to his horse and then ran along side of it for a few metres before jumping on the back of the horse.

When the patrol returned to base they realised that five men were missing.  Clark and Blackaby arrived in the camp at about 10pm having evaded the Boers and escaped the battlefield.  The Boers had captured Walters during the battle, but he came into the camp later in the night.  They had let him go back to the camp so that he could bring an ambulance to help the severely wounded Brown and Cooper, both of whom had been captured with Walters.

The Boer Commandant, who hadn’t approved of Walters release, turned the ambulance back.  It took 20 days for the men of the Tasmanian Imperial Bushmen to learn that Geoffrey Brown had died the night of the battle, and another nine months for Joseph Cooper to be released from Boer captivity.

It was for this action that the first two Victoria Crosses were ever awarded to Australian infantrymen, Lieutenant Wylly and Trooper Bisdee. Troopers Groom and Clark would both receive the Distinguished Conduct Medal for their role in the action. 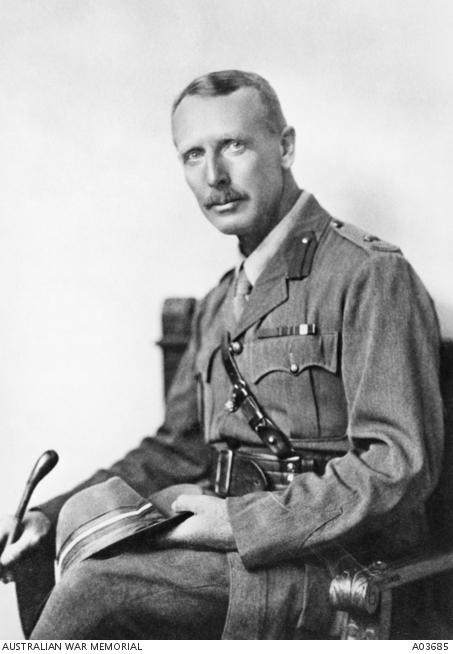 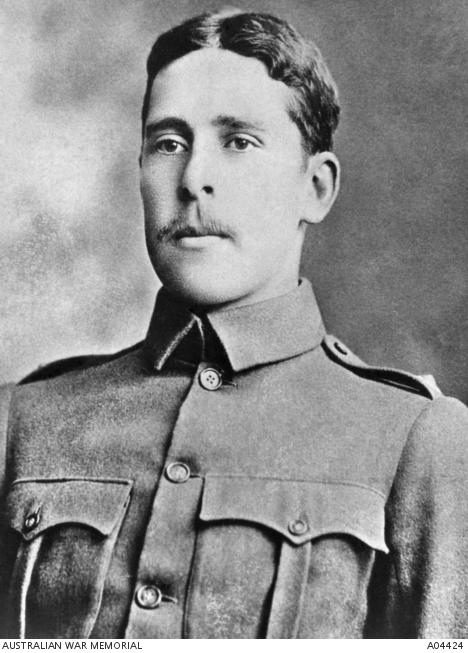 Francis Groom left South Africa with the Tasmanian Imperial Bushmen in July 1901, arriving home in early August, 16 months after he had departed on the Manhattan. Francis returned to helping his father on the farm.  It was here where he met Mabel ‘Madge’ Ockerby, and the two were married in 1906.  They raised four sons on the family farm ‘Aberfeldy’ near Penguin, Tasmania.  Madge died in 1952, and Francis gave up the farm soon afterwards. He moved to Launceston, where he lived out the rest of his life with his son Charles Featherstone Groom.  He died on 3 June 1964 and is buried with his wife in Penguin Cemetery.

This is one of the many donations received by the Australian War Memorial annually.  If you wish to know more about donating items to the Memorial please visit our donations page.