My mother urgently sought the television remote. We watched the looping newsreels in Italian, confronted with the image of an airliner crashing into New York’s Twin Towers. Even as a young child in a foreign country I knew that something truly horrifying had occurred, yet I could not appreciate how the world would change after September 11, 2001.

Indelibly etched into our personal and collective memory, anyone old enough to remember the attacks has asked – or been asked –where were you when it happened? Like JFK’s assassination for an earlier generation, these events define a place in time and space that cuts across cultural and linguistic boundaries. For those born after, the significance of it may be difficult to grasp – particularly when the latent threat of terrorism has become ever-present and a normalised part of our world.

On the morning of 11 September 2001, 19 Al-Qaeda terrorists hijacked four commercial aircraft; two crashed into the Twin Towers of the World Trade Center in New York. At 110 storeys, they were a symbolic target of American prosperity and global power. Both eventually collapsed from the damage they sustained, killing first responders to the fire and those who remained inside. A third aircraft struck the Pentagon in Arlington, Virginia. Passengers on the fourth hijacked airliner, which was headed to the Capitol building in Washington DC, wrestled control and caused it to crash into a field in western Pennsylvania.

September 11 marked a new age of global terrorism. The attacks by Al-Qaeda remain the deadliest terrorist attacks ever carried out on US soil. The very date 9/11 became a byword for unprecedented, unprovoked acts of extreme violence, and the yardstick by which all future terrorist attacks would be measured. It was not military assets that were targeted, as in the surprise attack on Pearl Harbor in 1941, but ordinary citizens: 2,977 were killed and about 6,000 injured. Today, around 18,000 survivors, responders and residents face a myriad of health effects and for many possibly early deaths from exposure to the toxic dust from the collapsed towers. 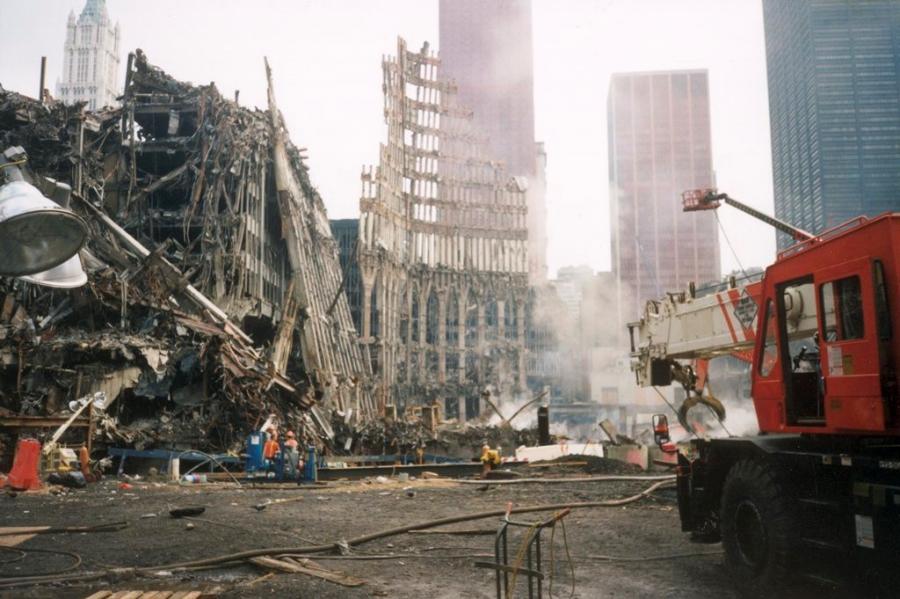 Yet this was not simply an American tragedy. Among the dead were victims from over 90 countries, including ten Australians – passengers of the hijacked airliners and victims going about their business in the Twin Towers. Those Australians known to have been killed include Alberto Dominguez, 44: a passenger on the first hijacked aircraft; Craig Gibson, 37, Elisa Ferraina, 27, Stephen Tompsett, Kevin Dennis, 43, Andrew Knox, 29, Leanne Whiteside, 31, Lesley Thomas, 40, – all working in the north tower; Peter Gyulavary, 44, was working in the south tower; Yvonne Kennedy was a passenger on the third aircraft that hit the Pentagon.

Australian Prime Minister John Howard was in Washington D.C. to celebrate the 50th anniversary of the ANZUS treaty at the time of the attacks, and he keenly felt the effects on the American psyche. In solidarity with the US, Howard invoked Article IV of the ANZUS Treaty for the first time and offered Australian military forces and assets for what would become a US-led “global war on terror”– reaffirming our alliance based on shared histories and common values.

The 9/11 attacks have left a complex legacy for Australia that resonates to this day, both socially and geopolitically. The US-led war on terror initially enjoyed wide-spread support from Australians. Operation Enduring Freedom launched in late 2001 with the invasion of Afghanistan, aimed at destroying the Islamic terrorist group Al-Qaeda, and denying them a safe haven under the Taliban. Over the next 20 years the Australian Defence Forces deployed around 39,000 troops to Afghanistan, with 41 Australians killed on operational deployments and hundreds more injured.

On 12 October 2002 the war came closer to home when three bombs were detonated by Jemaah Islamiyah in Bali’s tourist hotspots, killing 202 people, 88 of whom were Australian. The 2002 attacks were the largest loss of Australian life from terrorism. Jemaah Islamiyah, an Al-Qaeda affiliate group, currently represents south-east Asia’s greatest terrorist threat, launching a series of attacks: the Marriott Hotel bombing (2003), Bali bombing (2005), Jakarta bombings (2009) and Jakarta attacks (2016). In 2003 Indonesia’s elite counterterrorism squad Detachment 88 was established with the assistance of the US and Australia. In a sign of how normalised the threat of terrorist violence has become, pragmatically Australians now have access to government financial support with the “Australian Victim of Terrorism Overseas Payment”.

Domestically, immediate changes took place in Australia following 9/11. Travel and airport security measures that we now take for granted were seen for the first time. Amid a sense of heightened threat, the Australian government began advertising campaigns calling on Australians to report suspicious activity. Unattended bags and even the humble municipal waste bin became potential deadly weapons. Large gatherings, particularly on symbolic occasions like Anzac Day, took place with a sense of anxiety and watchfulness.

Many of these measures, no doubt, were a logical and proportionate response. To their credit, Australian security agencies have so far managed to prevent a large-scale terrorist attack on Australian soil, and many potentially deadly attacks have been thwarted.

But a darker side inevitably emerged from the sense of fear and anxiety fed by a 24-hour news cycle. Racism and Islamophobia coloured arguments to restrict immigration and change Australia’s refugee policies, and fuelled hate-based attacks on individuals of middle-eastern appearance.

The events of 9/11 are etched in the minds of Australians who experienced the attacks personally or from afar. That day marked a loss of innocence, a new age of global and regional terrorism, and Australia’s entry into what would become its longest ever war. 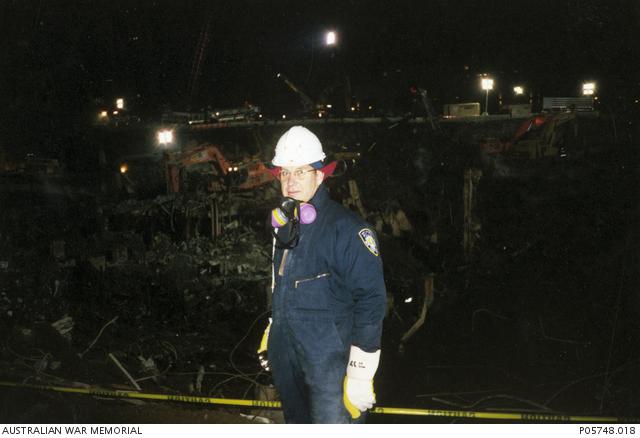 When the attacks occurred, Captain David Bergman, an Australian army engineer, was in Canada undertaking long-term training in chemical, biological, radiological, and nuclear (CBRN) weapons and hazards, along with four other Australian army engineers. All five were seconded to the New York Police Department (NYPD) from early to late November to assist with investigating the delivery to Congress and the media of letters lethally laced with anthrax – initially reported to be the work of Al-Qaeda. Each officer deployed as part of the NYPD Hammer teams operating across New York City. Captain Bergman investigated over 30 incidents.

Meanwhile, recovery efforts and site clean-up continued day and night at Ground Zero. Given his training in CBRN hazards, Captain Bergman was seconded to the Port Authority Police Department (PAPD) on extra duties to assist the recovery and clear rubble and debris. He worked four night shifts as part of the PAPD recovery team at Ground Zero. He undertook further training in identification techniques at the Staten Island human remains recovery site and the morgue, where all recovered material was taken for sifting. 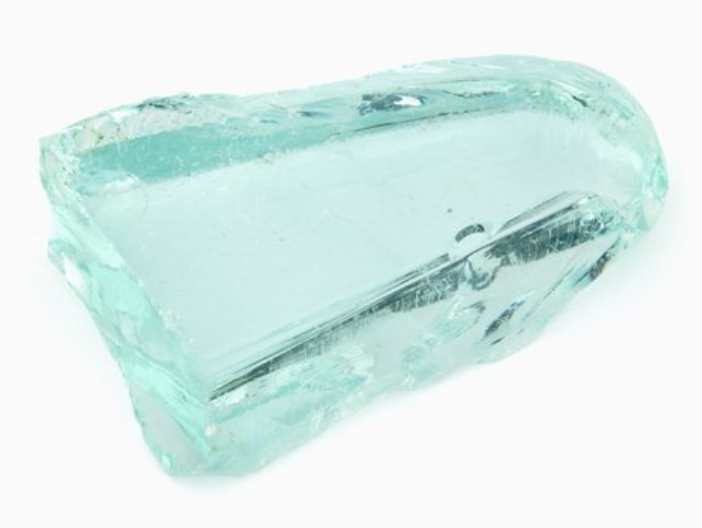 Bergman’s collection includes 19 photographs, a NYPD mourning armband, a piece of glass and marble from the World Trade Center, his protective uniform and equipment, and a souvenired scorched banknote, collected from a bank safe on the 28th floor of the north tower. The banknote serves as a tangible reminder of the un-survivable temperatures inside the building.

Bergman’s collection is held by the Australian War Memorial for posterity, and allows us to share his unique personal experience of 9/11 and its aftermath. Twenty years on, he considers his time with the NYPD and PAPD as having been “in the right place at the right time” to assist with recovery efforts. His combined experiences in New York following the attacks went on to shape and inform his service in Afghanistan and Iraq.