The unofficial Victory Medal ribbon of 1919

One item we get regular enquiries about is a strange multi-coloured ribbon found on the end of some old medal ribbon bars. This ribbon, made up of many coloured stripes is an unofficial ribbon for the Victory Medal from early-mid 1919.

In January 1919 some of the Allied nations suggested that there should be a single medal created for all allied and associated countries, so that there would be no need for the exchange of commemorative medals between the victorious nations.

In March 1919 a conference of Allied and Associated Powers met to discuss medals and the first question they looked at was the idea for an “Inter-Allied Medal”. After much debate, the result was the Victory Medal (so called because they wanted a name that the Germans and their allies could not use). The new medal was to have the same ribbon, regardless of country and an image representing victory on the obverse.

Before the official ribbon was approved a number of commercial companies created their own versions of what they thought the Victory Medal ribbon could look like. These unofficial ribbons often combined the flags, or colours from the flags of many of the victorious nations. 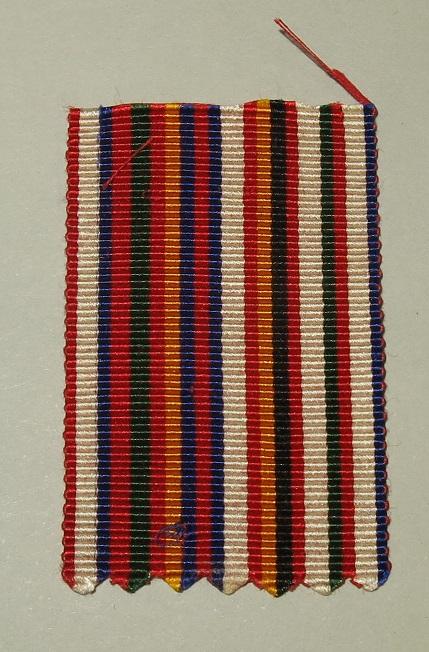 Sample of unofficial Victory Medal ribbon purchased in London in 1919. 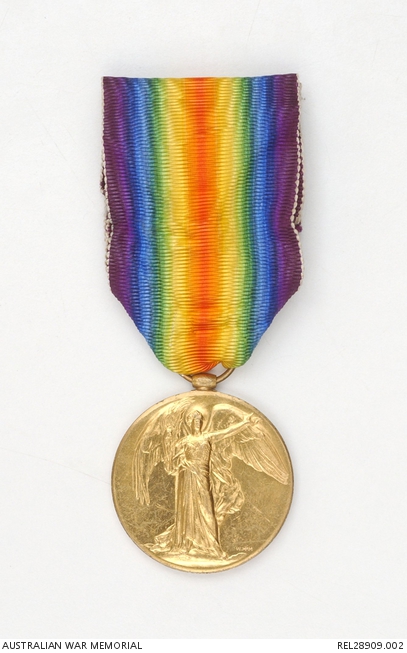 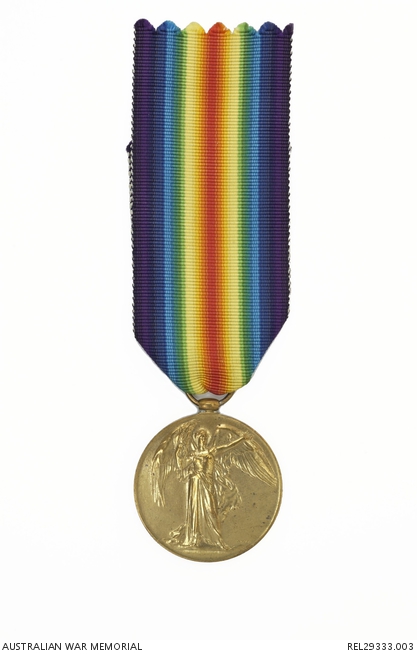 For a more detailed (and rather amusing) account of the creation of the Victory Medal, see “The Allied Victory Medal” by Brigadier Stuart Ryder, published in Medal News, September 1998.