Ways of commemorating the centenary of the landing at Gallipoli

This year marks the 100th anniversary of the landing at Gallipoli on 25 April 1915. Anzac Day goes beyond the landing, and is the day we remember the Australians who served and died in all wars, conflicts, and peacekeeping operations.

The Memorial is interested in how the anniversary will be commemorated in Australia and around the world, and we have a couple of online activities planned to mark this significant moment in history: a digital record of the day, and the sharing, on our website, of a selection of social media posts.

On our home page, you will be able to see a large selection of posts including #AnzacDay from accounts on Twitter and Instagram which should give everyone a glimpse of the many services, marches, ceremonies and events, large and small being held, as well as a sense of the more personal reflections which people may share on this day.

To collect the digital record, we have partnered with Twitter to encourage people all around Australia to share how they are commemorating this Anzac Day. All tweets including #AnzacDay will be collected by the Memorial and will be added to our collection.

We encourage people to Tweet photos and videos of marches, ceremonies, services and other community events, large and small; photos of people, of orders of service, of memorials and honour boards, of communities taking a moment to stop and reflect on Anzac Day.  We hope people will see this as a way for Australians to make their mark on history.

This record will ensure that researchers and future generations get a glimpse of how Australians commemorated Anzac Day on 25 April 2015. It continues a long tradition of collecting and recording the thoughts and feelings of individuals, albeit in a digital form, rather than the letters, postcards and photos sent home by those serving in the First World War.

To be part of this special project, simply send a Tweet with a photo or video and don’t forget to include the #AnzacDay hashtag.

If you're not sure what to share, here’s some inspiration: 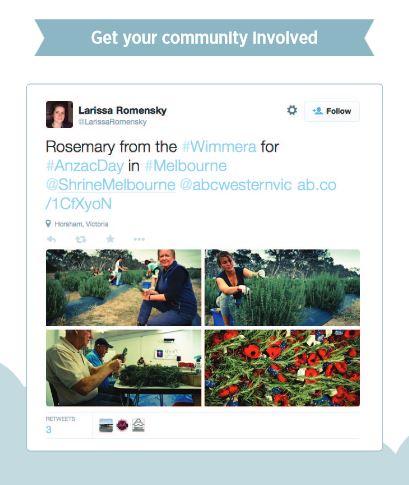 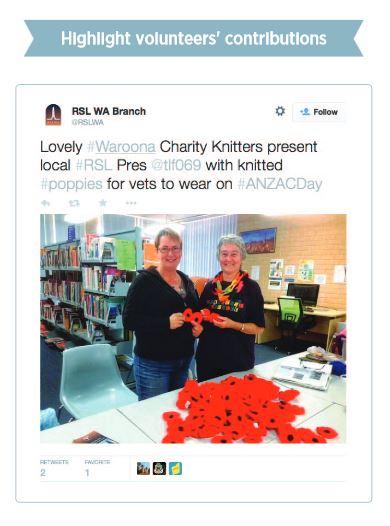 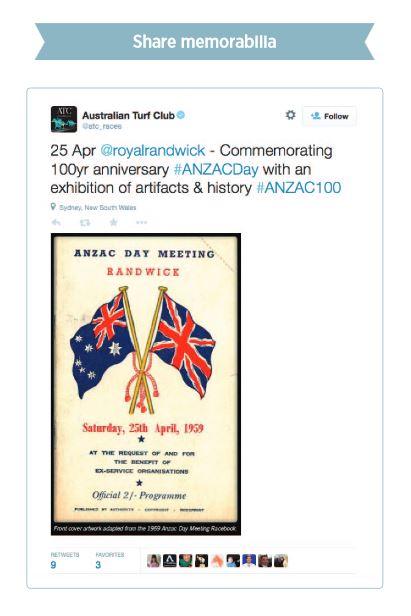 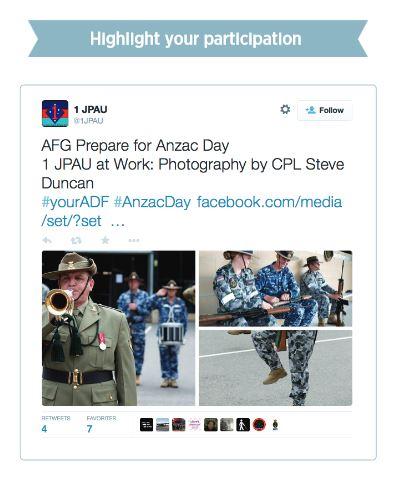 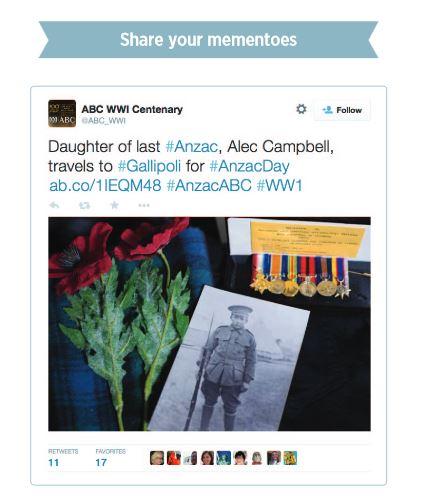 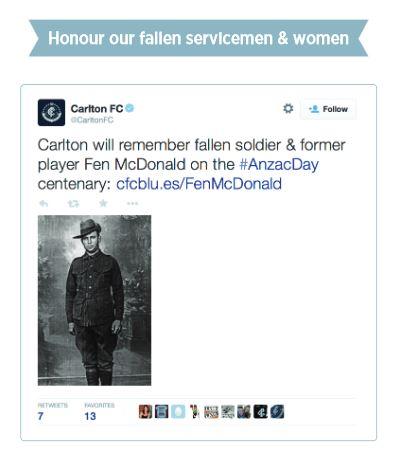