The army biscuit, also known as an Anzac wafer or Anzac tile, is essentially a long shelf-life, hard tack biscuit, eaten as a substitute for bread. Unlike bread, though, the biscuits are very, very hard. Some soldiers preferred to grind them up and eat as porridge.

Father John Fahey, a Catholic padre serving on Gallipoli, was unimpressed with army biscuits. He wrote, "the man who invented the army biscuit was an unmitigated rascal. As an eatable there is little to choose between it and a seasoned jarrah board." 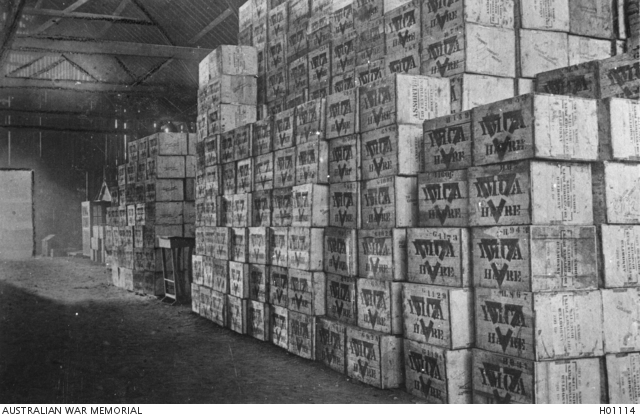