Have you ever thought how the Australians at Gallipoli could be supplied with food: many thousands of men, at short notice, with no refrigeration? While they were fighting on Gallipoli the Australian soldiers were supplied with food from as far away as Egypt and Greece, and this, combined with the lack of refrigeration, meant that they could get very little fruit, vegetables, meat or dairy products.

So what did they eat? Bully beef (tinned corned beef), rice, jam, cocoa, tea, some bread and above all hard tack fed the Australian soldiers at Gallipoli. Hard tack, also known as "ANZAC Wafer", or "ANZAC Tile", has a very long shelf life, unlike bread. Hard tack or biscuits continued to be eaten during the Second World War. The original biscuits were made by Arnott's, and our recipe has been provided by Arnott's. 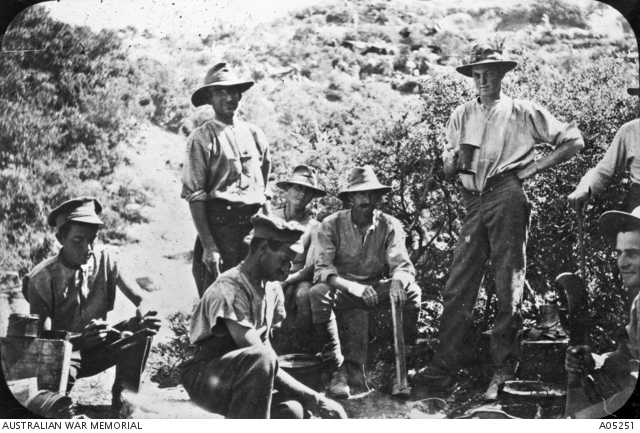 Organise a lunch with other Gallipoli rations - tinned corned beef, rice and jam. What would you wash it down with? How about a cup of billy tea, cocoa or water? Make sure that you do not eat or drink anything the soldiers would not have had on Gallipoli - soft drink is definitely out! If you don't like hard tack by itself how else could you eat it? Some soldiers used to break up or grate the hard tack and mix it with water or powdered milk to make porridge. What would you prefer?