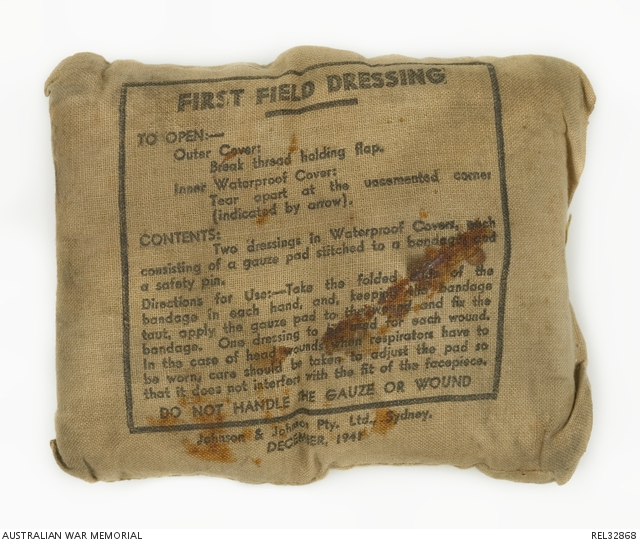 An Australian standard issue First Field dressing in cotton wrapper. Instructions on how to use the dressing are printed on the front. Some rust stains cover the printed instructions. On the reverse stamped in black ink is 'RAAF 28117'.

This object is associated with the service of Sergeant William Henry Harris of 24 Squadron Royal Australian Air Force (RAAF). William Henry Harris was born on 16 July 1921 in Gawler South Australia. He was living at Broken Hill, New South Wales when he enlisted into the RAAF on 3 July 1940 and was allocated the service number 28117. He was discharged from the RAAF on 26 February 1946 with the rank of sergeant. Field dressings such as this were carried by members of the Australian Defence Force during the Second World War as a first aid to treat wounds inflicted during training or in operations. Directions for how to use the 'first field dressing' were printed on the side.