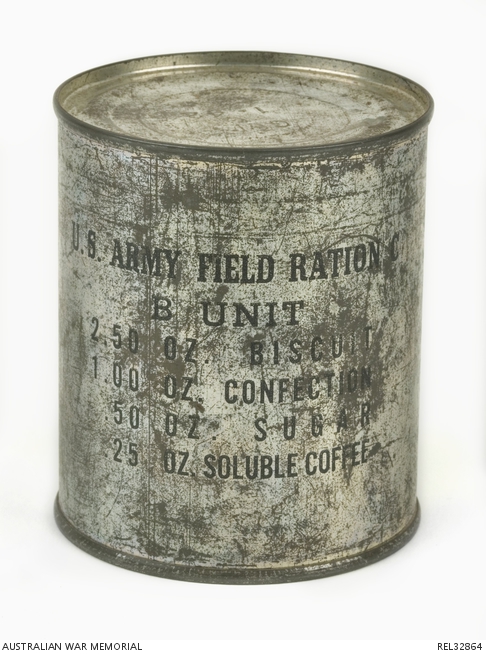 This object is associated with the service of Sergeant William Henry Harris of 24 Squadron Royal Australian Air Force (RAAF). William Henry Harris was born on 16 July 1921 in Gawler South Australia. He was living at Broken Hill, New South Wales when he enlisted into the RAAF on 3 July 1940 and was allocated the service number 28117. He was discharged from the RAAF on 26 February 1946 with the rank of sergeant. 24 Squadron at this time were operating the massive US built Consolidated B-24 Liberator heavy bomber. Items such as this US Army field ration were invaluable pieces of survival equipment issued to American air crews of the 5th Air Force operating in the South West Pacific (SWPA) during the Second World War. These objects were often swapped or bought from US Army Air Force personnel and units by Royal Australian Air Force aircrew to supplement their own Australian issued survival rations.