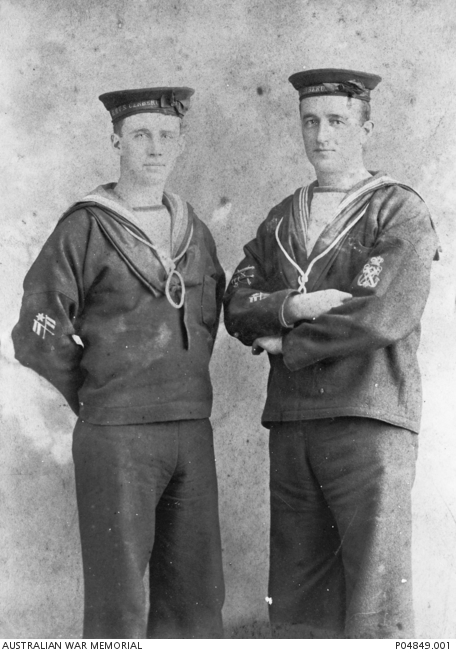 Studio portrait of Able Seaman (AB) Andrew Currer (left) of Richmond, Vic, and an unidentified AB, both wearing HMVS Cerberus uniforms. AB Currer joined the Victorian Navy c 1899 and completed his training as a signaller aboard HMVS Cerberus. On 30 July 1900 he married his sweetheart and on the same day embarked aboard SS Salamis bound for China where he served in Victorian Naval Contingent during the Boxer Uprising. He returned to Australia on 25 April 1901 on board SS Chingtu. AB Currer was awarded the China War Medal, Naval Long Service and Good Conduct Medal, both of which are held in the collection of the Australian War Memorial.