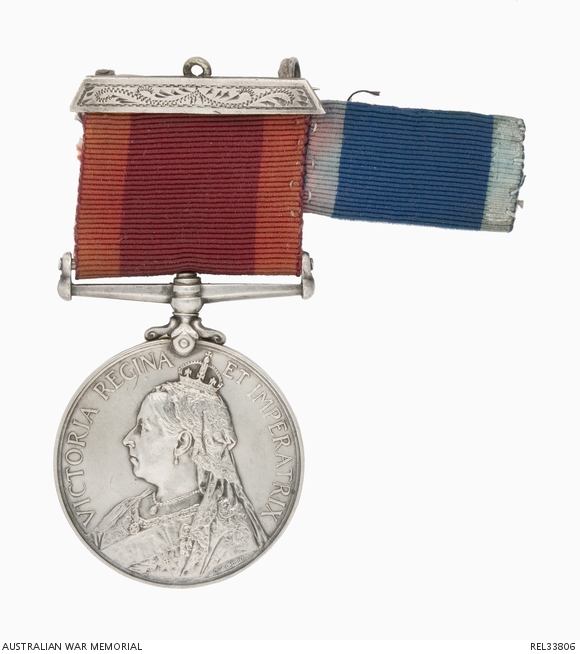 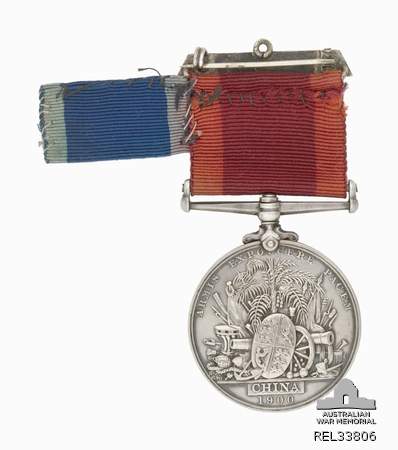 China Medal 1900. Impressed around edge with recipient's details. The medal has a non-standard silver pin clasp, and a piece of Naval Long Service Good Conduct Medal ribbon is sewn to the left hand side.

China Medal associated with the service of Able Seaman Signaller Andrew Currer with the Victorian Naval Contingent to the Boxer Rebellion. Currer was born in April 1873 in Richmond, Victoria, and joined the Victorian Navy in 1900. He travelled to China with the Victorian Contingent aboard the SS Salamis in July 1900, and returned to Australia in April 1901 aboard the SS Chingtu. Currer later joined the Victorian Civil Service, and eventually rose to become head of the photographic branch at the Department of Lands. He was also, for a time, secretary of the Boxer Rebellion Contingent Association. Andrew Currer died in Richmond in 1942.