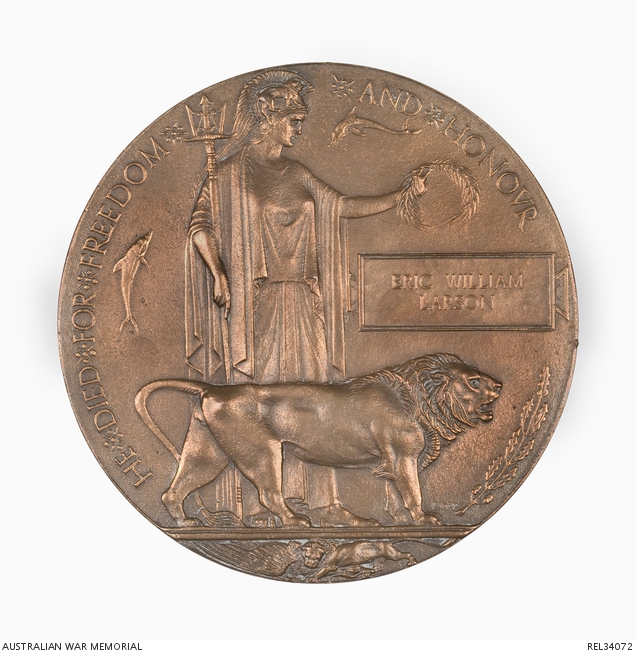 Next of kin plaque showing Britannia and a lion together with the words 'HE DIED FOR FREEDOM AND HONOUR'. The name of the dead man 'ERIC WILLIAM LARSON' is in relief within a raised rectangle.

Sent to the family of Eric William Larson who was born at Woollahra, NSW in 1888. He was working as a plumber when he enlisted in the AIF at Sydney on 22 December 1915, aged 27. Larson received the service number 5119 and embarked as a private with the 16th Reinforcements to 13 Infantry Battalion. He died on 9 February 1917 as a result of wounds received near Flers and is buried in the St Sever Cemetery, Rouen. His younger brother, Sidney Oscar Larson, who served with 8 Battalion, was later killed in action at Broodseinde on 4 October 1917.