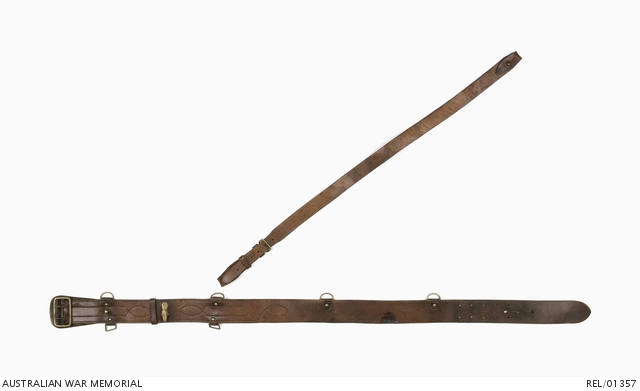 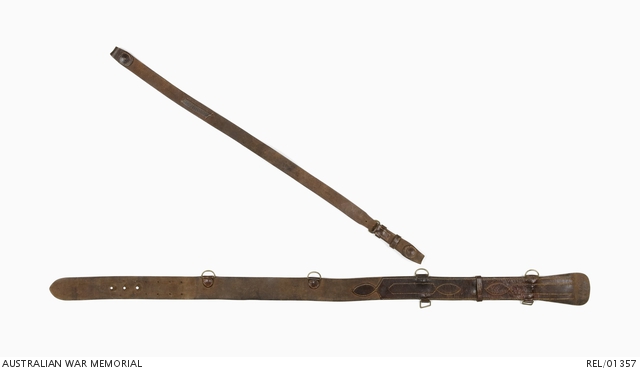 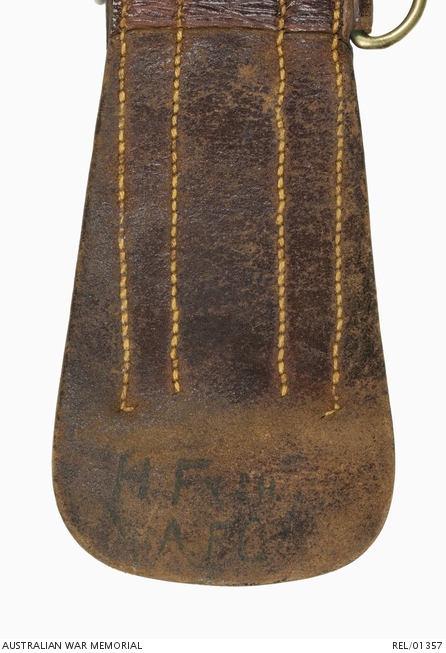 Brown leather Sam Browne belt with brass fittings and shoulder strap. The belt is fitted with a double clawed brass buckle, and has a brass stud and sliding leather loop to locate the free end of the belt tongue. A pair of reinforced brass 'D' rings are attached to the top edge of the belt, one at the left front, the other at the left rear, for location of the shoulder strap. A further two pairs of 'D' rings are located on the lower edge of the belt, at the left hand hip. Inside the belt marked in ink is 'H. FYSH AFC'.

In early July 1917 he applied for a transfer to the Royal Flying Corps (RFC) and was assigned to 67 Squadron (later 1 Squadron, Australian Flying Corps), and qualified as a gunner/observer by October 1917. Fysh's application for pilot training was accepted, but the war ended before his graduation at Heliopolis, Egypt, in February 1919. Flying Officer Fysh was recommended for the Distinguished Flying Cross on 8 January 1919.