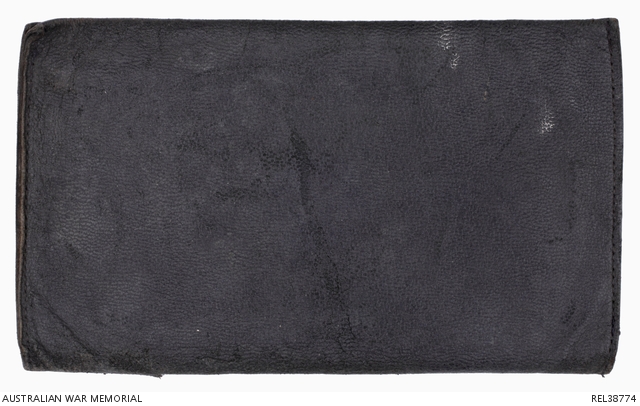 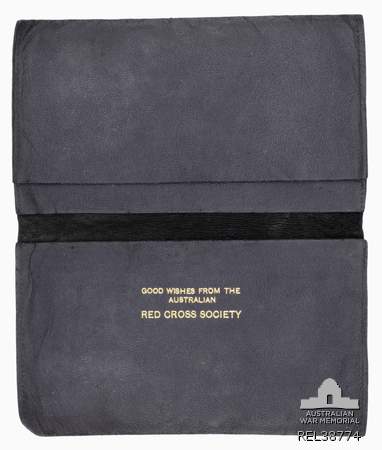 Black leather fold over wallet. There are three compartments inside to hold notes and papers. One of the compartments is stamped in gold 'GOOD WISHES FROM THE AUSTRALIAN RED CROSS SOCIETY'.