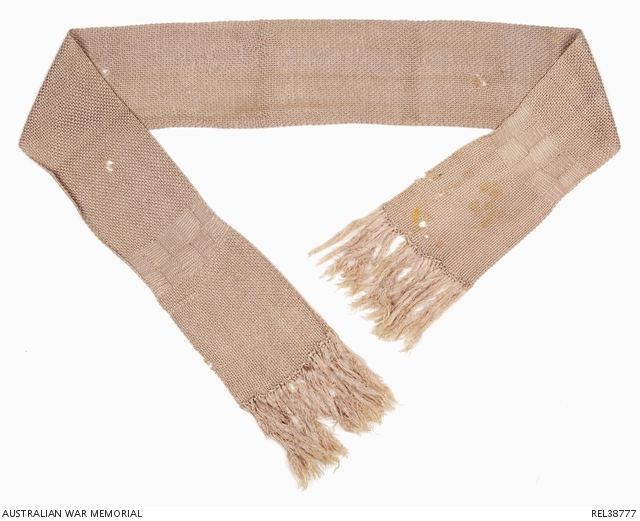 Pilot's scarf hand knitted in champagne coloured mercerised cotton. The main body of the scarf is knitted in moss stitch. A decorative panel of eight small squares in alternating garter and stocking stitch is worked into the ends of the scarf. A fringe made from the same cotton is knotted into each end.

This scarf was made by Hibbens at an unknown date, probably in Australia before the war. He had wanted to become a pilot from the age of thirteen, in 1935, when he had made a short flight in an aircraft piloted by Sir Charles Kingsford-Smith.