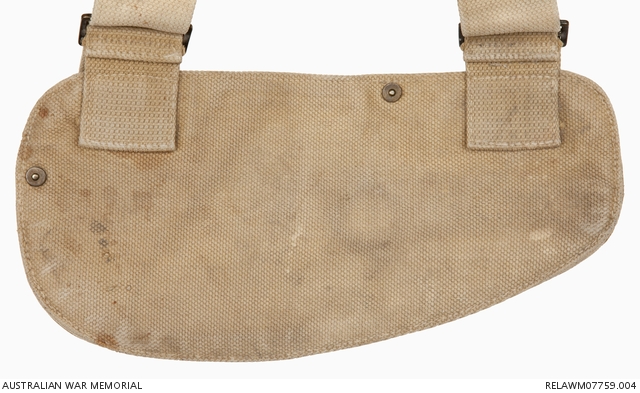 Pattern 1908 webbing entrenching tool head carrier. On the reverse are two tabs with buckles for attachment to the shoulder straps (RELAWM07759.001). On the front right is a fastening tab secured with a brass press stud. Stamped inside the carrier are the maker's details 'M.E.CO. 1915 [broad arrow]'.