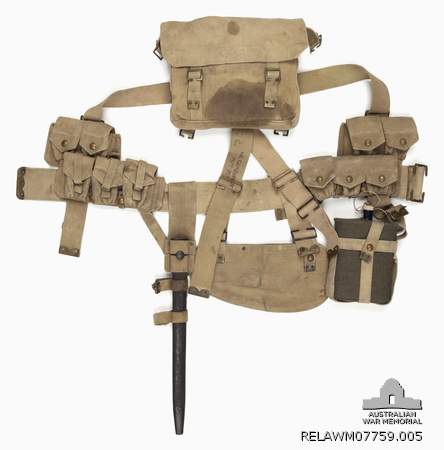 Pattern 1907 bayonet scabbard and Pattern 1908 webbing frog. The frog has a belt loop and two web loops on the front through which the scabbard is fitted. On the reverse is a tab with a brass end used to attach the entrenching tool helve carrier (RELAWM07759.007). The leather scabbard has a steel chape and locket with a round frog stud attached to the body with wire staples.