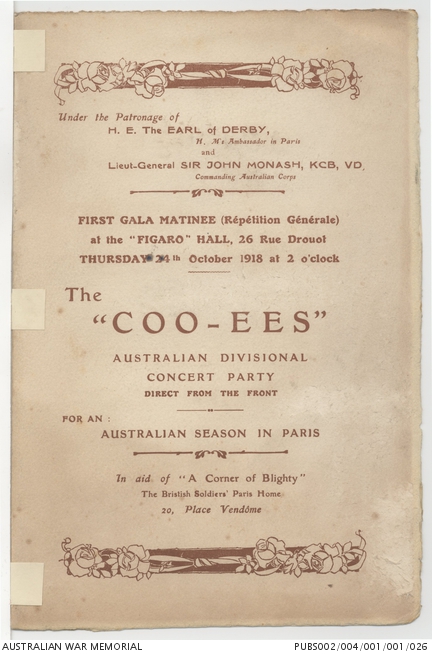 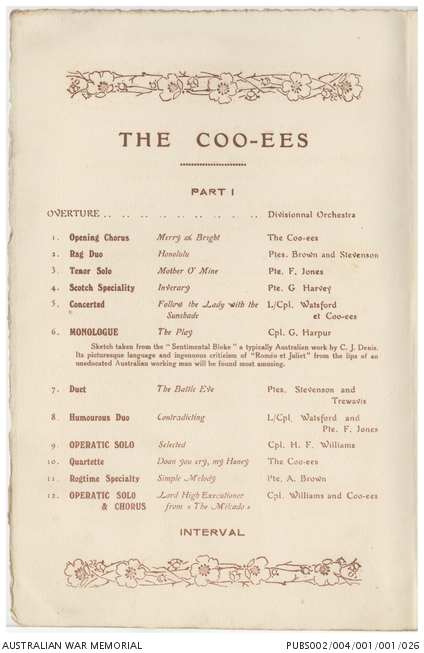 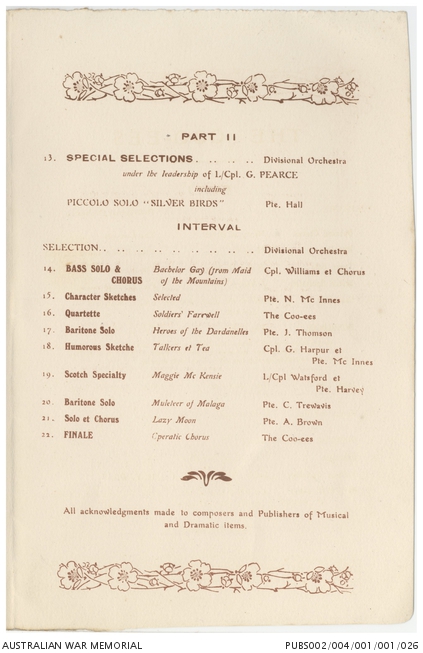 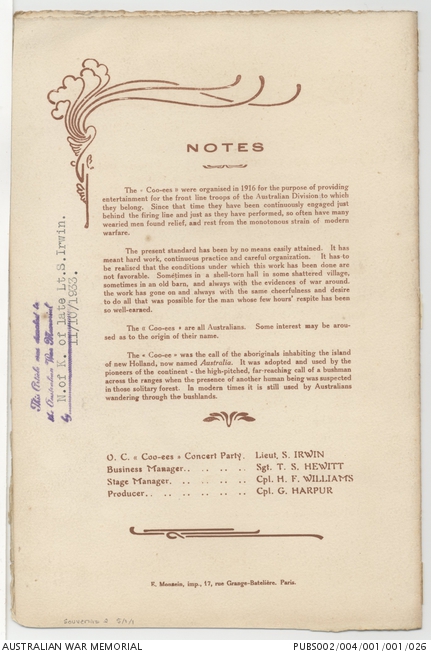 Souvenir program for a concert held during the First World War. This program is for a performance by the Australian Divisional Concert Party, the Coo-ees, at Figaro Hall in Paris at 2pm on Thursday 24 October 1918. This concert featured instrumentals, vocal performances and humorous sketches. The entertainment was organised in aid of the British Soldiers' Paris Home under the patronage of H E, the Earl of Derby and Lieutenant-General Sir John Monash.