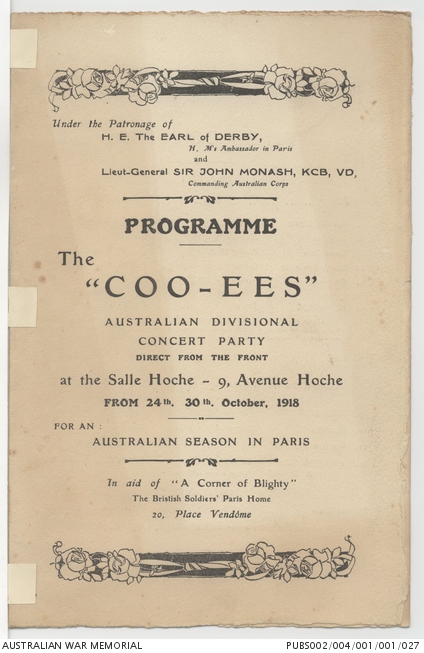 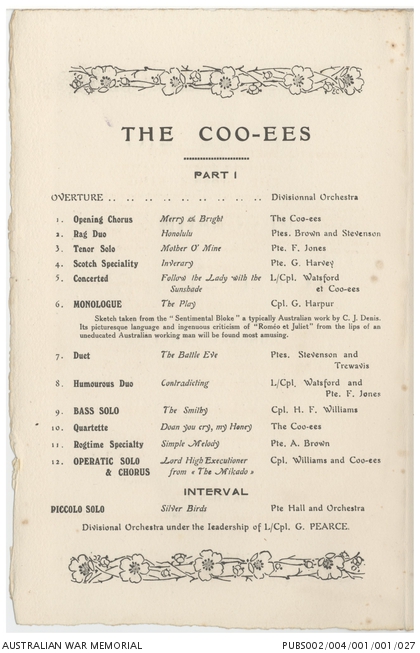 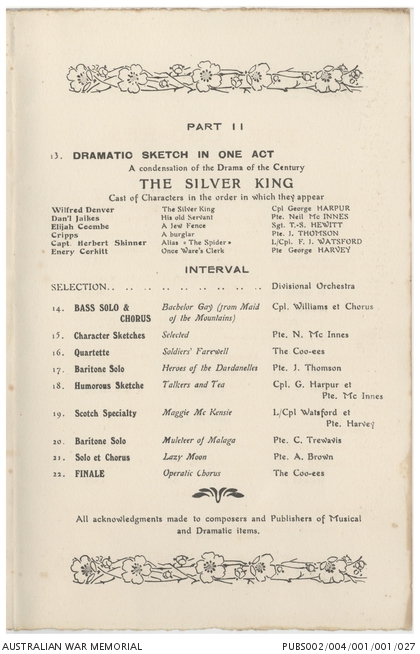 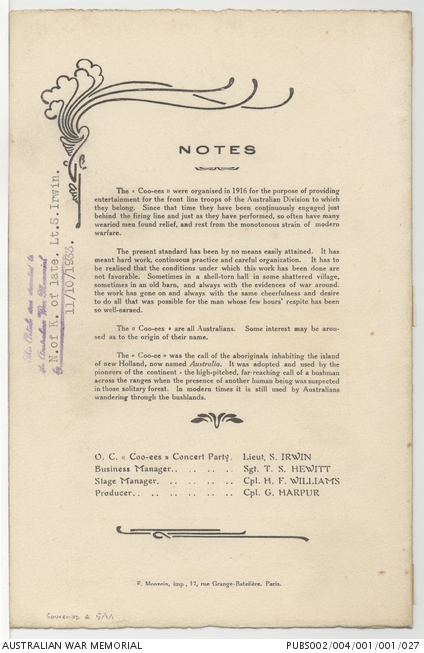 Souvenir program for a concert held during the First World War. This program is for a performance by the Australian Divisional Concert Party, the Coo-ees, at the Salle Hoche in Paris from 24 to 30 October 1918. This concert featured instrumentals, vocal performances and a dramatic sketch titled 'The Silver King'. The entertainment was organised in aid of the British Soldiers' Paris Home under the patronage of H E, the Earl of Derby and Lieutenant-General Sir John Monash.