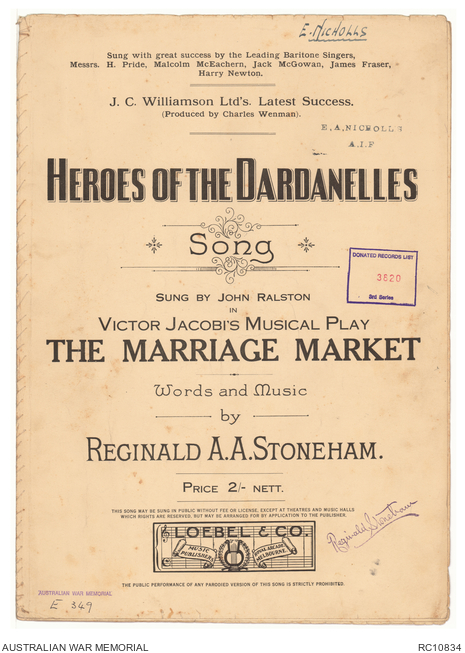 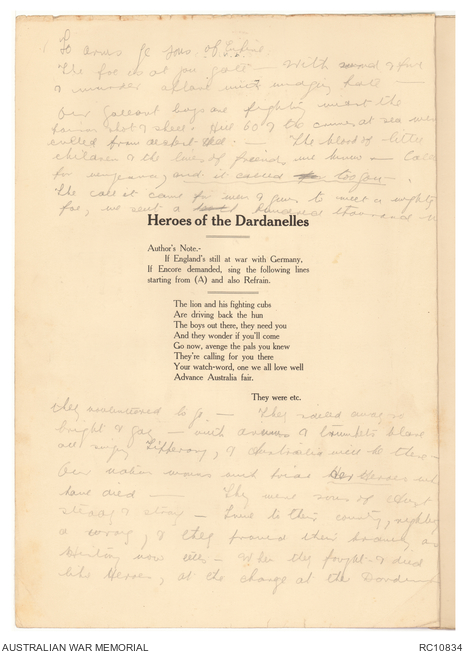 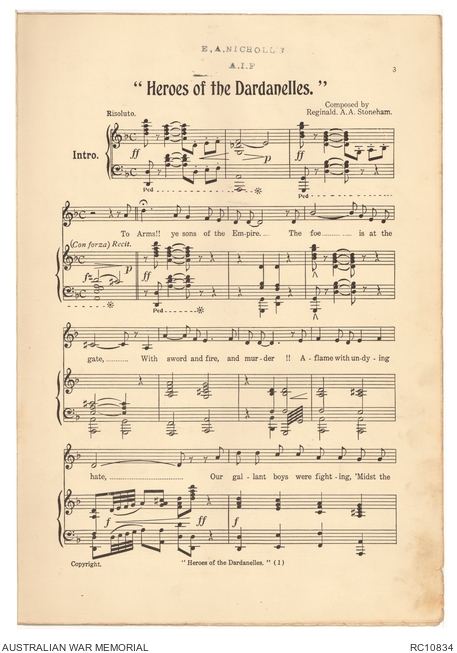 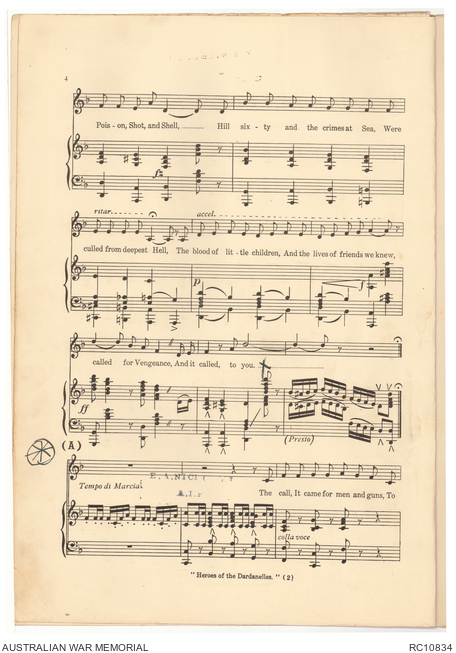 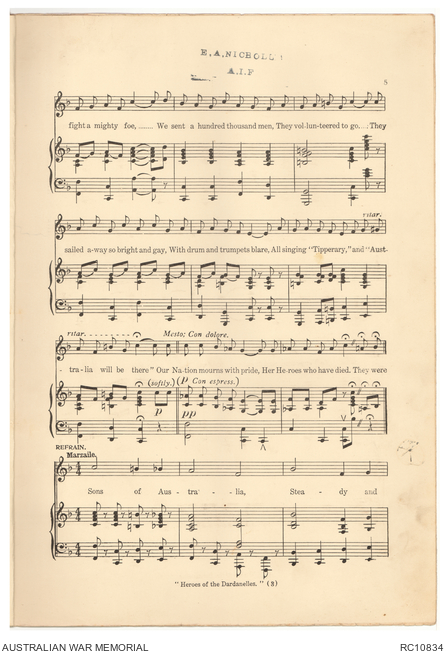 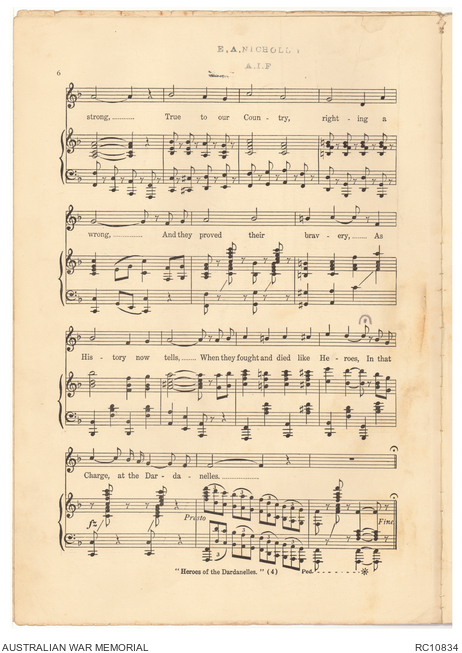 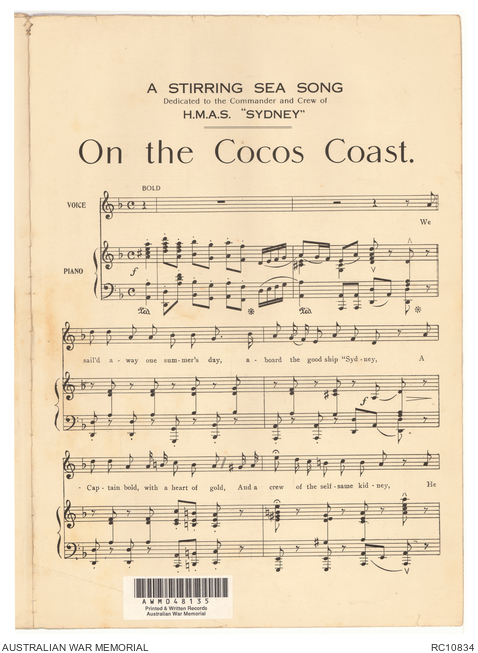 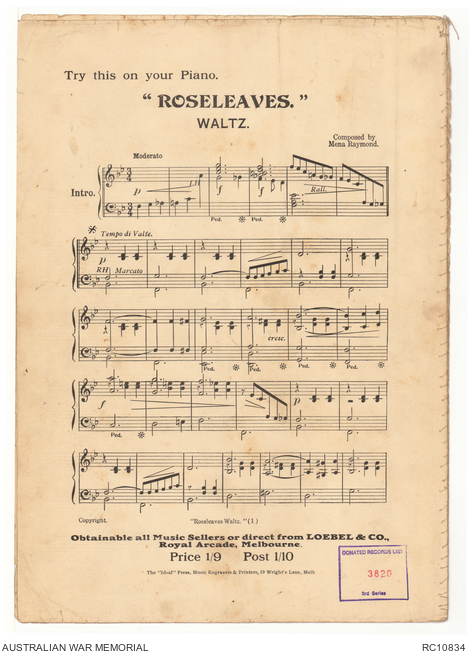 The song 'Heroes of the Dardanelles', was a popular song in Australia at fundraising events, farewell concerts, recruiting rallies and other social events during the First World War. This was particularly the case during 1915. The song was also in the possession of Ernest Alfred Nicholls and is believed to have been performed by the concert parties with which he was involved with at Perham Downs during the First World War. It was also performed by John Thomson, a member of the Coo-ees Concert Party at various locations in Paris during the period 24 to 30 October 1918.

Students from North Creswick State School, Victoria, organised a concert to raise funds for the Red Cross and to mark the centenary of the Battle of Waterloo. This was held in the Creswick Town Hall on Friday 18 June 1915. According to a report of this concert in the Creswick Advertiser, the 'girls', presumably the students, performed 'Heroes of the Dardanelles'. Another fundraising event that incorporated a performance of this song was organised by the Newcastle Commercial Travellers and Warehouse Salesmen’s Association to raise funds for the Belgian Fund. The organisation hosted a carnival that concluded with a concert at the Victoria Theatre, Newcastle, New South Wales, on 15 July 1915. Mr W Malcolm McEachern opened this concert with his rendition of 'Heroes of the Dardanelles'. His interpretation of the song was well received by the audience with the song itself described by the concert report as 'a tribute to the achievements of the Australians'. The song was also performed as a duet by Miss V Manderson and Mr W Roberts at the quarterly concert of the North Presbyterian Church, Williamstown on Tuesday, 22 June 1915. Another performance was given by Mr Oswald Smith at a concert at the Melbourne Town Hall on Wednesday 23 June 1915 in honour of the Australian mandolinist, Signor Oreste Manzoni. It was noted in the report of this concert, that the composer lived locally.

A farewell social and concert was held at the Stratford Mechanics Institute on Monday 21 June 1915 in honour of local service personnel who had enlisted - E Burgess, P Donovan, W Jones, C Stewart and B A Wilson. Mr E H Smith performed 'Heroes of the Dardanelles' at this concert.