Group portrait of members of the 52nd Battalion. Identified back row, second from left is 3402 ... 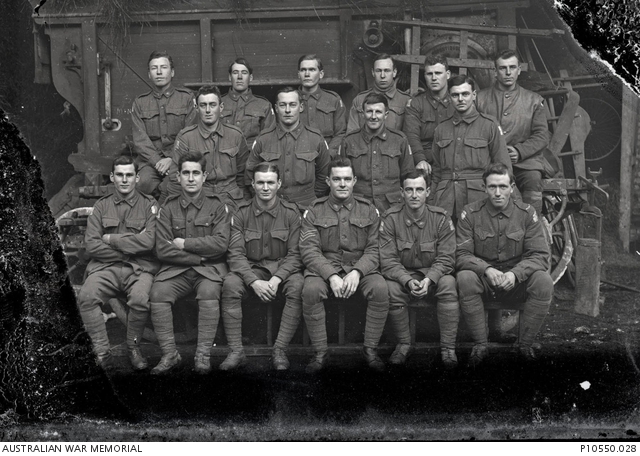 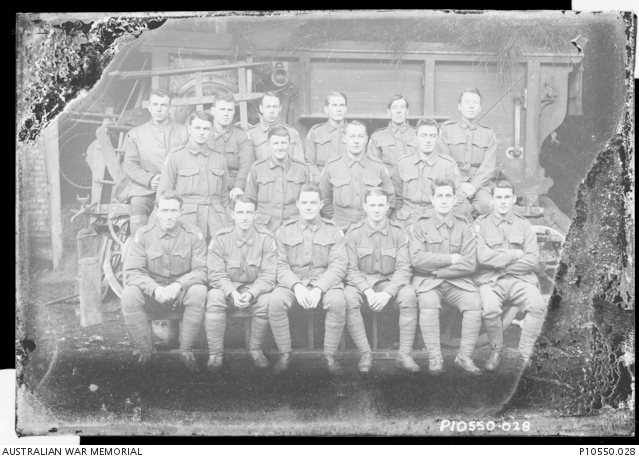