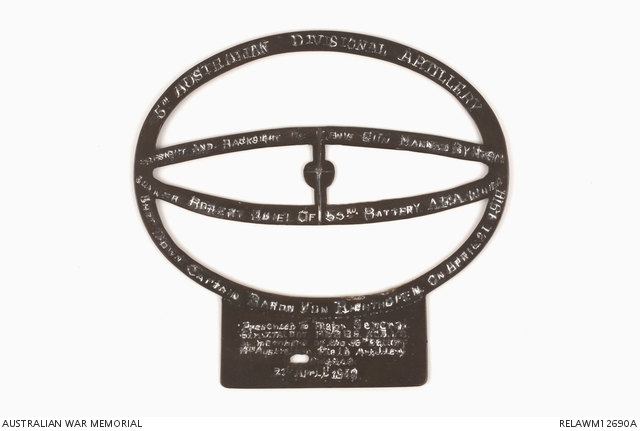 Anti-aircraft foresight for a Lewis machine gun, made and used by gunner Robert Buie of the 53rd battery, 5th Australian Division Artillery in France.
Scratched onto the sight is the inscription:

Buie used this sight to fire at the famous German air ace, Captain Baron Von Richthofen. Gunner Buie was a member of a working party detailed for duty to a machine gun and anti-aircraft school a short time before the above event took place. He took advantage of the opportunity to learn all he could about anti-aircraft work and actually made the sights out of a piece of 18 pdr cartridge case.

The means by which this type of sight was used was described in a pamphlet printed in France in June 1918 and issued by the General Staff, entitled 'The forward area anti-aircraft sight'.