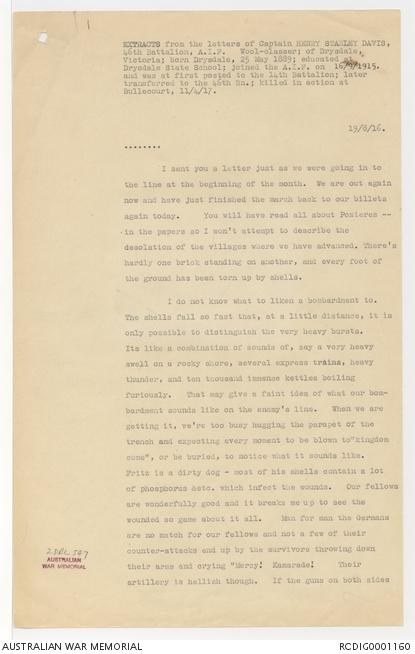 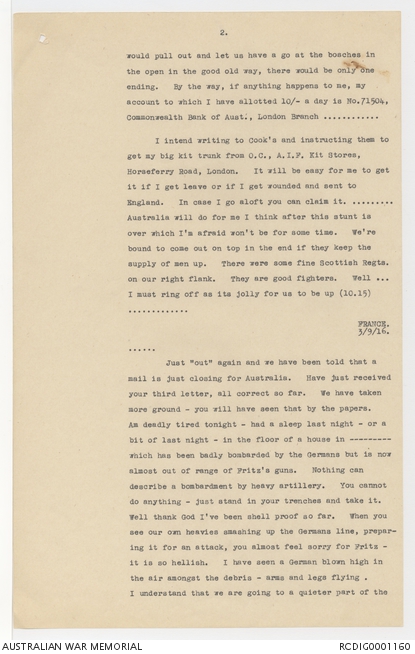 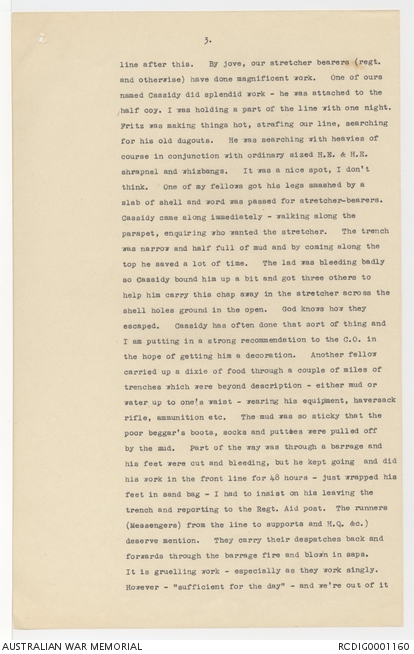 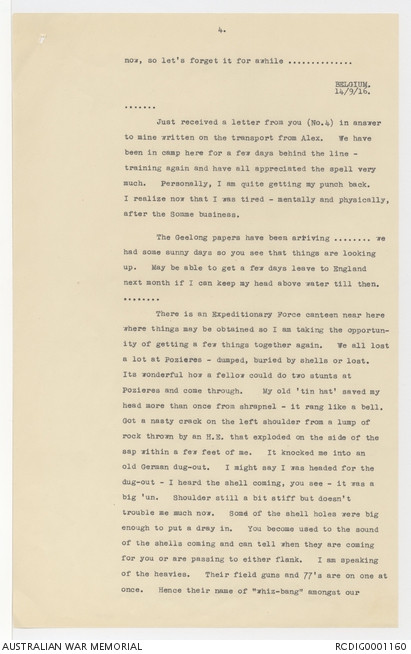 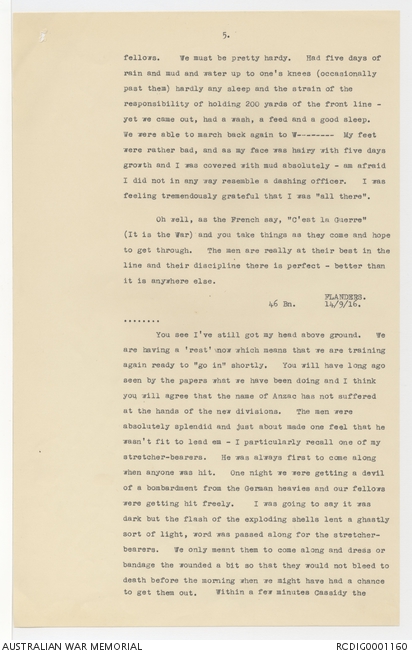 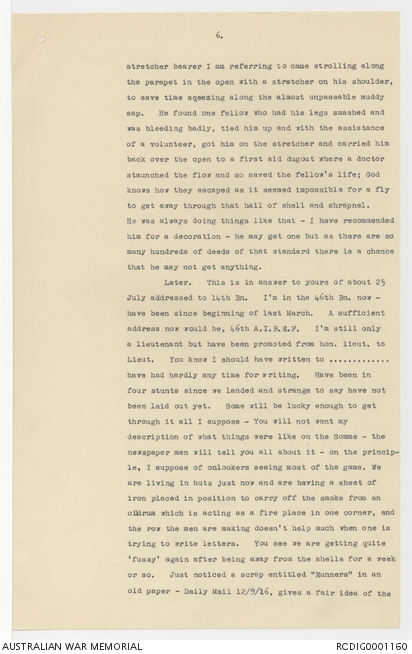 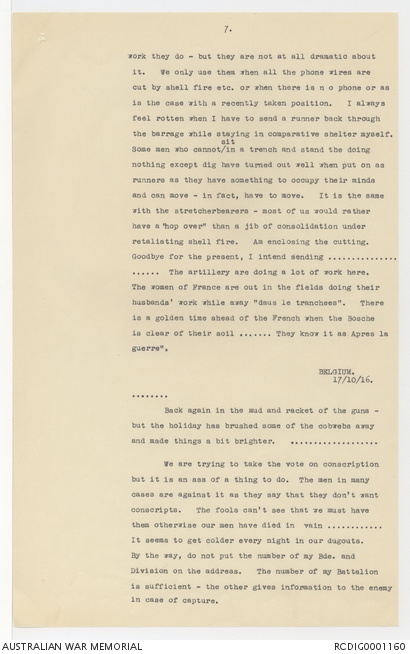 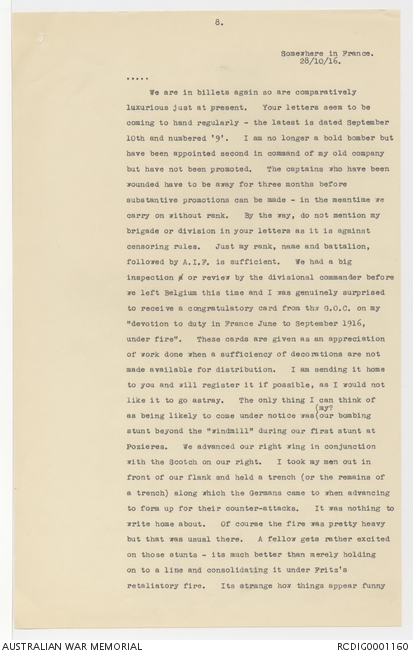 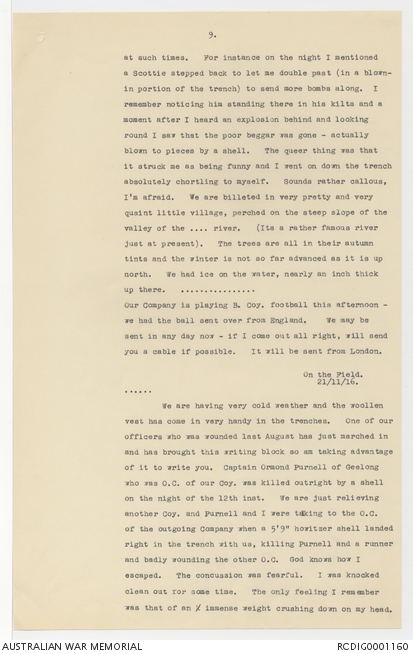 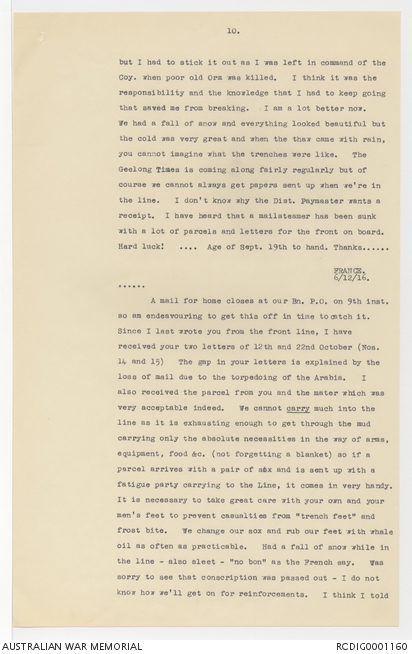 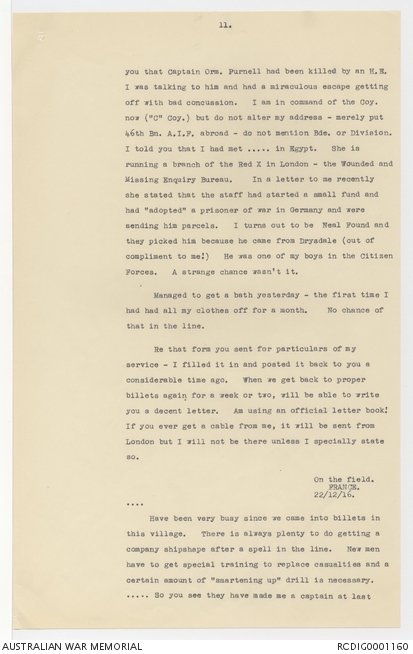 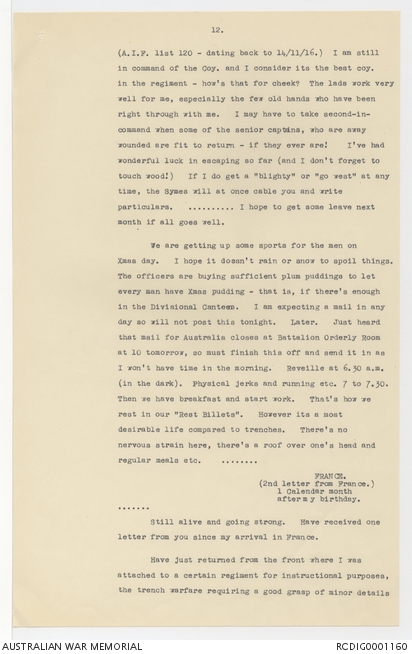 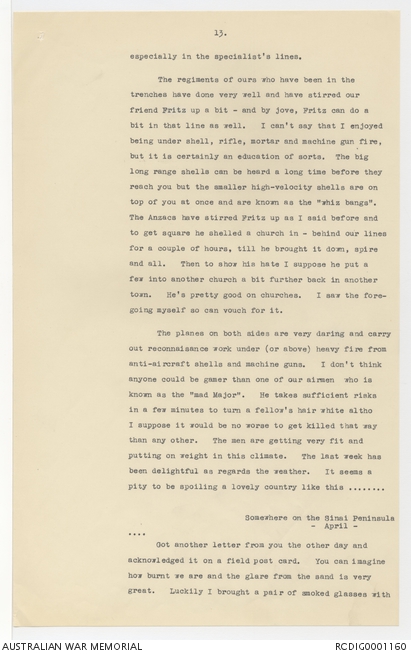 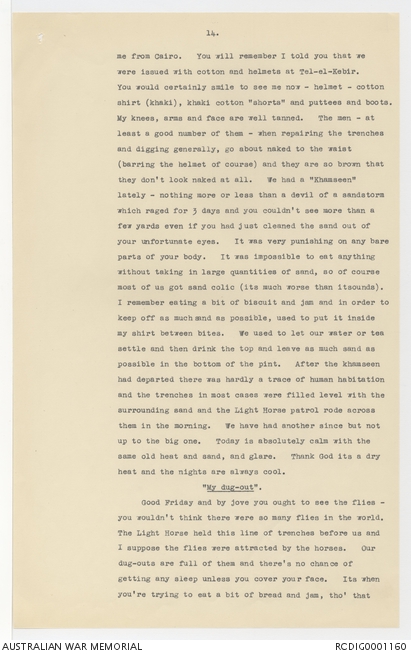 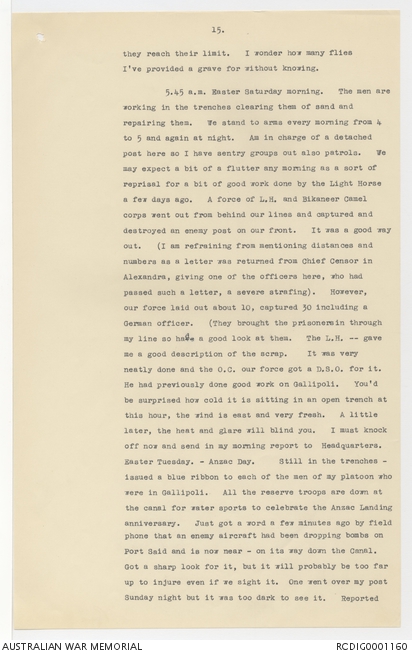 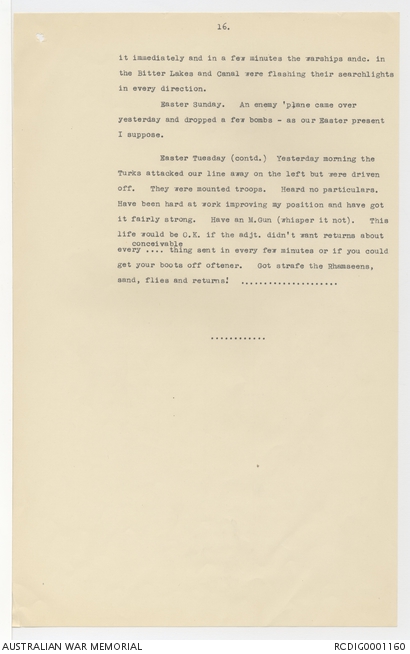 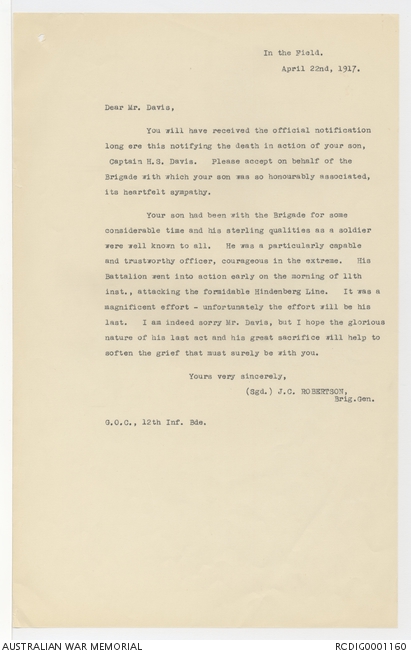 Typescript extracts of letters relating to the First World War service of Captain Henry Stanley Davis, 46th Battalion. These extracts were made by the Australian War Memorial in 1932-1933 and the original letters were returned to Davis' family upon their request. The letters written by Davis span from April 1916 to December 1916 and cover: conditions in Egypt, including the sand, heat and flies; repairing and manning trenches in the Suez Canal area; the capture of an enemy post; Turkish and German prisoners of war; Turkish attacks on the line; German artillery barrages; air warfare; the British fighter pilot Christopher Draper, also known as the “Mad Major” ; instruction in the art of trench warfare on the Western Front; coming out of the line at Pozieres; descriptions of artillery bombardments and their effect on the men; comparison of the German soldier to the Allied soldier; commendation of the work of stretcher bearers, and one in particular named “Cassidy”; commendation of the work of runners; the mental and physical exhaustion from fighting on the Somme; Davis’ experience and actions during the battle of Pozieres; observations on the condition of the men; the new Australian divisions living up to the Anzac name on the Somme; promotion to lieutenant; observations on the French people; return to the front line; disappointment in the failure of the conscription vote and comments from other soldiers on the issue; weather conditions; role as second in command of “C” Company; the death of Captain Francis Ormond Purnell and Davis being left in command of company; concussion from shell fire; trench foot and frost bite in the trenches; training reinforcements.

Also included is a letter of condolence from Brigadier James Campbell Robertson, commanding officer of the 12th Infantry Brigade, to Davis’ father on 22 April 1917. It comments on Davis’ qualities as a courageous and trustworthy officer, and his manner of death during the first battle of Bullecourt on the morning of 11 April 1917.