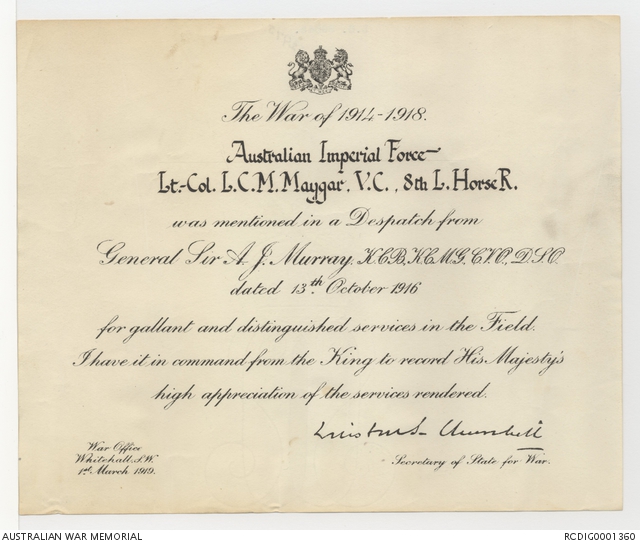 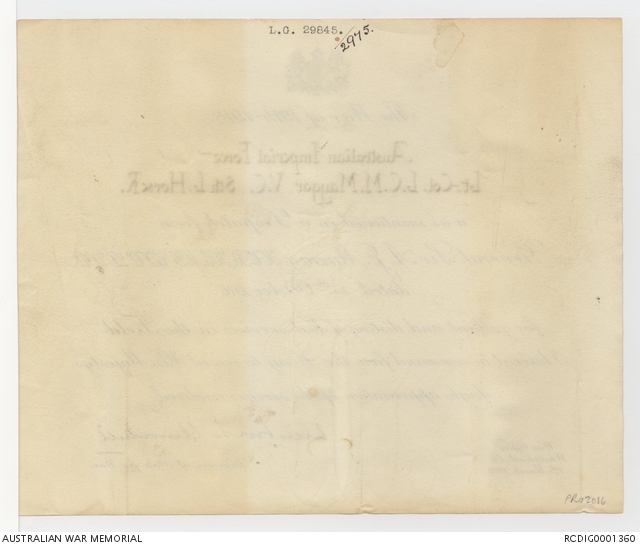 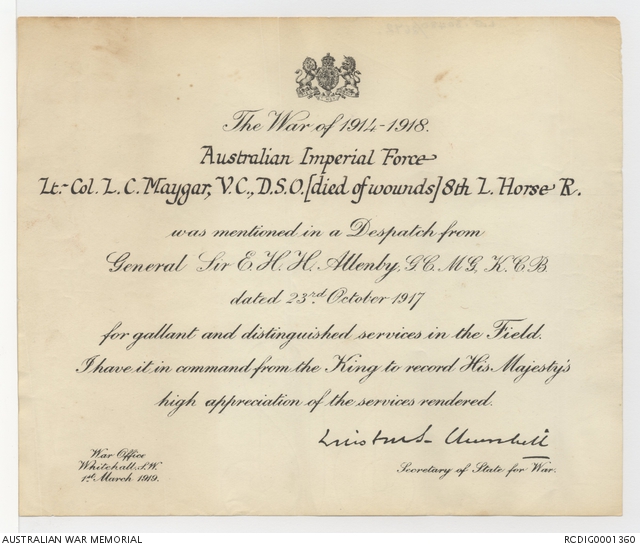 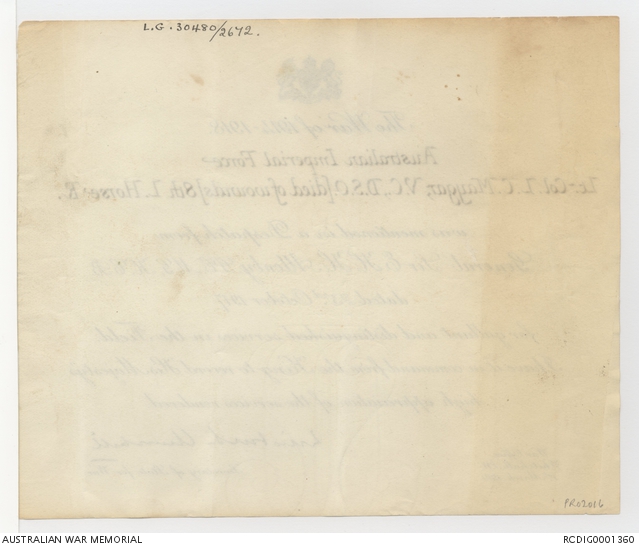 Certificates of award relating to the First World War Service of Lieutenant Colonel Leslie Cecil Maygar, 8th Light Horse Regiment. These certificates, printed in 1919 at the War Office in London, detail Maygar’s Mention in Despatches on two occasions. The first occasion was on 13 October 1916 by the commander of the Egyptian Expeditionary Force (EEF), Lieutenant General Archibald Murray. The second occasion being on 23 October 1917 by the subsequent commander of the EEF, General Edmund Allenby. The 8th Light Horse Regiment was under the EEF during the campaign in Sinai and Palestine. The certificates are signed by the British Secretary of State for War at the time, future British Prime Minister Winston Churchill. This file contains:
Mention in Despatches award for 13 October 1916, signed 1 March 1919;
Mention in Despatches award for 23 October 1917, signed 1 March 1919.