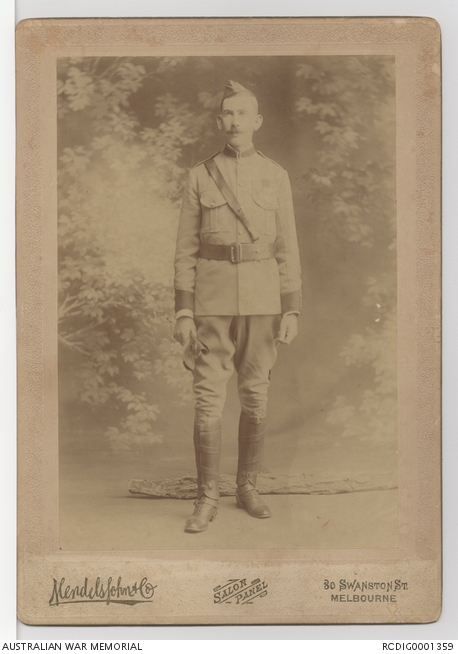 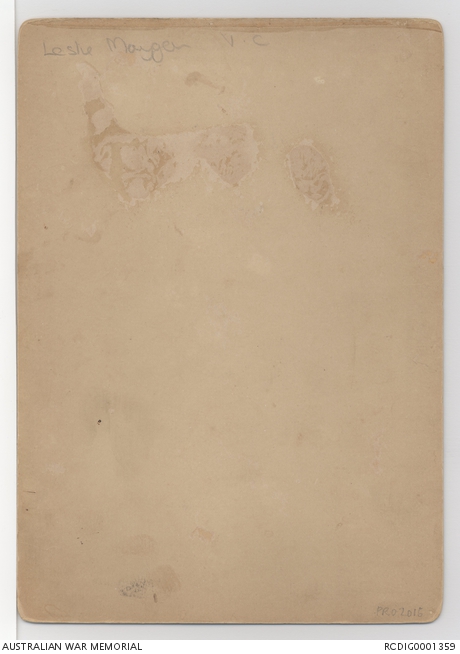 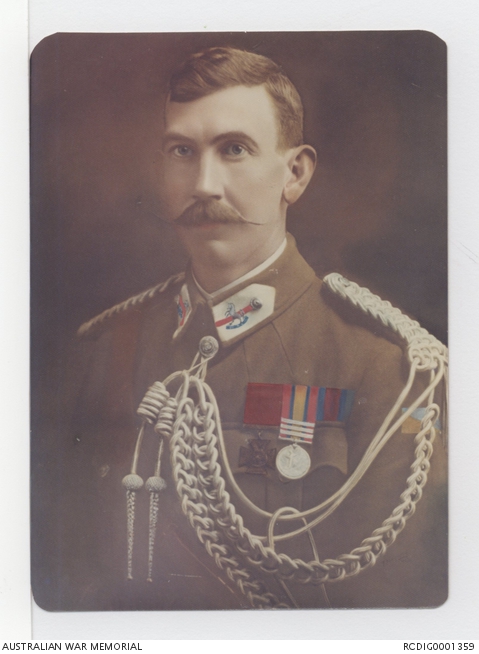 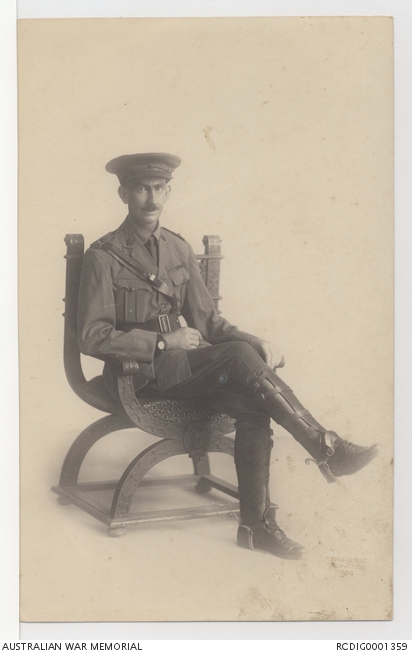 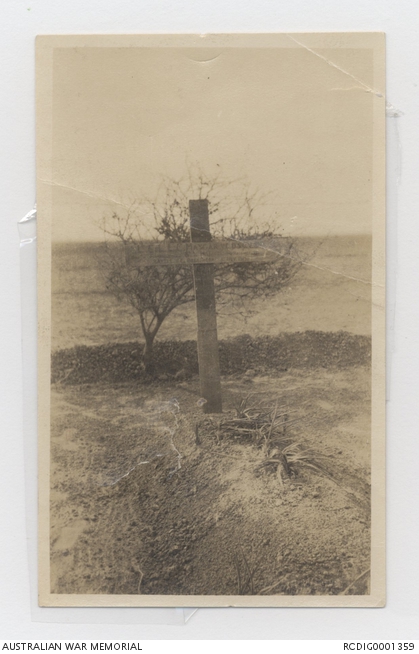 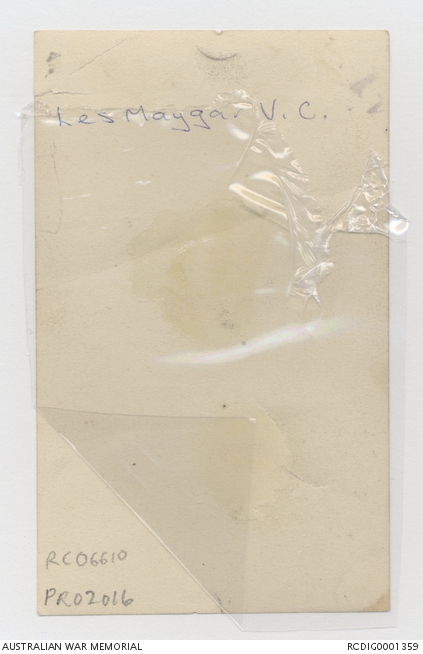 Photographs relating to the Boer War and First World War service of Lieutenant Colonel Leslie Cecil Maygar. Maygar served with the 5th Victorian Mounted Rifles during the Boer War and with the 4th and later 8th Light Horse Regiments during the First World War.
The first photograph was taken at Melbourne, likely in 1902, and depicts Maygar in his Victorian Mounted Rifles uniform after his return from the Boer War. He is wearing his Queen’s South Africa medal and what appears to be his Victoria Cross medal.
The second photograph was taken in Australia sometime after 1903 and before 1914 as Maygar is wearing the 1903 Commonwealth pattern full dress uniform. The 'rampant' horse badge of the 8th Light Horse Regiment (a militia badge pre 1903), the colour patch of the 8th Light Horse Regiment first Australian Imperial Force (on the left sleeve) and the ribbon of the Distinguished Service Order (mistakenly painted out of order with his Boer War service ribbon) have been added to the portrait by the artist.
The third photograph was taken in Cairo and depicts Maygar in uniform whilst serving abroad during the First World War. He is wearing his 8th Light Horse Regiment uniform and a summer peaked cap with inbuilt sun shade. His shoulder epaulettes display the rank of lieutenant colonel, a rank which he was promoted to in October 1915 when he was transferred to the command of the 8th Light Horse Regiment, and he is not wearing the medal ribbon for his Distinguished Service Order which he was awarded in June 1917. Therefore, it appears that this photograph was taken sometime between late 1915 and mid-1917, possibly during his leave to Cairo in mid-1916.
The fourth photograph is of Maygar’s grave in Palestine, likely taken in 1917 or 1918.
This file contains:
Photograph of Leslie Cecil Maygar in uniform, [c. 1902];
Photograph of Leslie Cecil Maygar in uniform, [c. 1903];
Photograph of Leslie Cecil Maygar in uniform, [c. 1915-1917]
Photograph of the grave of Leslie Cecil Maygar, [c. 1917-1918]