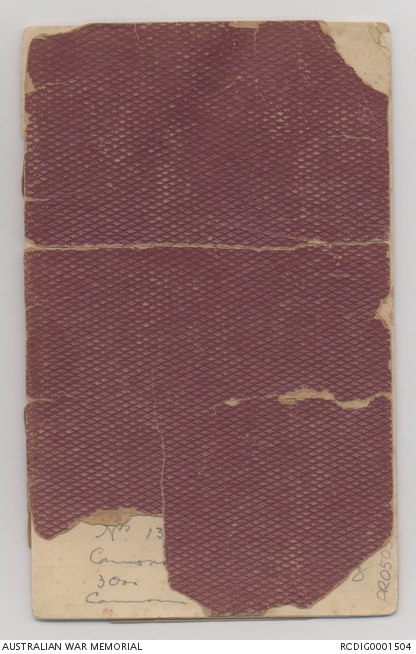 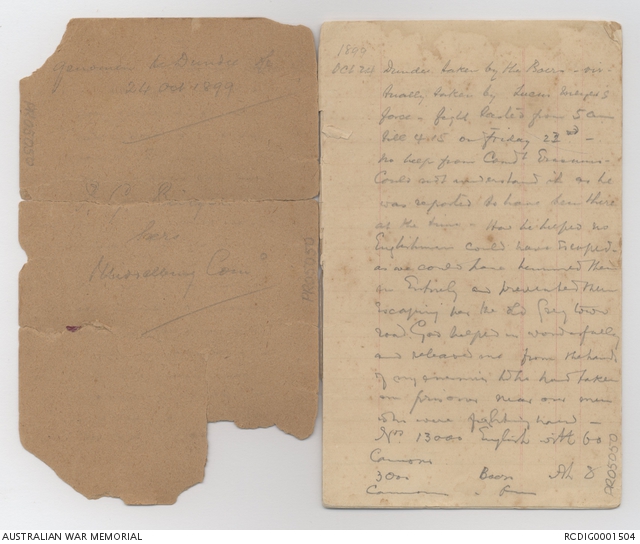 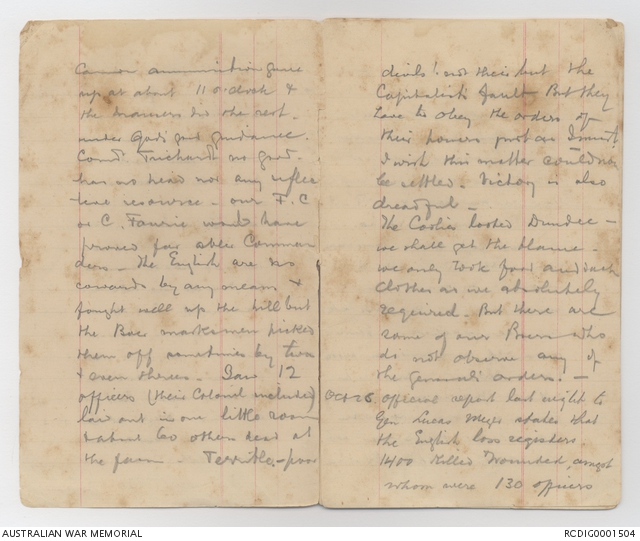 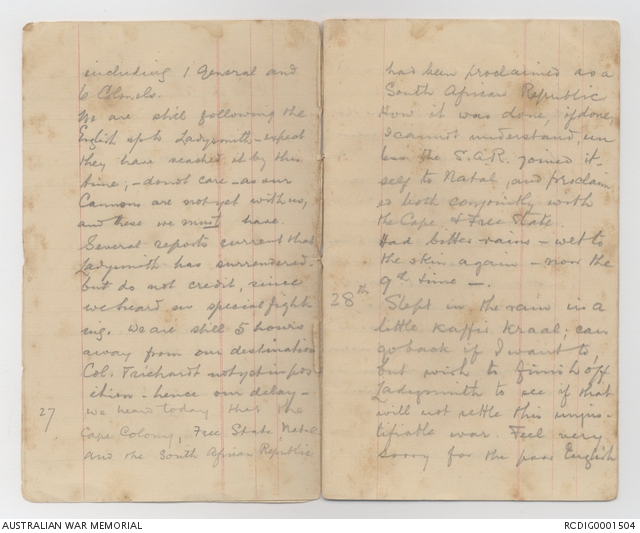 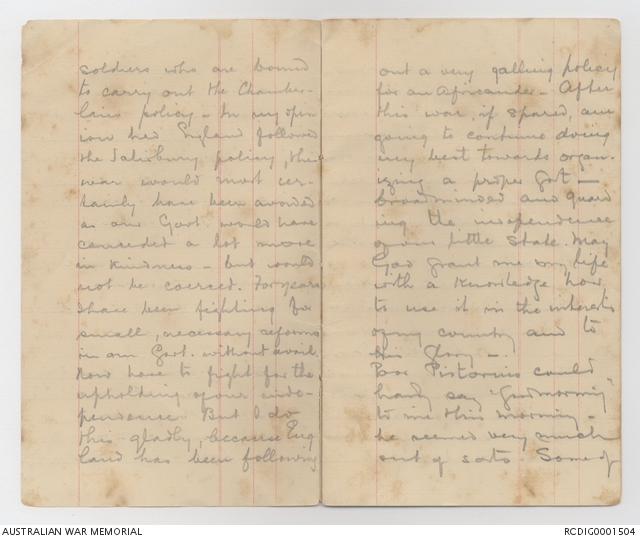 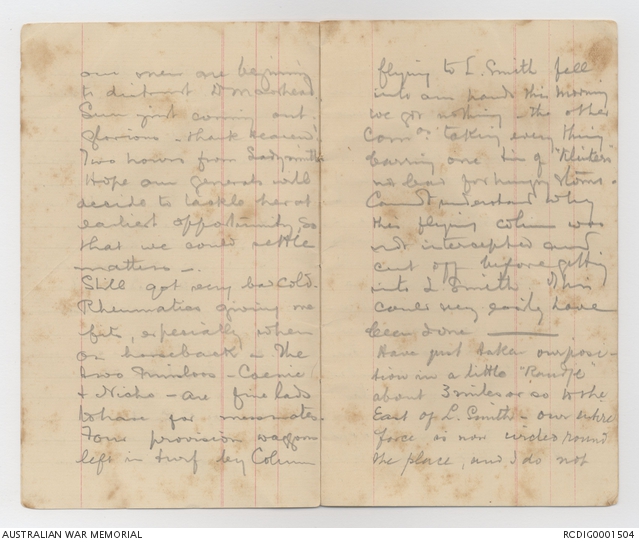 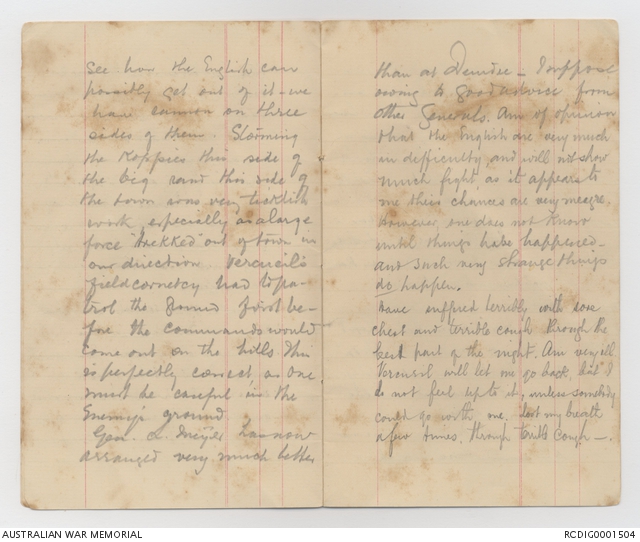 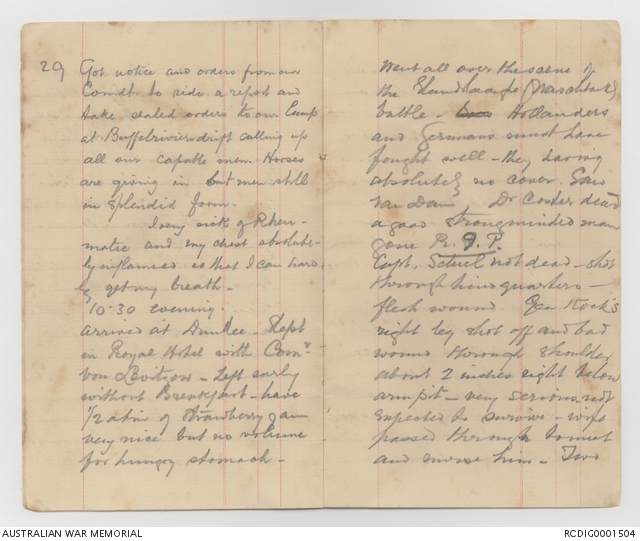 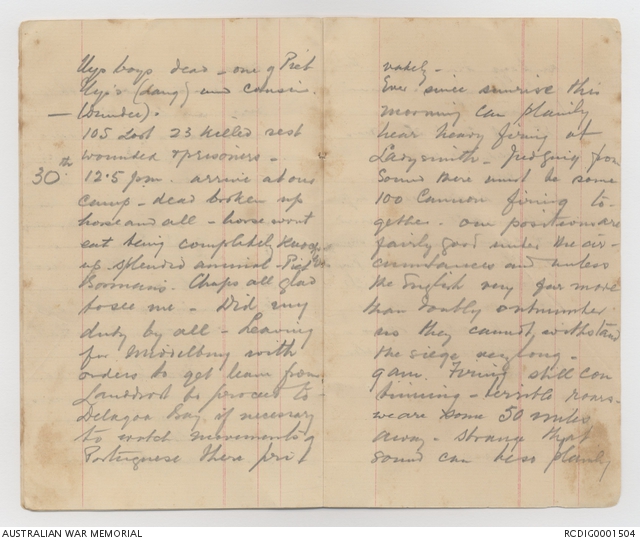 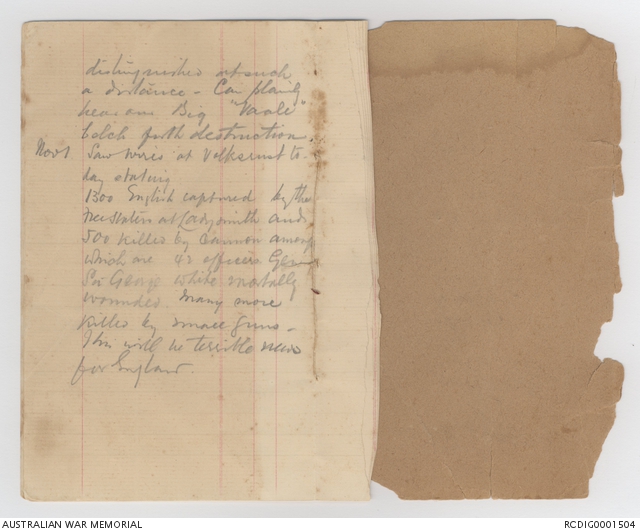 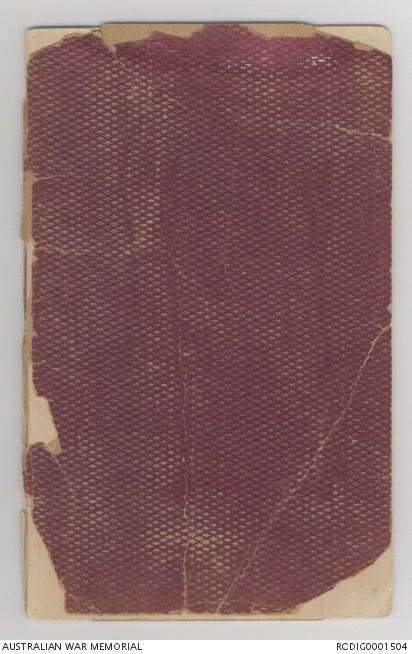 Diary of an unknown soldier who served during the Boer War. This handwritten diary contains entries for the period 24 October to 1 November 1899. The soldier, presumably Australian, records the conditions and progress of the fighting as well as several key events during this period, such as the capture of Dundee by the Boers and the Battle of Ladysmith, including the losses to the British forces. He also records his own observations regarding the British Army and their ability to fight, as well as the political situation that had preceded the conflict, specifically Lord Salisbury and the policy of ‘splendid isolation’. It is unknown the circumstances through which this diary came into the possession of Mary Ann ‘Bessie’ Pocock, who served as nurse during the war from February 1900 onwards.