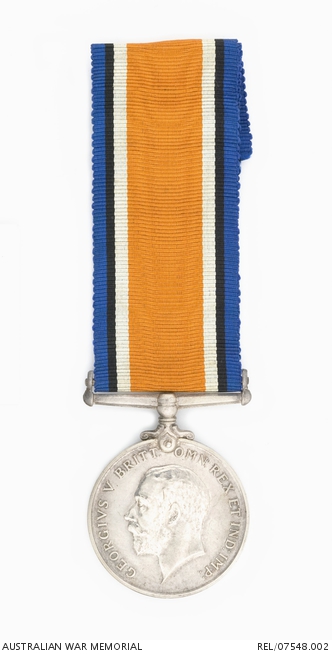 Presented to Lieutenant Vincent Maxwell Chataway, 9 Battalion, AIF. Born in 1892, Chataway was a 23 year old student living in Cleveland, Queensland when he enlisted in the AIF in 1915. He embarked on HMAT Clan McGillvray as a 2nd lieutenant with the 20th reinforcements to 9 Battalion on 7 September 1916. Promoted to lieutenant in early April 1917, Chataway was awarded the Military Cross for his actions at Lagnicourt later in the same month. He returned to Australia on 18 July 1919.