Letters regarding the death of Cecil Beaumont Mills, 1916-1917 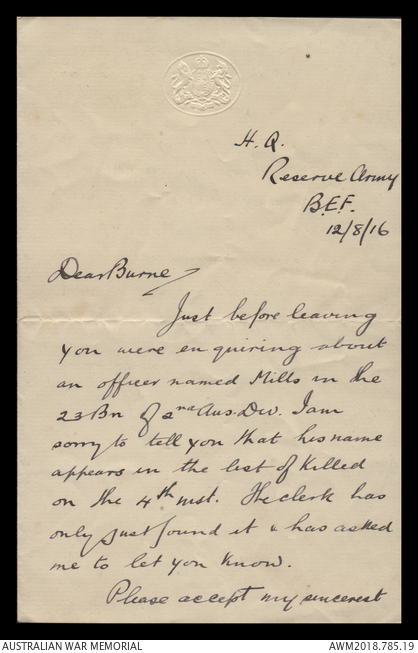 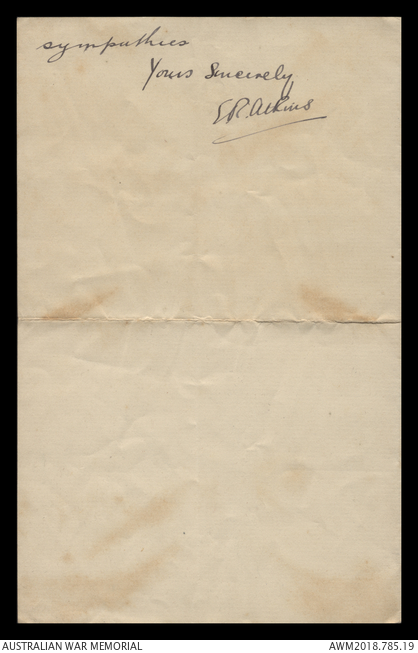 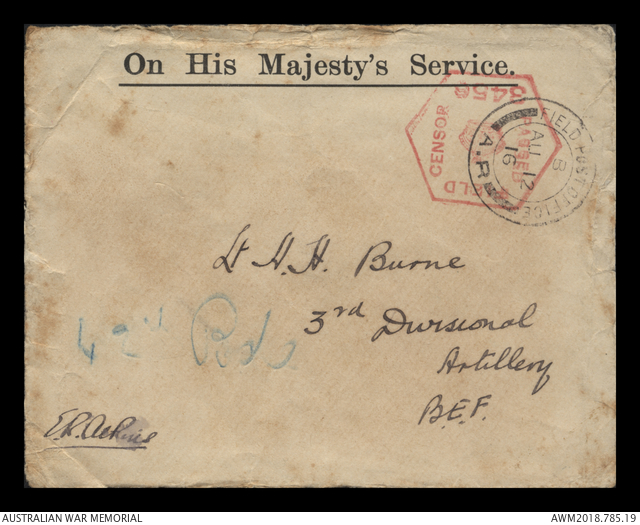 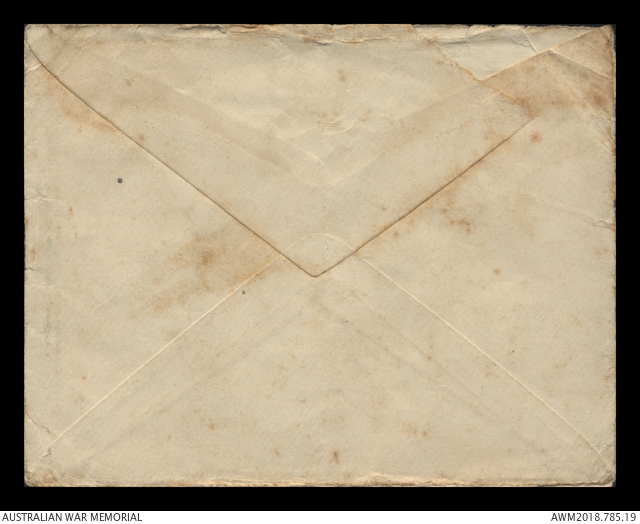 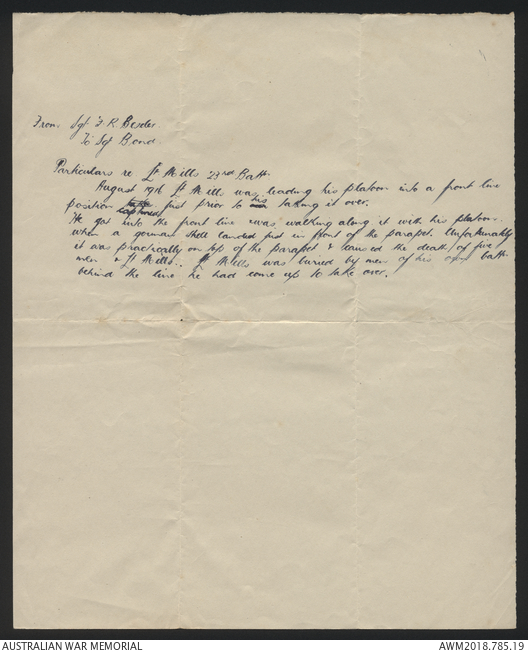 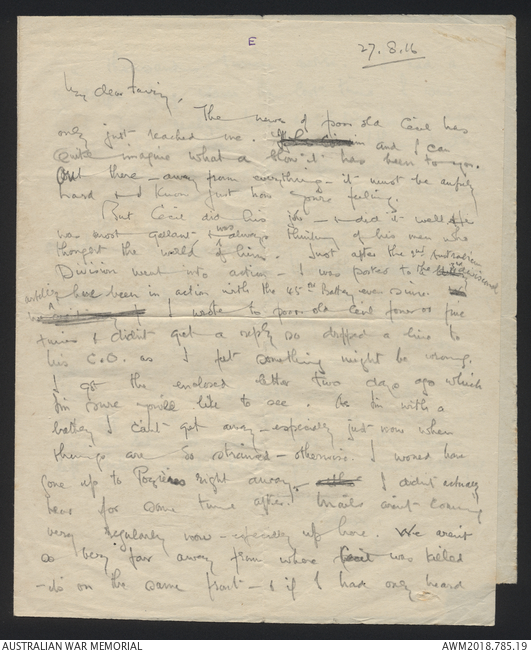 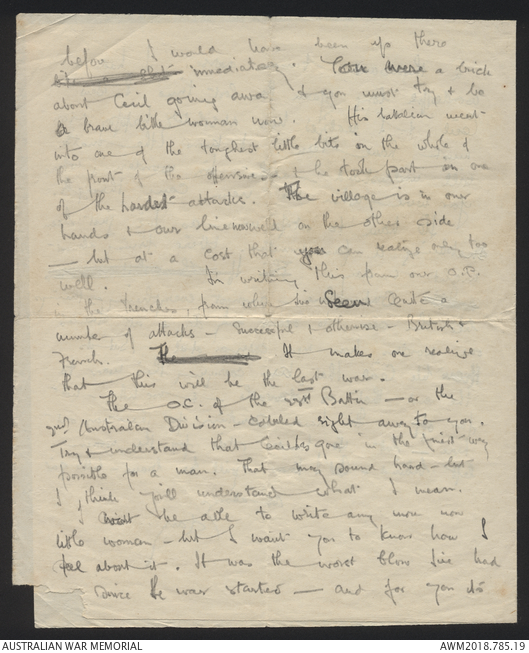 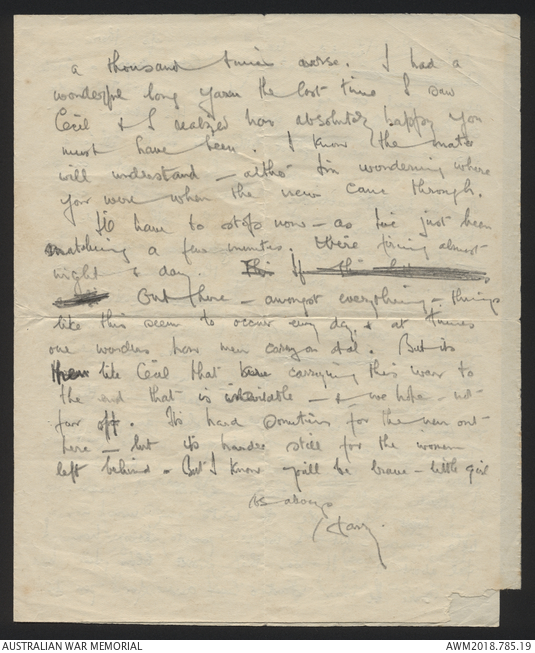 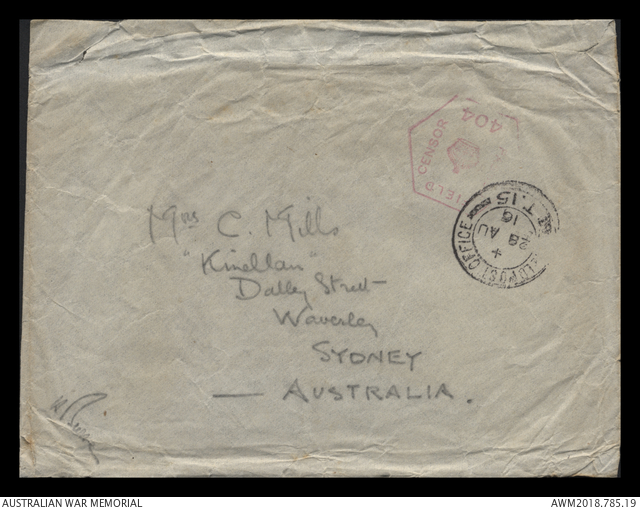 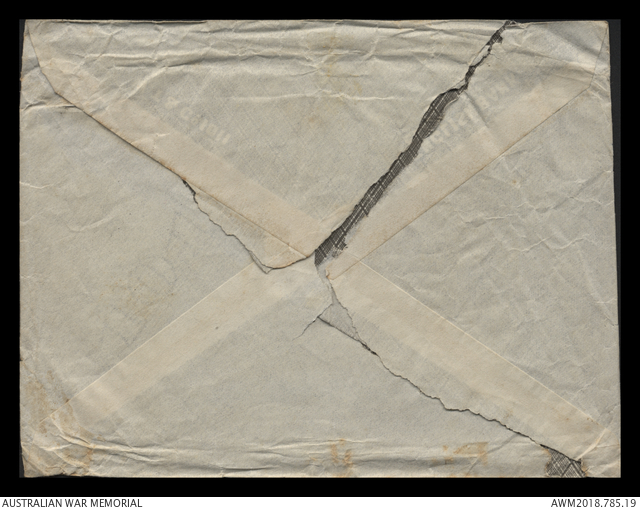 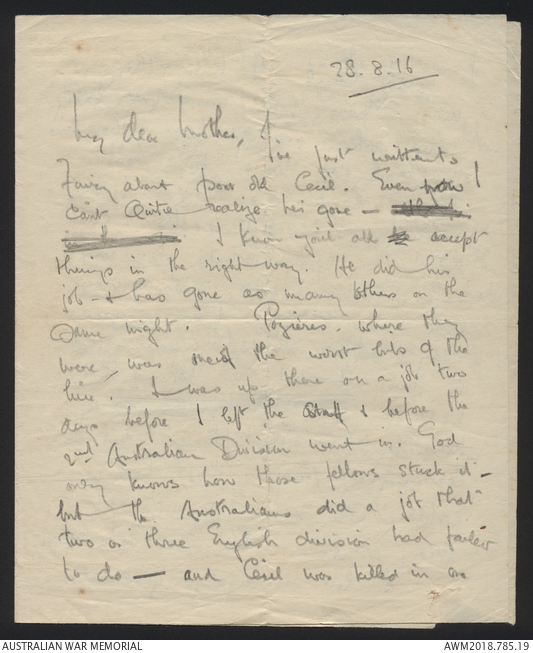 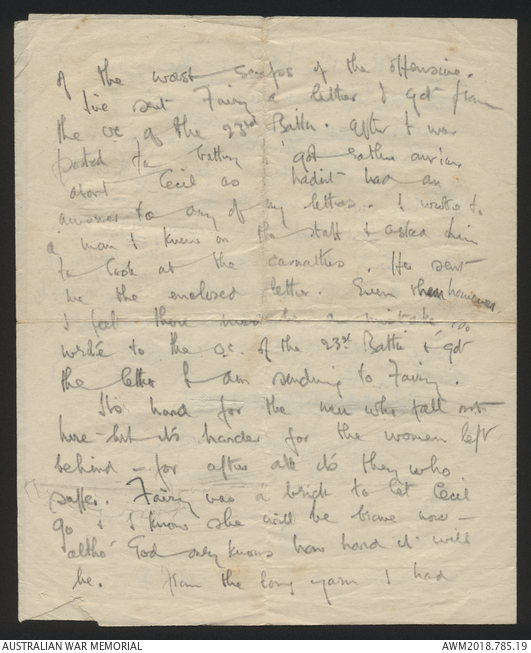 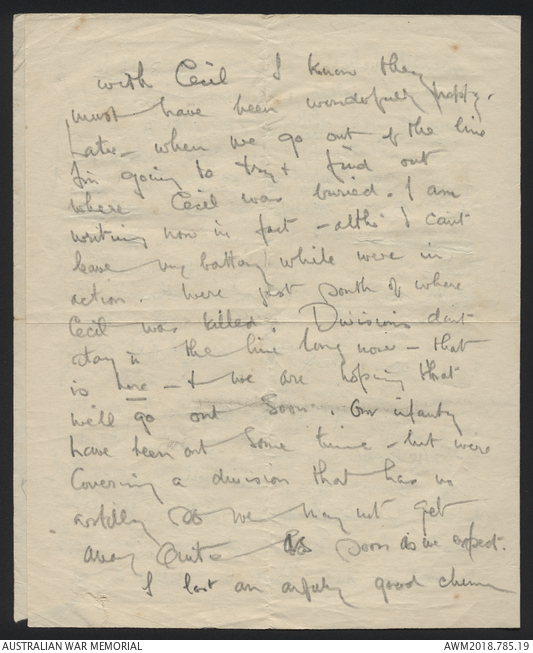 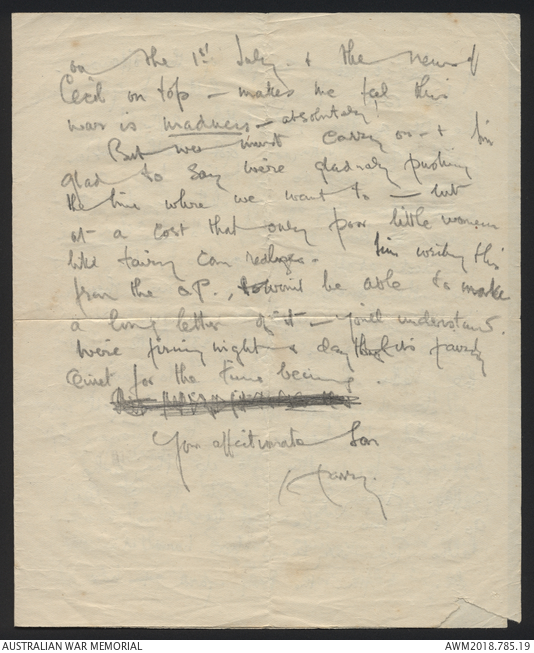 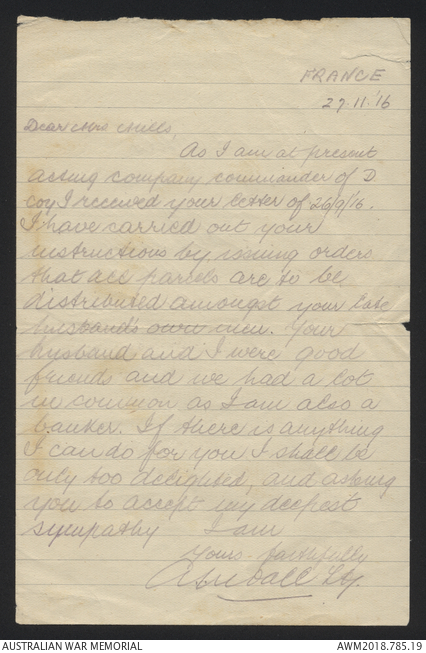 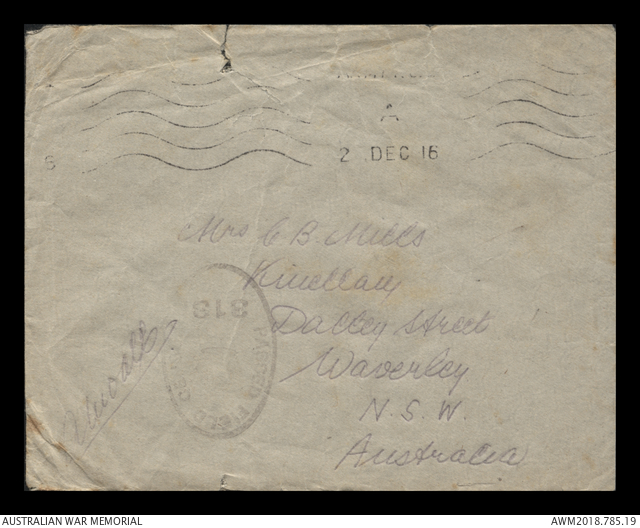 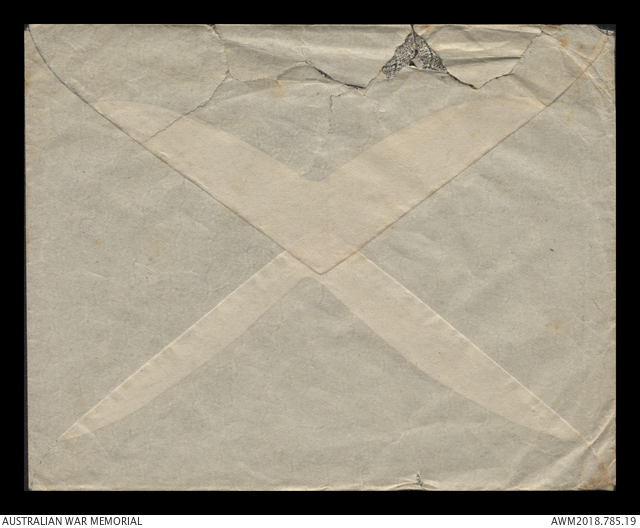 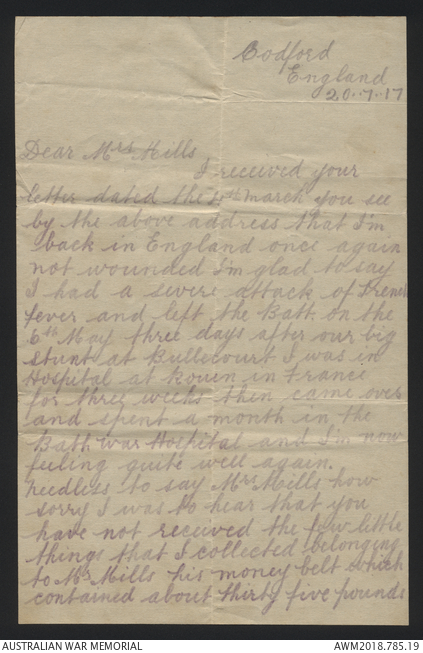 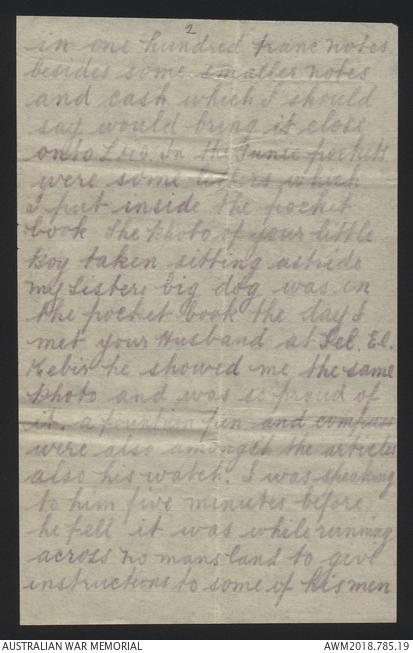 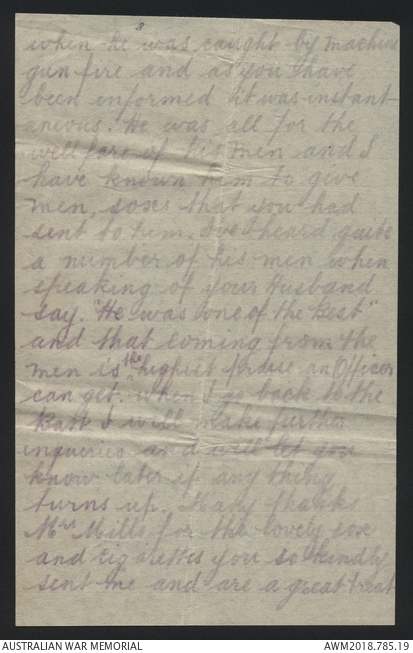 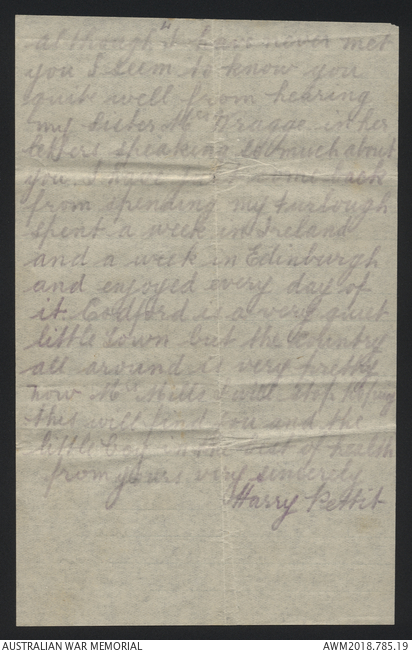 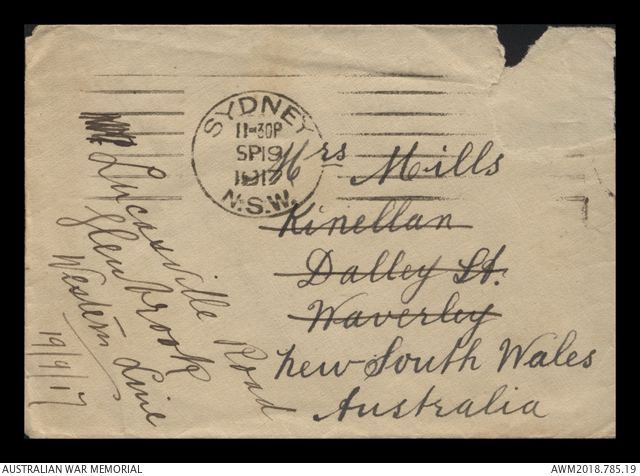 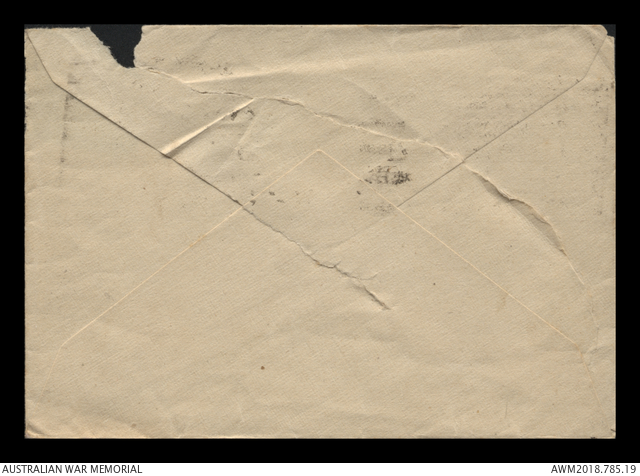 File of letters regarding the death of Lieutenant Cecil Beaumont Mills, 23rd Infantry Battalion. These letters were written to the wife and family of Mills and mentions the details surrounding his death on the 4 August 1916 during the battle of Poziers. Many of the letters are from Mills's brother-in-law, Lieutenant Henry Harman Arthur Burne, 3 Divisional Artillery, British Expeditionary Force.