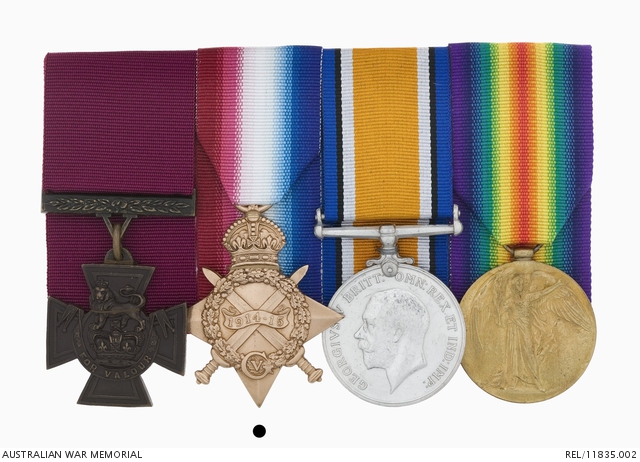 Hugo Vivian Hope 'Jim' Throssell was born on 26 October 1884 at Northam, Western Australia, one of fourteen children born to George and Ann (nee Morrell) Throssell. He was educated at Prince Alfred College in Adelaide. Following his schooling he worked on cattle stations in the north of Western Australia until, in 1912, he and his brother Frank Erick (Ric) Throssell worked a 1000-acre wheat property at Cowcowing, in Western Australia.

On 29 September 1914, both brothers presented themselves to the Northam enlistment centre and were posted to 10 Light Horse Regiment (10LHR), forming part of 3 Light Horse Brigade. Before leaving Australia, Hugo was transferred to the 2nd reinforcements for 10LHR as a second lieutenant, embarking on HMAT A50 Itonus on 19 February 1915. He arrived on Gallipoli from Egypt on 4 August and within three days was ordered to Russell's Top for an assault on "The Nek". The battle of The Nek was a disaster in which much of the regiment was wiped out.

In August he was seriously wounded during the battle for Hill 60 and evacuated to England for treatment. He was not fit for active service again till November 1916. For his actions during the battle he was awarded the Victoria Cross. In the Second Battle of Gaza on 19 April 1917 he was again seriously wounded and his brother was killed. He was promoted to Captain on 15 August. In December, following the battle for Jerusalem, Captain Throssell and thirty men from 10LHR were given the distinction of representing Australia in the Guard of Honour for General Allenby's formal entry into the city.

Over the next nine months Throssell's health deteriorated and he returned to Australia in September 1918. He married Katherine Susannah Prichard on 28 January 1919, settling at Greenmount in Western Australia. Throssell was discharged on 13 February 1919 and represented returned soldiers on the Discharged Soldiers' Settlement Board that same year.

He became an active socialist following the war. Failed business ventures, his wartime experiences and depression drove him to suicide on 19 November 1933. Captain Hugo Vivian Hope Throssell, V.C., was buried with full military honours at Karrakatta Cemetery in Perth. His VC and medals came into the Australian War Memorial's collection in 1984.