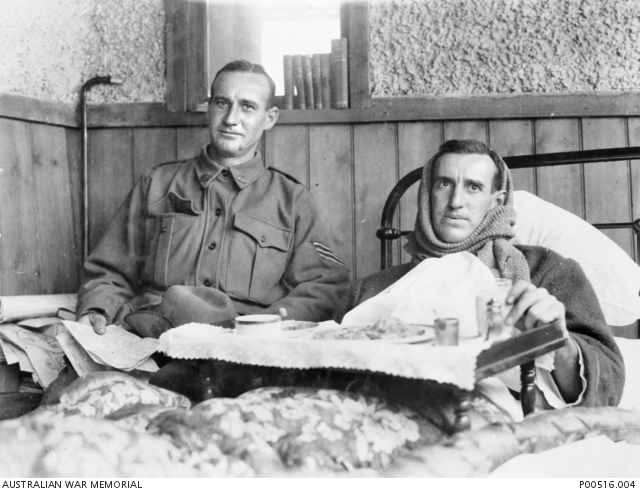 Lieutenant Hugo Vivien Hope Throssell VC at Wandsworth Hospital recovering from wounds received at Gallipoli. Throssell enlisted on 5 October 1914 and returned to Australia on 4 September 1918 after service in the 10th Australian Light Horse Regiment in the Middle East and Gallipoli. His Victoria Cross was awarded for most conspicuous bravery at Kaiakij Aghala (Hill 60), at Gallipoli on 30 August 1915. On the left is his brother Sergeant Frank Eric (Ric) Throssell also of the 10th Australian Light Horse Regiment. Ric Throssell was killed during the 2nd Battle of Gaza on 19 April 1917.