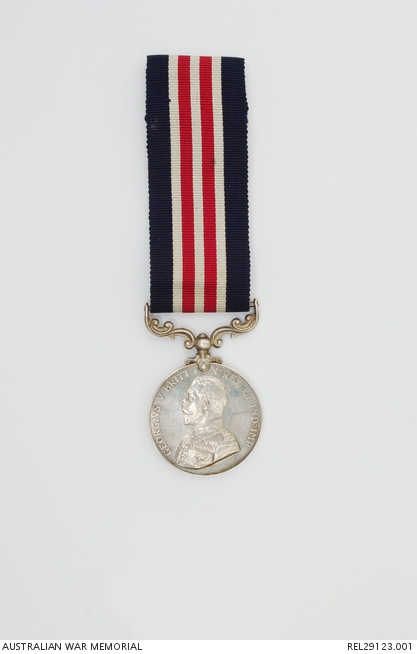 4327 Sergeant George Edward Johncock enlisted from Bangalow on 14 September 1915 and left Brisbane on 3 January 1916. He served first with 47 Battalion and later with 49 Battalion. He won the Military Medal for his involvement in an action at Dernancourt on 5 April 1918. He was killed on 13 August 1918 and is buried at Cote 80 French National Cemetery Etinehem. The recommendation for his Military Medal reads:
'For conspicuous bravery and devotion to duty at DERNANCOURT S.W. of Albert on April 5th 1918. Whilst in charge of an isolated night post he saw a neighbouring post attacked and occupied by enemy. He immediately organised a counter-attack of 6 men and regained it, killing majority of enemy, and holding it until dawn bringing out our wounded safely. He did great work in big attack with his Lewis Gun and only retired when the remainder of his team were casualties. He continued firing until he was wounded and his gun destroyed. Throughout he has displayed exceptional determination.'