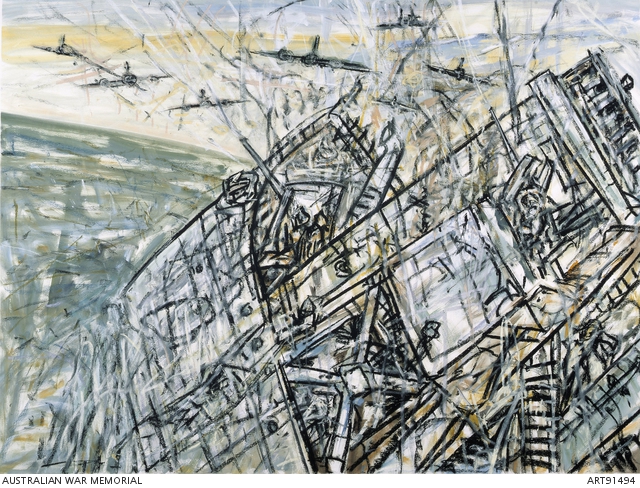 Jan Senbergs collaborated with Col Madigan, one of the Armidale survivors to create this work which forms part of a series of ten pastel drawings depicting the sinking of HMAS Armidale on 1 December 1942. There were eighty three crew and sixty six soldiers on board when Japanese torpedo bombers and Zero fighters finally sank the Armidale after a fatal two day battle. Ted Sheean, a seventeen year-old gunner, can be seen here strapped to the Oerlikon gun and still firing as the ship went down.