Strafing in the water 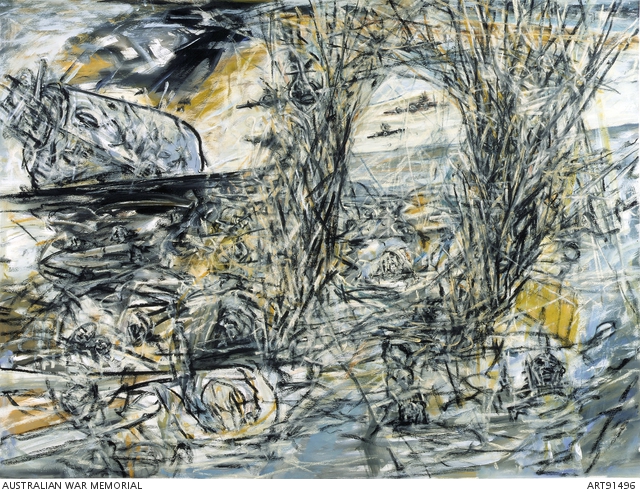 Jan Senbergs collaborated with Col Madigan, one of the Armidale survivors to create this work which forms part of a series of ten pastel drawings depicting the sinking of HMAS Armidale on 1 December 1942. Here the men who survived the sinking are shown clinging to whatever they could while Japanese aircraft continued to strafe them with machine gun fire.