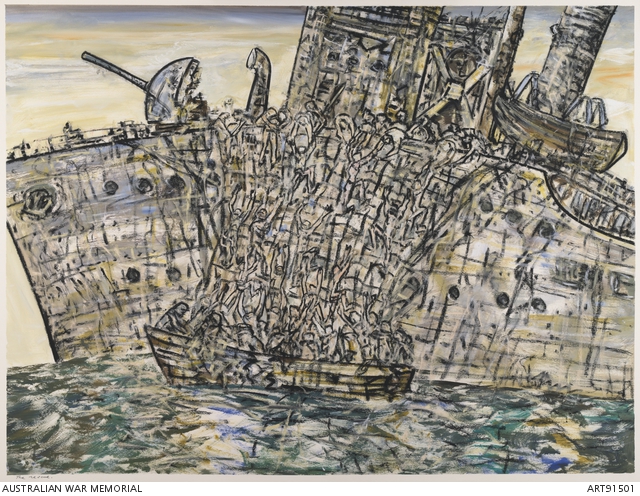 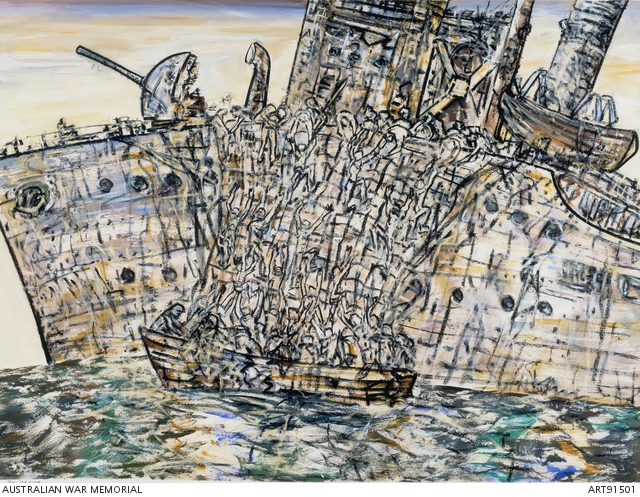 Jan Senbergs collaborated with Col Madigan, one of the Armidale survivors to create this work which forms part of a series of ten pastel drawings depicting the sinking of HMAS Armidale on 1 December 1942. After surviving on the ship's whaler for eight days at sea, twenty-seven exhausted men were taken aboard HMAS Kalgoorlie. The sense of a communal struggle for survival is strongly conveyed in this work through the faceless mass of bodies which are shown desperately trying to climb aboard the rescue ship.