The whaler breaks up 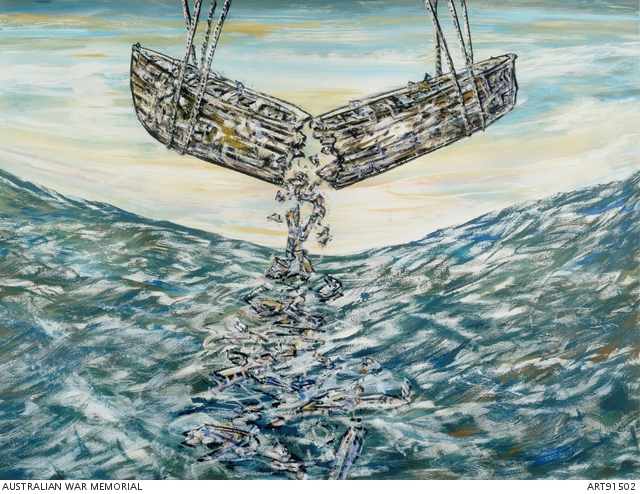 Jan Senbergs collaborated with Col Madigan, one of the Armidale survivors to create this work which forms part of a series of ten paintings depicting the sinking of HMAS Armidale on 1 December 1942. Twenty-seven men survived at sea on the ship's whaler before being rescued on the ninth day. The rescue ship tried to raise the whaler from the sea but it broke in two immediately after delivering the survivors to safety. Here the artist depicts the broken whaler in the final painting as a phoenix-like image rising from the sea.