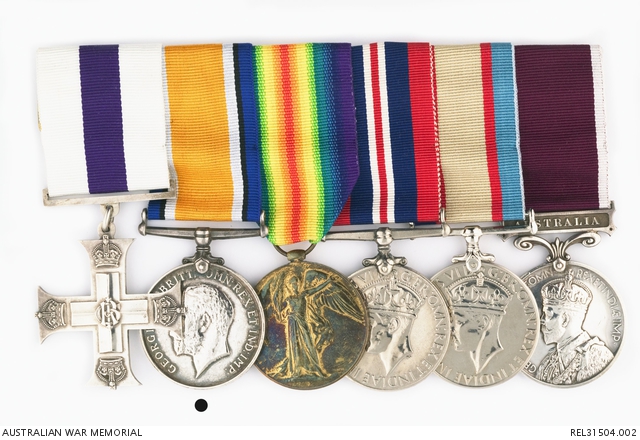 Awarded to Warrant Officer 1 George Snowdon who served in both the First and Second World Wars. Snowdon was born in England in 1886. He enlisted in Victoria on 6 May 1916 and was assigned to 7 Field Artillery Brigade Headquarters, with the service number 18416. He served as a specialist armament artificer in France and Belgium and was awarded a Military Cross for his actions. Later in the war Snowdon transferred to Australian Army Ordinance Corps and shortly after this he became a permanent member of the Australian Military Forces (AMF) with the service number 1204. Snowdon was commissioned in the 1930s and on the outbreak of the Second World War Snowdon posted to Army Headquarters in Melbourne with the rank of captain and the service number was changed to VP7586. He was discharged on 30 November 1946.