Group portrait of members of Course 17A of 5 Initial Training School (5ITS) photographed on their ... 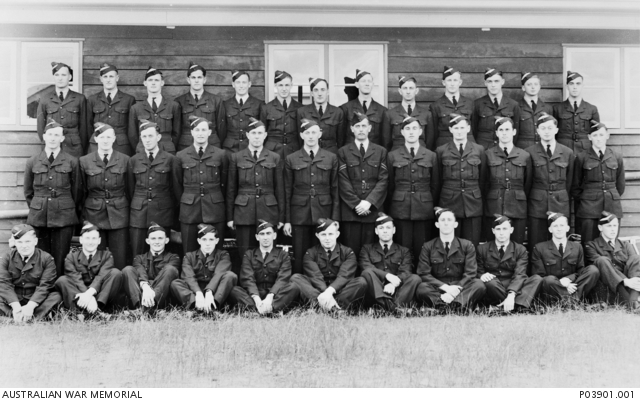