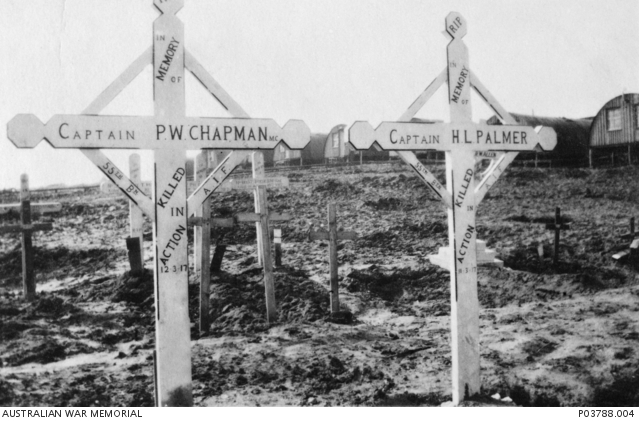 Born in the town of Glen Innes, NSW, Percy Chapman was the son of Archibald and Gertude Chapman. He was educated in Orange and Armidale, but was living in Goulburn by the time he enlisted on 5 March 1915.
Chapman embarked as a private with the 1st Light Horse Brigade on 28 June, but was soon transferred to the 3rd Infantry Battalion. He served for eight weeks on Gallipoli until the evacuation of the Peninsula, and reached France as a 2nd lieutenant, now of the 55th Battalion, in June of 1916.

The next few months were eventful for Chapman. In July he was promoted to lieutenant, and in August awarded the Military Cross. His citation read: ‘For conspicuous gallantry during an action. He repeatedly led bombing attacks along the enemy’s trenches and fought them back long enough to enable many of our wounded to reach safety.’ In October, Chapman suffered a gunshot wound to his leg and was transferred to England to recuperate. When he reached the front again in December, he was promoted to captain.

On 12 March 1917, Chapman was reported missing in the advance to Bapaume. His body was found three days later near the German line. In a condolence letter to Chapman’s father, Sergeant Stephen Philip Livingstone wrote, “…the boys respected him so much that they always referred to him as Captain Chappie, and I never heard anyone speak a single disrespectful word of him…” Percy Chapman was buried in Bernafay Wood British Cemetery, Montauban. 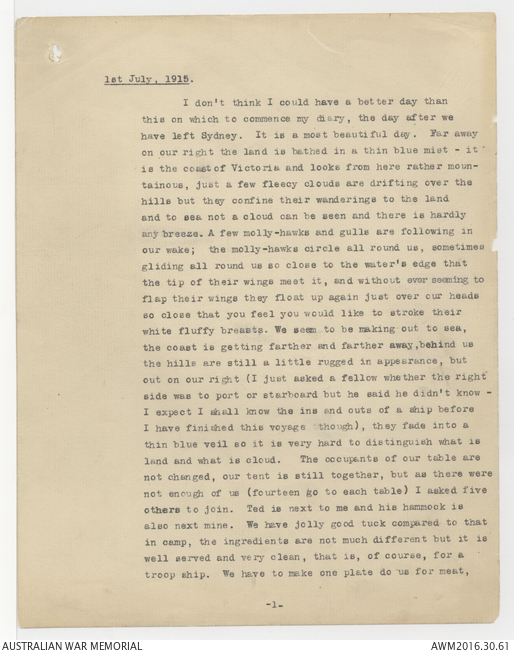 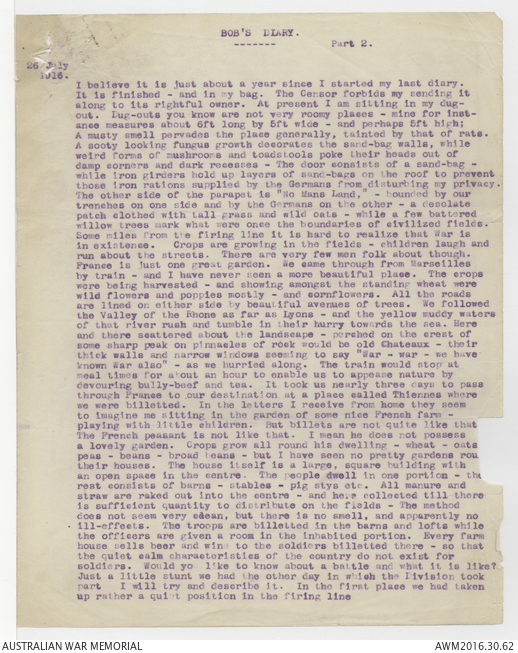 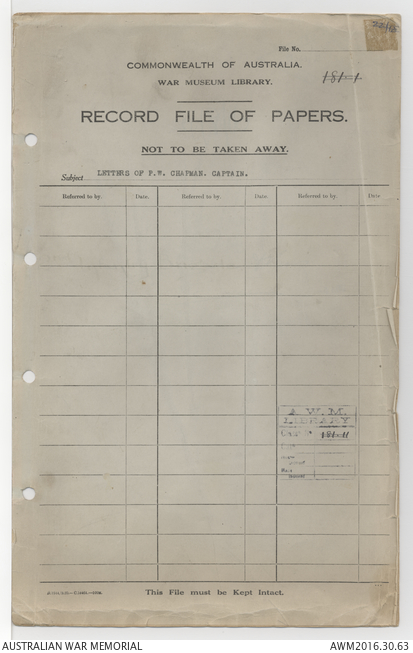 Photostat copy of letters from Percy Wellesley Chapman to his mother, 5 April 1915 to 1 February 1917

Photostat copy of letters from Percy Wellesley Chapman to his mother, 5 April 1915 to 1 February 1917