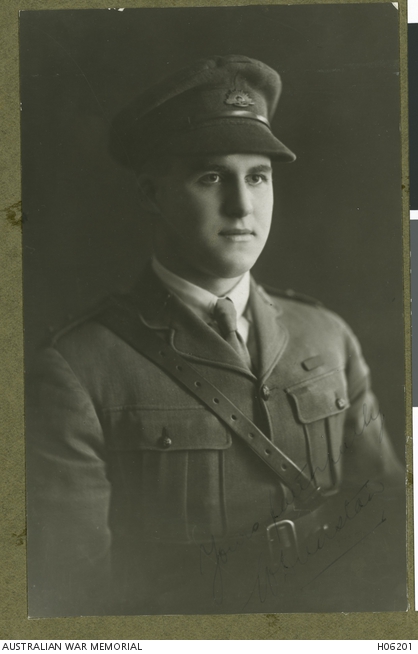 William Dunstan was born in Ballarat, Victoria, in March 1895 and employed as a drapery story clerk when the First World War broke out. In June 1915 he enlisted in the AIF, joining the 7th Battalion as a reinforcement. He was Mentioned in Despatches before taking part in the battle at Lone Pine, where he was to win the Victoria Cross.

On 9 August Dunstan was part of a group of soldiers defending a newly captured trench when the Turks made a determined counter-attack. Dunstan, together with Lieutenant Frederick Tubb, Corporal Burton, and six others, kept firing over the parapet. When a large explosion blew down the barricade, Dunstan and Burton began to rebuild it, while Tubb kept the enemy at bay. Before the work was complete a bomb burst between the men, killing Burton and temporarily blinding Dunstan. Dunstan was invalided to Australia and discharged in February 1916. He promptly rejoined the militia, serving in various ranks until he retired as a lieutenant in 1928.

He was presented with his Victoria Cross by the Governor-General on the steps of Parliament House, Melbourne; being a very reserved man, however, he found it a great ordeal. Dunstan's strength of character led him to a highly successful civilian career, particularly in the newspaper industry, and he was greatly respected in business, judicial, and parliamentary circles. Dunstan died suddenly of a heart attack in 1957.

In the early morning of 9th August the enemy made a determined counter-attack on a newly-captured trench held by Lieutenant Tubb, Corporals Burton, Dunstan and a few men. They advanced up a sap and blew in a sandbag barricade, but Tubb and the two corporals repulsed the enemy and rebuilt the barricade. Strong enemy bombing parties twice again succeeded in blowing in the barricade, but on each occasion the enemy were repulsed and the barricade rebuilt, though Tubb was wounded and Corporal Burton killed while most gallantly building up the parapet under a hail of bombs. 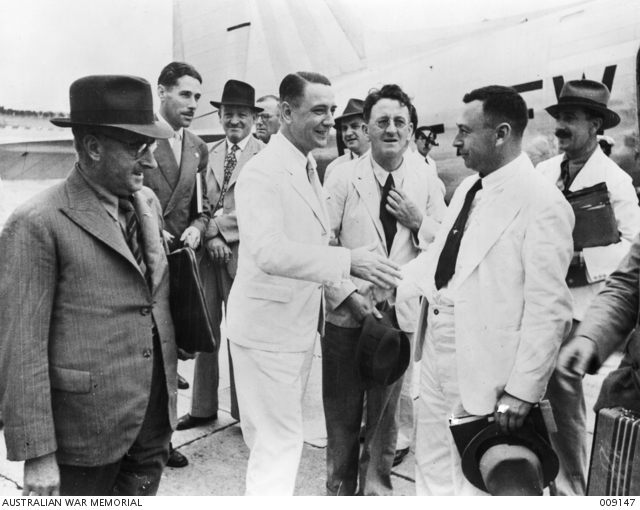 ARRIVAL OF THE PRESS DELEGATION AT SINGAPORE. L-R: MR. W.E. KITTLE, EDITOR OF THE TELEGRAPH ... 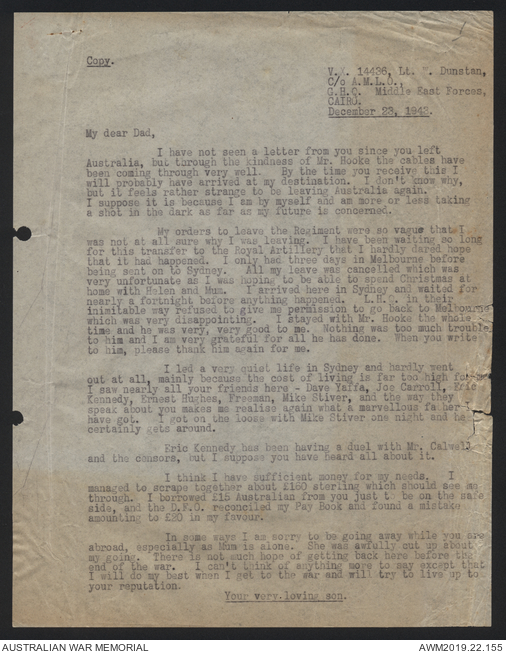 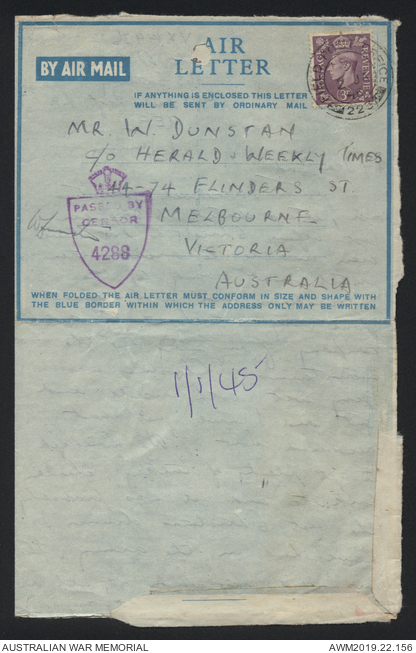 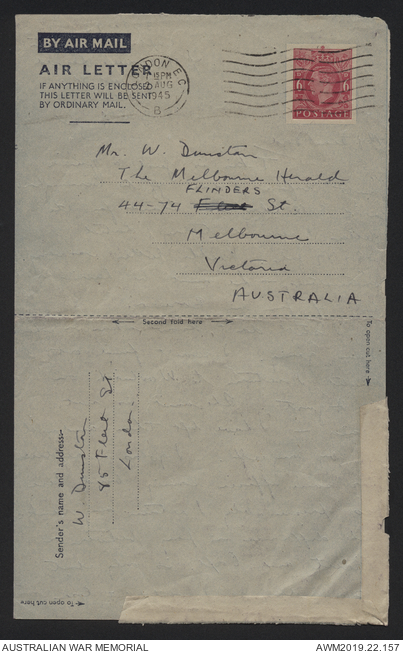 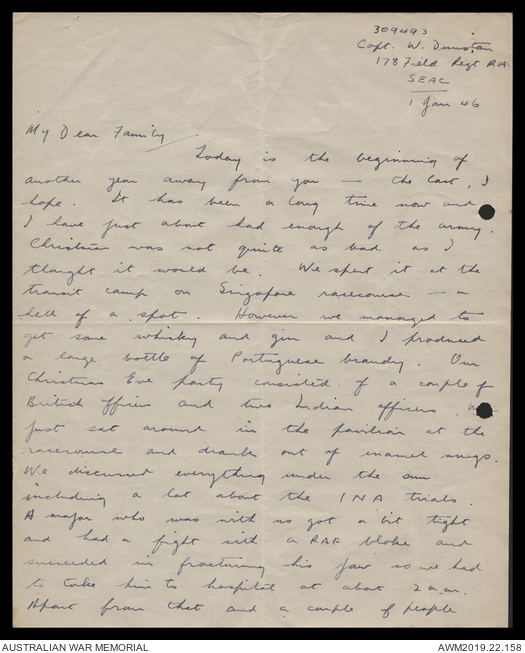