- Series 11: Correspondence and other papers 1915 - 1930 related to the Dardanelles Campaign 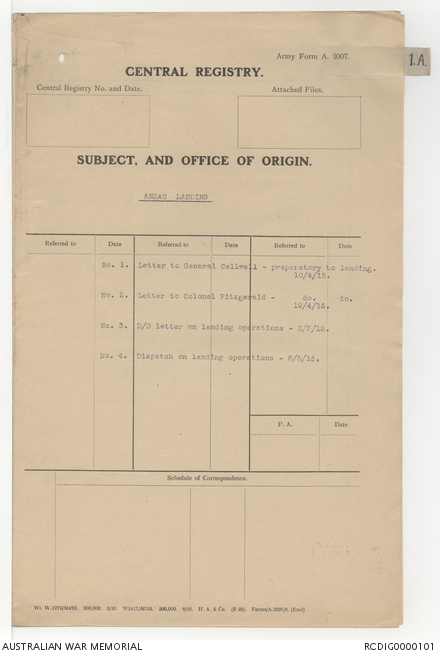 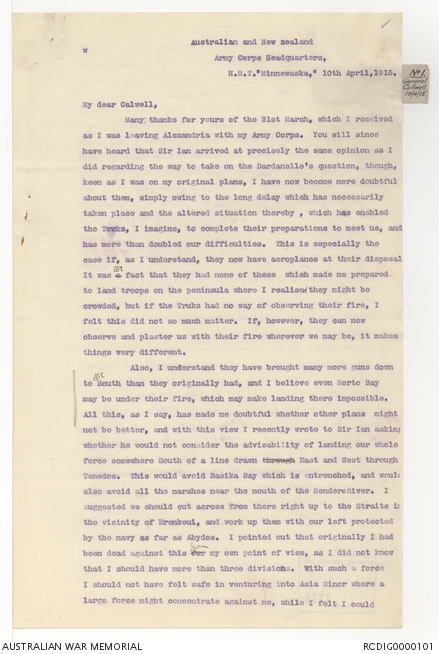 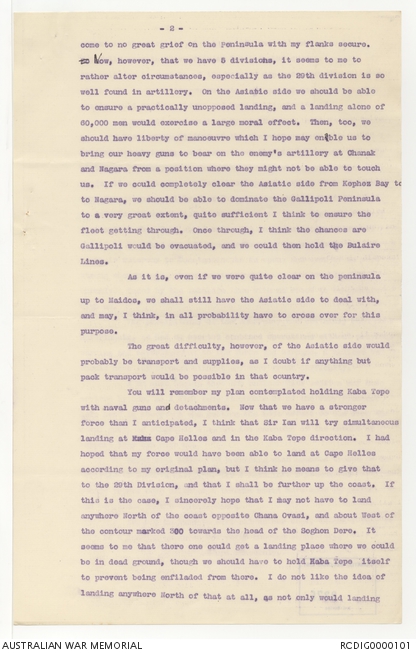 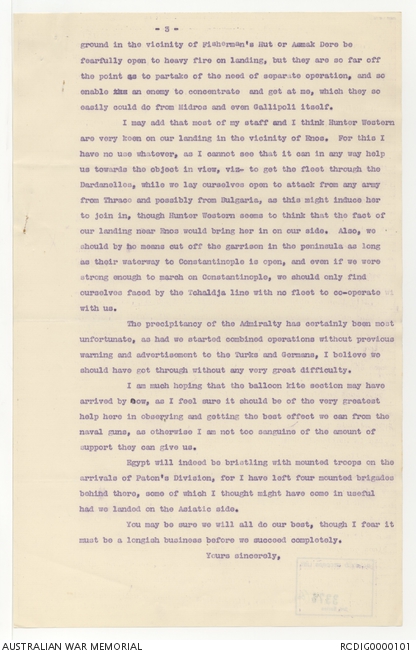 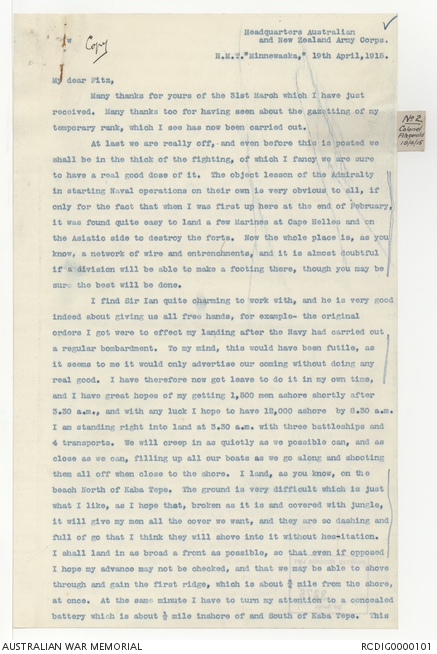 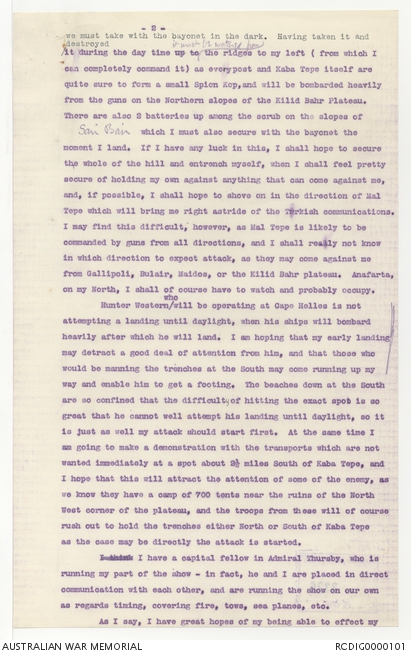 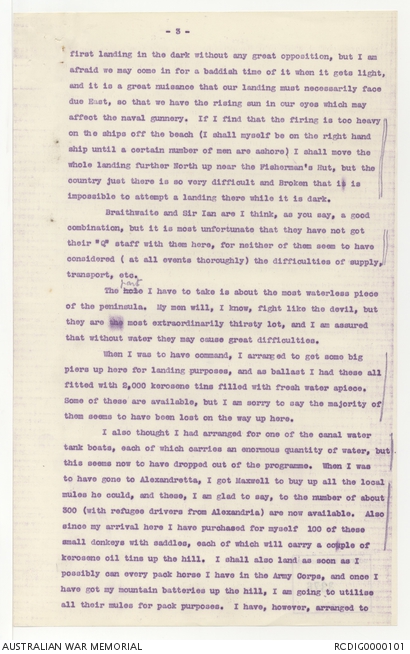 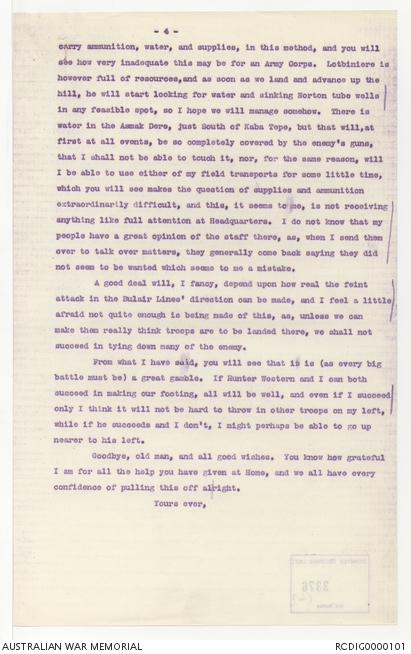 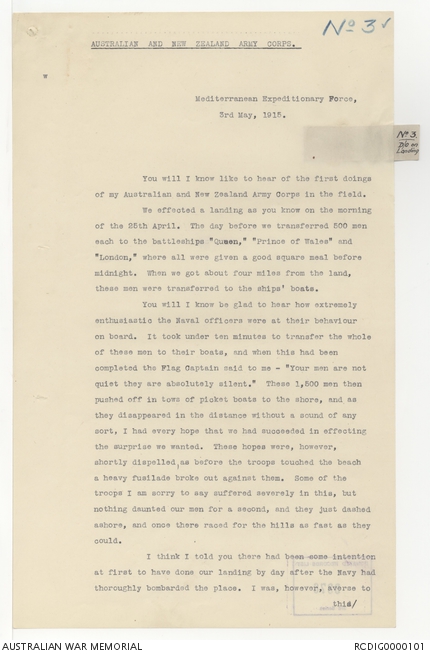 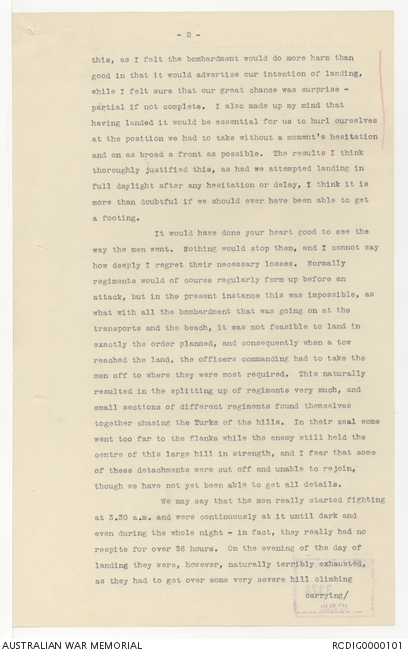 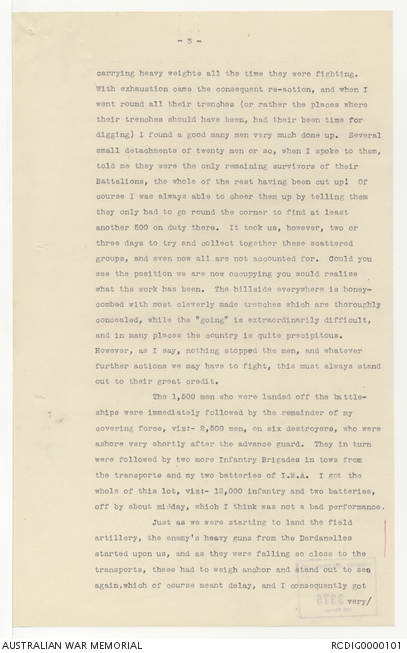 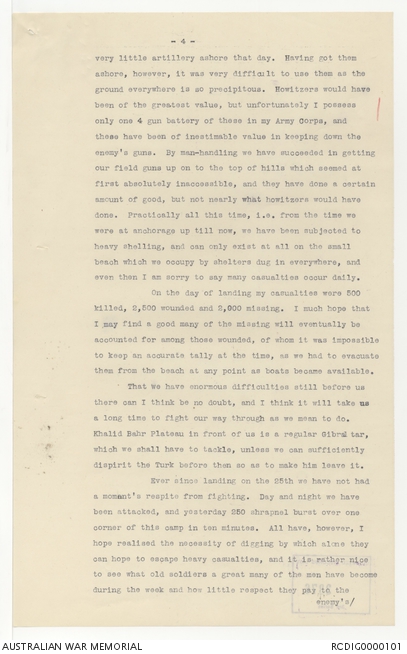 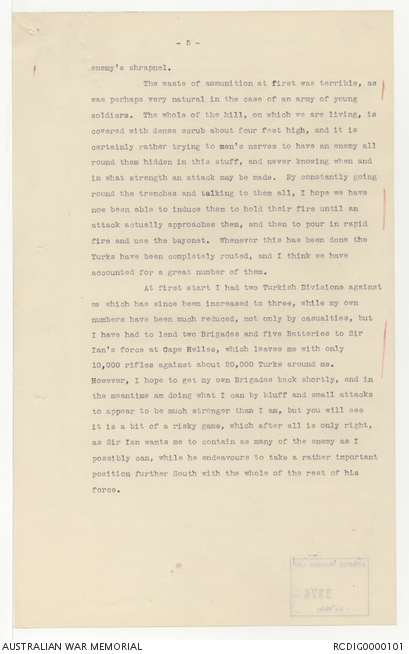 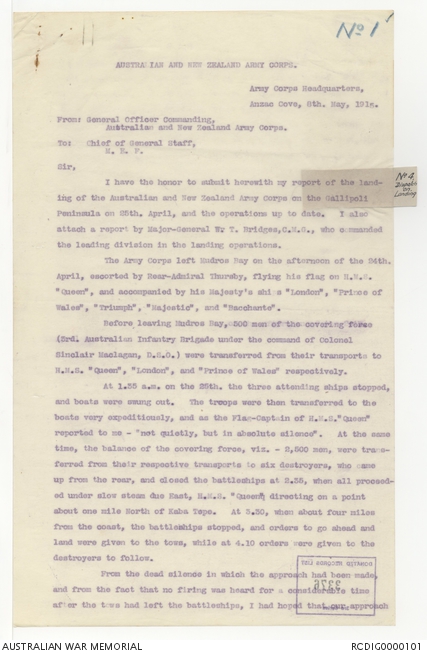 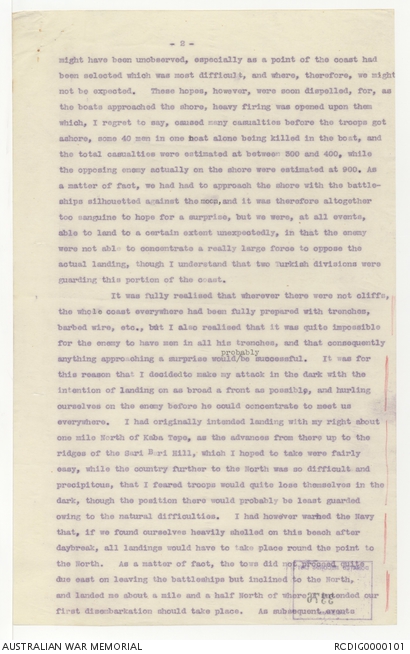 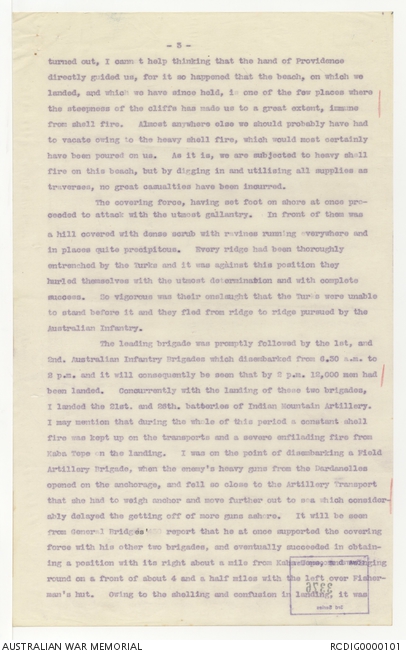 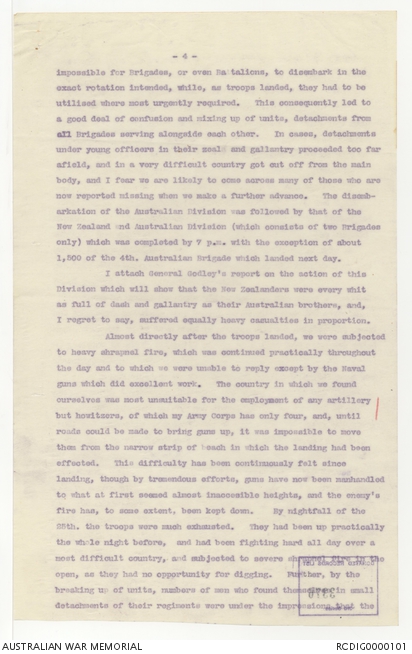 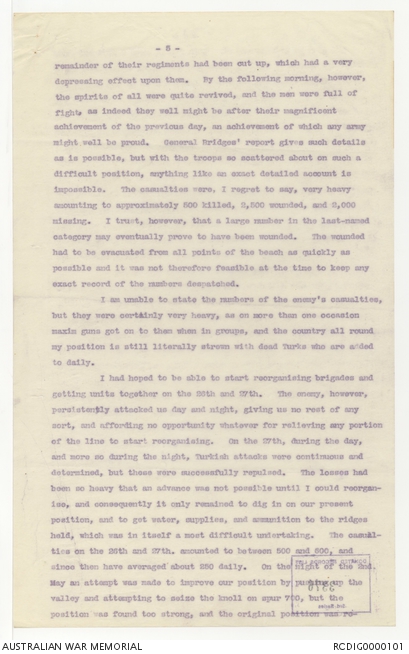 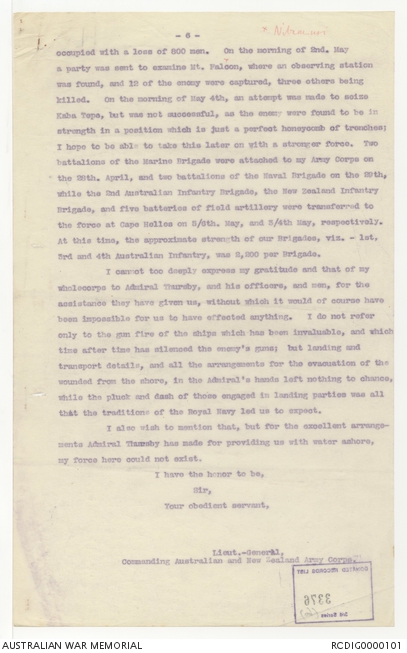 This file includes letters written by Field Marshal Lord William Birdwood relating to preparations for the landing and operations at Gallipoli on 25 April 1915. Some of the topics discussed include Birdwood's concern over the delay with executing the plans for the landing, the lack of water on the peninsula, the landing itself, and the immediate aftermath. A letter addressed to Major General Walter Pipon Braithwaite as Chief of General Staff, Mediterranean Expeditionary Forces, contains a detailed account of the landing at Gallipoli. The file itself was part of Item 1 on Birdwood's list of files submitted as evidence to the Dardanelles Commission. This original list can be found in 3DRL/3376 11/15 File 1.
This file contains:
Letter from Birdwood to General Charles Edward Callwell – preparatory to landing, 10 April 1915
Letter from Birdwood to Colonel Oswald Arthur Gerald Fitzgerald – preparatory to landing, 19 April 1915
D/O letter on landing operations, 3 May 1915
Dispatch to Major General Walter Pipon Braithwaite on landing operations, 8 May 1915