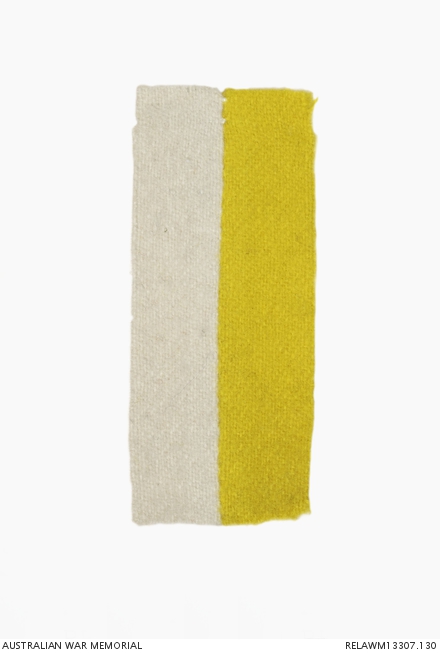 The 32nd Battalion was raised as part of the 8th Brigade at Mitcham, on the outskirts of Adelaide, on 9 August 1915. Only two companies were raised from South Australian enlistees - another two were formed in Western Australia and joined the battalion at the end of September. The battalion sailed from Adelaide on 18 November 1915.

The 8th Brigade joined the newly raised 5th Australian Division in Egypt, and proceeded to France, destined for the Western Front, in June 1916. The 32nd Battalion fought its first major battle at Fromelles on 19 July 1916, having only entered the front-line trenches 3 days previously. The attack was a disastrous introduction to battle for the 32nd -' it suffered 718 casualties, almost 75 per cent of the battalion's total strength, but closer to 90 per cent of its actual fighting strength. Although it still spent periods in the front line, the 32nd played no major offensive role for the rest of the year.

In early 1917, the German Army withdrew to the Hindenburg Line allowing the British front to be advanced and the 32nd Battalion participated in the follow-up operations. The battalion subsequently missed the heavy fighting to breach the Hindenburg Line during the second battle of Bullecourt as the 8th Brigade was deployed to protect the division's flank. The only large battle in 1917 in which the 32nd Battalion played a major role was Polygon Wood, fought in the Ypres sector in Belgium on 26 September.

Unlike some AIF battalions, the 32nd had a relatively quiet time during the German Spring Offensive of 1918 as the 5th Division was largely kept in reserve. The Allies launched their own offensive with the battle of Amiens on 8 August, in which the 32nd Battalion participated. It was subsequently involved in the operations that continued to press the retreating Germans through August and into September. The 32nd fought its last major action of the war between 29 September and 1 October when the 5th and 3rd Australian Divisions and two American divisions attacked the Hindenburg Line across the top of the 6-kilometre-long St Quentin Canal tunnel; the canal was a major obstacle in the German defensive scheme.

The 32nd was resting and retraining out of the line when the war ended on 11 November 1918. On 8 March 1919, after the gradual repatriation of men to Australia, the remnants of the 32nd Battalion were merged with the 30th Battalion.